next@acer keynote and the Aspire S24

IFA 2017 may not be officially be starting until September 1, 2017, but that doesn’t mean that the big names with a presence at the annual event aren’t already busy. In the case of Acer, the company from Taiwan held its next@acer keynote earlier today.

During the keynote, Acer actually had actually announced quite a few items of interes, but its principal focus was clearly set on a few things: A new all-in-one (AiO) desktop, its notebooks, and the new Predator Orion 9000 gaming PC. 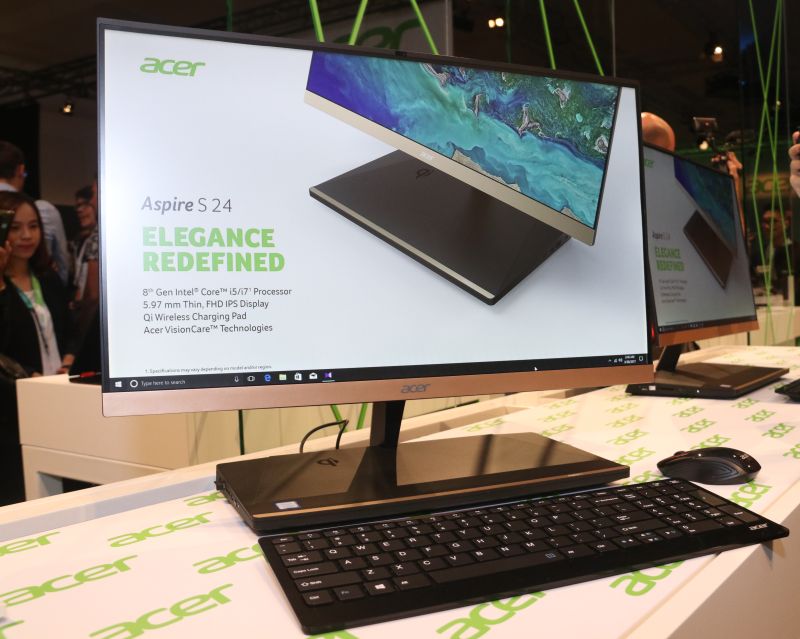 One of the first (of many) things that Acer announced on stage was its new AiO desktop PC, the Aspire S24. As its name suggests, the S24 features a 23.8-inch Full HD display which is exceedingly thinner than sum of other existing AiOs on the market. Adding on to that, all of the S24’s guts are actually built into the base of the machine, consisting of either a Core i5 or Core i7 based off of Intel’s latest 8th generation Coffee Lake architecture, and either a 256GB SSD or 2TB HDD storage.

The S24 is also Intel Optane Memory-ready, so users who would prefer the larger storage capacity can also take advantage of sequential read and write speeds of similar to an SSD. 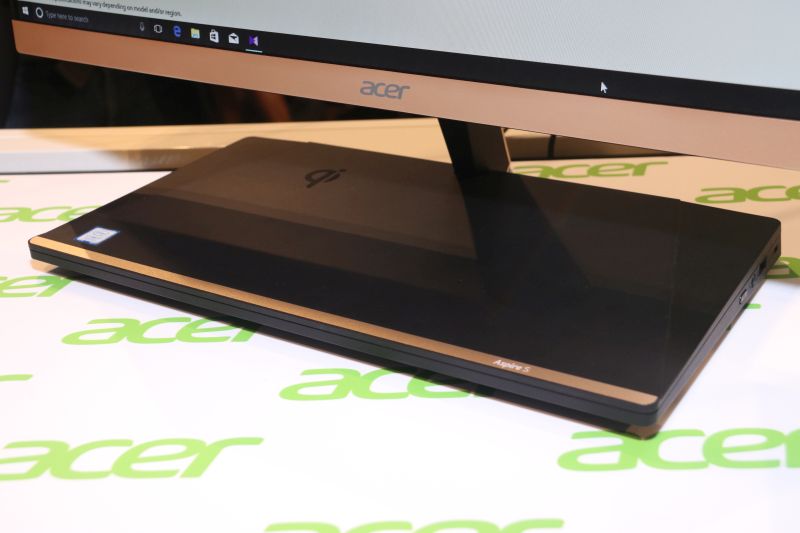 There is a Qi Wireless charging pad built into the top of the base, so if your smart device is Qi wireless-enabled, you can easily charge your device on top of the AiO.

Lastly, the base of the S24 also has a 2.1 channel sound system built into it. Coupled with Acer’s TrueHarmony and Dolby Audio Premium technology, the S24 is clearly built for entertainment.
Acer intends to bring the S24 to market by the end of 2017, at the earliest, with a starting price of 999 Euros (~RM5,078).