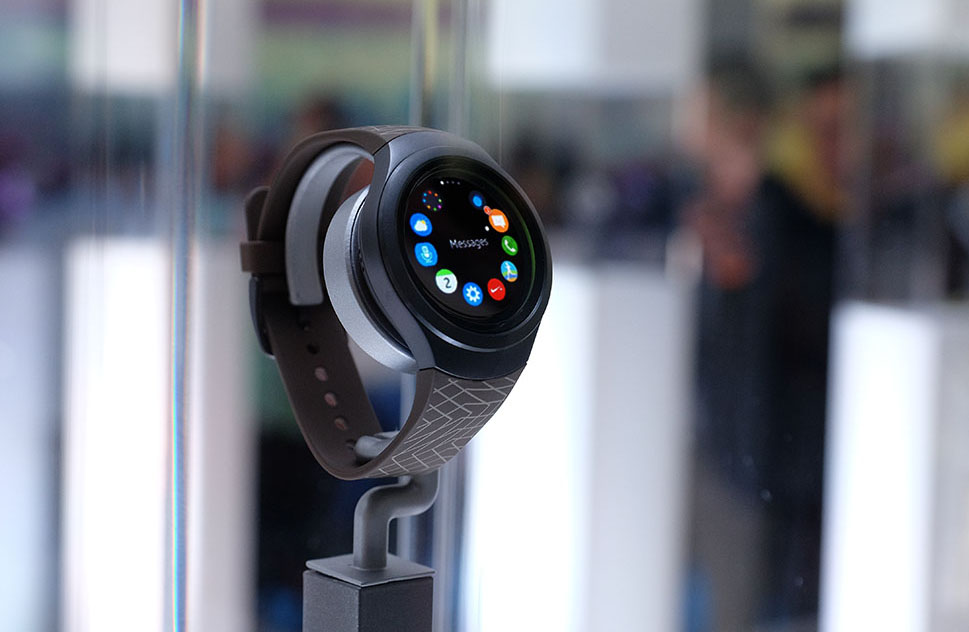 This is the smartwatch we deserve

Remember when we were all waiting for Apple to unveil its vision for the smartwatch and it ended up looking like, well... all the other smartwatches that had come before it? Perhaps Samsung has done a better job at re-imagining the smartwatch, with the unveiling of the Gear S2.

Samsung's previous smartwatch attempts have all been a bit more geek than chic, with huge rectangular designs that looked more like a computer strapped to your wrist than an elegant timepiece. This time round, Samsung has ditched the clunky, power-user aesthetic in favor of a sleeker, more traditional watch design.

There are actually two versions of the Gear S2: the sleek and sporty Gear S2, and the more traditional-looking Gear S2 Classic. 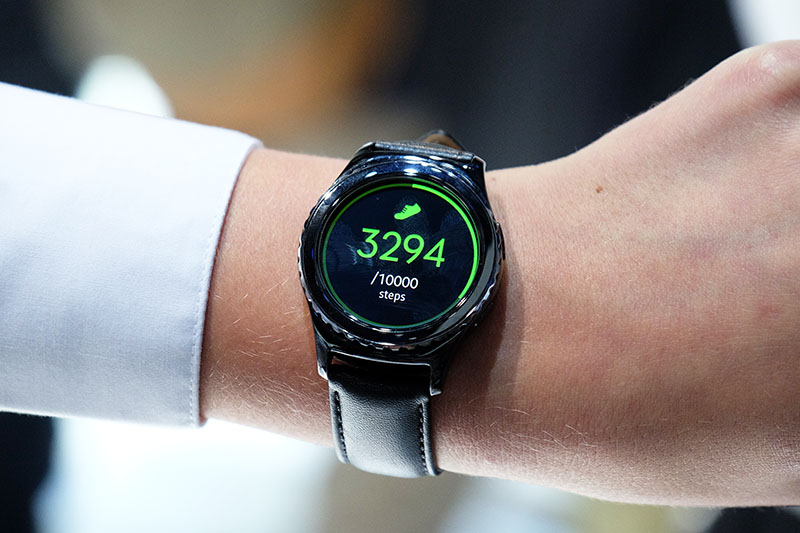 The main difference between the two is the bezel. On the regular model, its a smooth ceramic circle, 42mm in diameter; on the Classic, you get a 40mm knurled bezel, similar to the style you would find on a diving watch. The Gear S2 Classic also has more traditional watch lugs, in fact, it takes any 20mm watch strap, and comes with a handsome black leather strap. On the regular model, the rubber strap disappears into the case and, as such, you can only use Samsung's own watch straps.

Regardless of which version you choose, you're getting a stainless steel case and a 1.2-inch circular AMOLED display with a 360 x 360 pixels resolution, resulting in a pretty sharp 302 ppi. Like Samsung's AMOLED smartphones, colors on the screen look bright and vivid, with great contrast and deep blacks.

Which Gear S2 you end up with is more than just a simple matter of aesthetics. You see, the bezel is your main way of interacting with the watch, and the two watches handle pretty differently. The bezel rotates left or right with a light click, allowing you to easily navigate from app to app, or to scroll up and down when you're inside an app itself. On the Classic, the ridged edges let you rotate the bezel like you would on a diving watch, whereas on the regular model, you use your finger to apply pressure to the top, sort of like an iPod scrollwheel. On both versions, once you've scrolled to the app you want, you just tap the screen.

On the side of both watches you'll also find two physical buttons: the top one serves as a Back button, while the bottom one is a Home button. Of course, just like other smartwatches, there's a sensor that will activate the display whenever you raise your wrist. 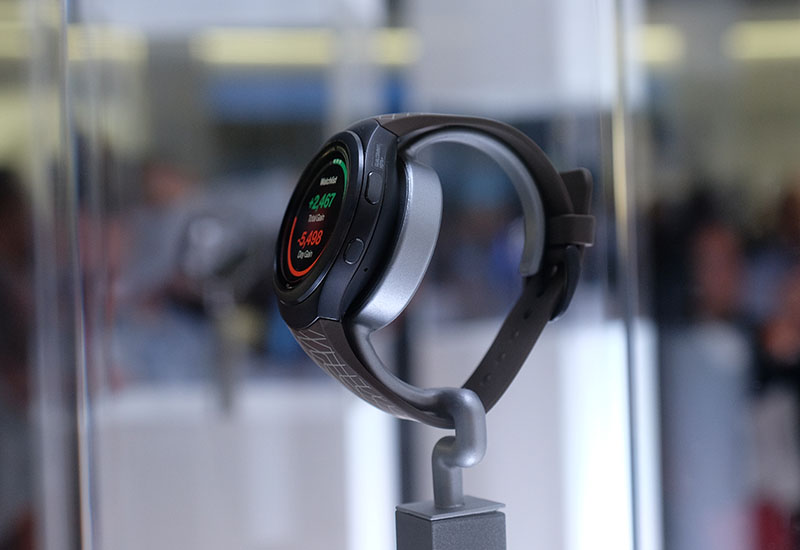 The rotating bezel is by far the best thing about the Gear S2. It's incredibly intuitive and it just feels so right for a watch, it's amazing no one has thought of it before. Compared to smartwatches with touchscreen-only input, or even the Apple Watch's rotating crown, the Gear S2 feels a lot less fiddly to use, and we found the smooth yet clicky bezel oddly satisfying to rotate.

Along with the Apple Watch, this is one of the first smartwatches that has tried to create a new user experience for a smartwatch, rather than just shrink down the touch-and-swipe interaction of a smartphone (like all Android Wear watches). If smartwatches are going to stick around, this is the kind of innovation we need.

Like most of Samsung's recent smartwatches, the Gear S2 runs on Tizen OS, which unfortunately means that it won't be able to share apps with other circular smartwatches like the LG G Watch R or Moto 360. However, Samsung has also confirmed that "a variety of apps optimized for the Gear S2’s circular user interface will be available at launch." Samsung has already revealed apps from big names like Uber, Twitter, and Nike. In total, the company expects to have over a thousand apps in the Tizen store when the watch hits retailers in October. 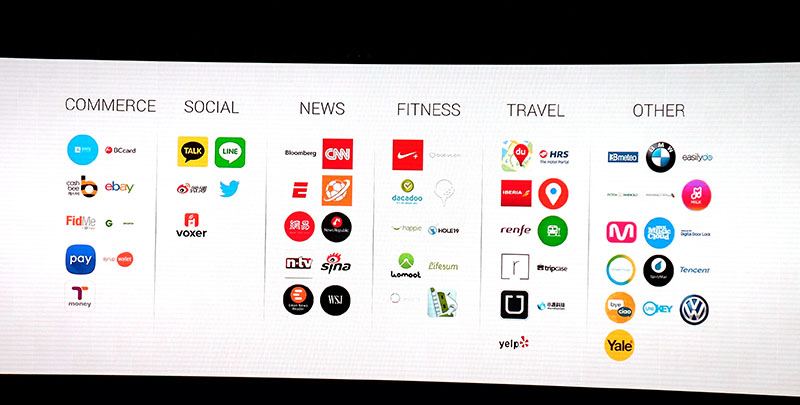 Unlike Samsung's other Tizen smartwatches, you won't need the latest Samsung device to connect with the Gear S2. In fact, it's compatible with any Android smartphone running Android 4.4 or later, with at least 1.5GB RAM. Unfortunately, there's no iOS connectivity, and with Android Wear coming to iOS, that means the Gear S2 will be one of the only smartwatches not compatible with iPhone.

As for raw specs, we saw earlier this week that both versions of the Gear S2 will be powered by a dual-core 1.0GHz processor, with 512MB RAM and 4GB internal storage space. Other specs include IP68 certification for dust and water resistance, NFC, Bluetooth 4.1, Wi-Fi 802.11 b/g/n, a 250mAh battery (stated to last up to 2-3 days) and wireless charging support. There'll also be a version of the regular S2 with 3G connectivity via an embedded e-sim. That means you'll be able to use it without a pairing it with a smartphone.

All things considered, the Gear S2 is easily the most promising smartwatch we've seen so far. In terms of build, design, weight and feel, the Gear S2 feels like a watch first and a computer second, and it's the first smartwatch we've felt that has really nailed both the aesthetic appeal and the user experience.

Both the Gear S2 and Gear S2 Classic are due in stores sometime in October, but Samsung hasn't announced any other information beyond that, including what the watches will cost. We're optimistic about the Gear S2 for now, but we'll reserve judgement until after we've found out how much it will cost.