Huawei’s latest P30 Pro smartphone features a new camera system co-developed with Leica that’s certainly a marvel of technology. Not only have does it utilize a new periscope-style design to incorporate a telephoto lens capable of giving you up to 10x hybrid zoom in an extremely slim body, it also harnesses AI to deliver excellent images even in complicated lighting situations.

The camera system is said to be able to offer up to 50x SuperZoom using computational photography techniques to fill in the missing information. But how does it compare to just simply cropping the equivalent segment from a full-resolution image?

For starters, images taken at the full 50x Superzoom measure in at 3,648 x 2,736 pixels. Switching settings to use the full 40MP sensor only gives you a 7,296 x 5,472-pixel image, while capturing in RAW and then processing the final image in Lightroom provides a 7,280 x 5,456-pixel image. As you can see, it appears that image processed from the RAW file has better contrast and dynamic range, but it’s not significantly larger. Either way, the images fall short of being large enough for us to just do a simple crop to get the same result as with SuperZoom, so the SuperZoom image is definitely more than just a simple crop-and-enlarge image.

For comparison, we did some interpolation in Photoshop to get an image roughly the same size as the Superzoom capture, as you’ll see below. 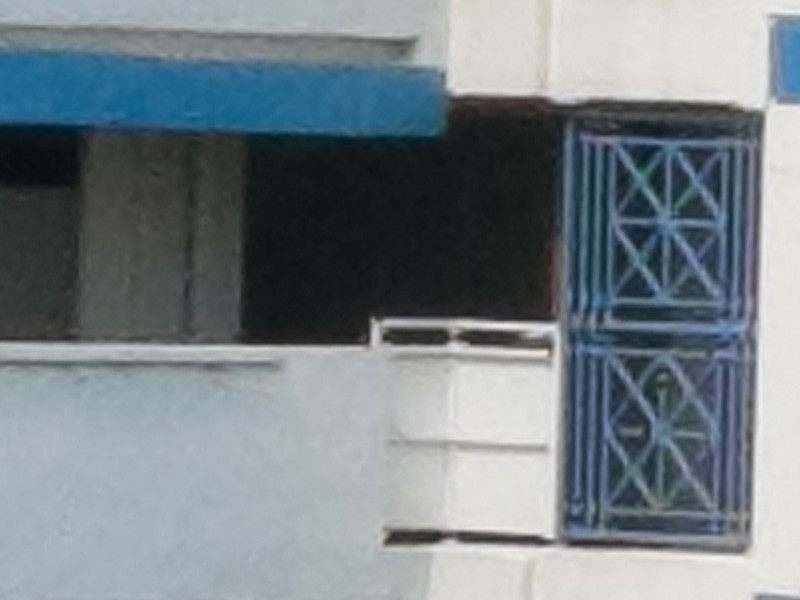 Obviously, SuperZoom is better. But is there much more detail to be had from the capture? As you can see from the 100% crop above, you won’t be able to get much more information from the SuperZoom image as heavy aliasing sets in. Clearly, that’s the limit at which the sensor can capture.

That being said, when you consider that this was done by a smartphone camera system and not a camera with a much larger lens to get the equivalent level of reach, then it’s certainly impressive what Huawei has been able to accomplish.

A version of this article first appeared in the May 2019 issue of HWM.