Here are 10 things we discovered about the iPhone X

Here are 10 things we discovered about the iPhone X 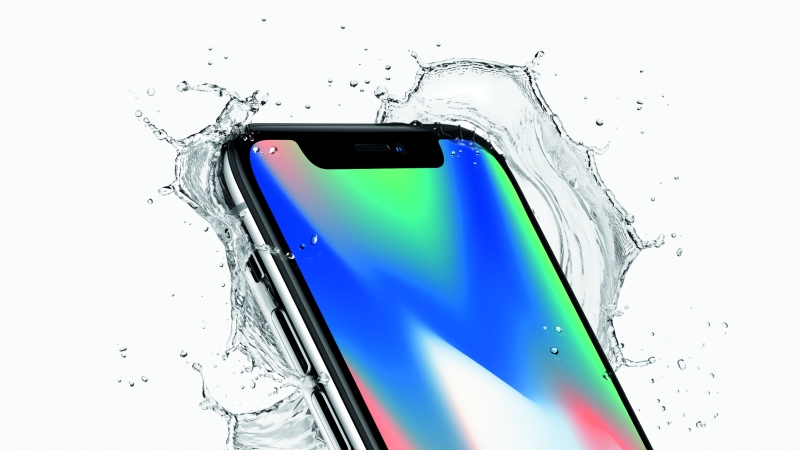 The iPhone X was finally made available in Malaysia and 12 additional countries on Friday, November 24. Not only is it the biggest redesign of the iPhone in years, the iPhone X is also the most expensive iPhone to date, starting at RM5,149 for the 64GB variant and topping off at RM5,899 for the 256GB variant. Color options include Space Gray and Silver. 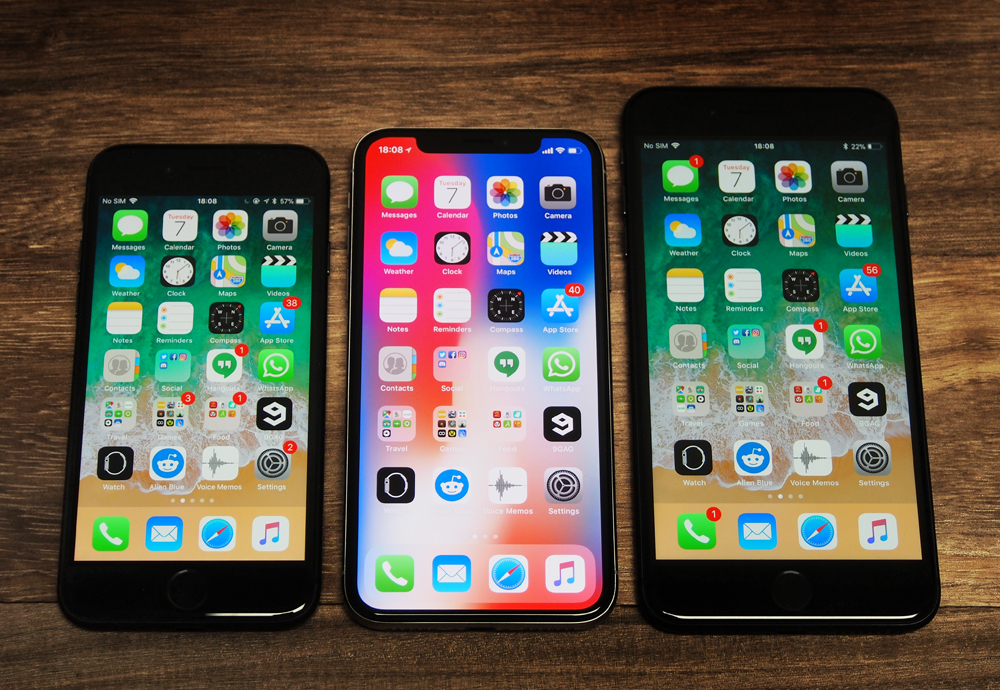 Unlike the iPhone 8 series, the iPhone X is only available in one screen size, a 5.8-inch 'all-screen' Super Retina display that puts it in between the 4.7-inch iPhone 8 and 5.5-inch iPhone 8 in terms of usable screen area. In fact, the iPhone X's display is only marginally wider than the iPhone 8 (2.5-inch vs. 2.3-inch, to be exact), but the tallest of the three devices at approximately 5.3-inch, resulting in a peculiar 19.5:9 aspect ratio.

Let's not forget that the iPhone X is also equipped with a plethora of innovative features, including, but not limited to, the A11 Bionic chip with neural engine, and TrueDepth camera system. The latter consists of a combination of a dot projector, infrared camera, and flood illuminator to create an accurate facial map using more than 30,000 invisible dots to be stored on-device in a 'secure enclave' similar to Touch ID.

But if you're still on the fence about the iPhone X (reviewed here), here are 10 things you should know about the device before you make the plunge.

1) A potential hiccup in iCloud backup

Thanks to iOS 11, there is now an easy way to upgrade from an existing iPhone to the new iPhone X. By putting the two devices in close proximity, Quick Start will guide you through the setup process, which then culminates in choosing an iCloud backup to be restored onto the new device.

Prior to this, you would have already inserted a new (or existing) SIM card into the iPhone X. So far, so good. But if you have two-factor authentication enabled for more than one Apple ID (one for iCloud, the other for iTunes), we recommend that you add a secondary trusted phone number or device before proceeding with the iCloud backup restore. 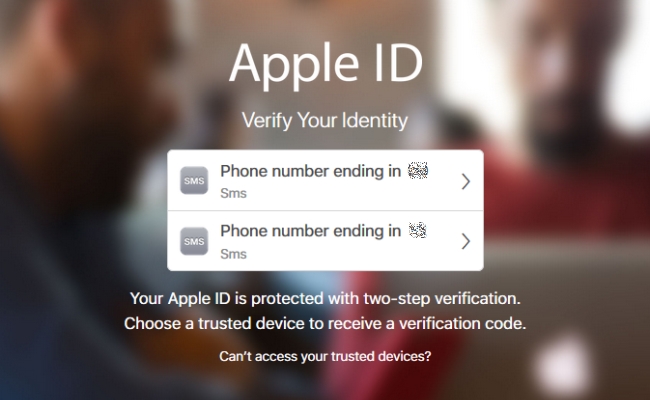 Depending on your set up, you will either receive a four-digit or six-digit verification code via SMS (or onscreen prompt) on your trusted device. You will be required to authenticate each Apple ID that is associated with the iCloud backup to make sure everything is transferred successfully.

By doing away with the Home button, Apple has effectively replaced Touch ID with another biometric authentication method – one so secure that it claims there is only one in one million chance of another person unlocking the phone with their face. To put this into perspective, the probability of this happening with Touch ID and another person's fingerprint is one in 50,000.

Setting up Face ID couldn't be easier: complete the facial scan twice by doing a circular motion with your face, and you're done. No more having to register multiple fingers. Face ID is said to adapt to changes in your face over time, and since I can't grow a beard to save my life, my test is limited to taking off my glasses and changing my hair. On average, it took a little more than one second to unlock the iPhone X using Face ID. It also works great in the dark, and as an extra security option, you can prevent others from unlocking the phone while you sleep with 'Require Attention for Face ID' enabled. 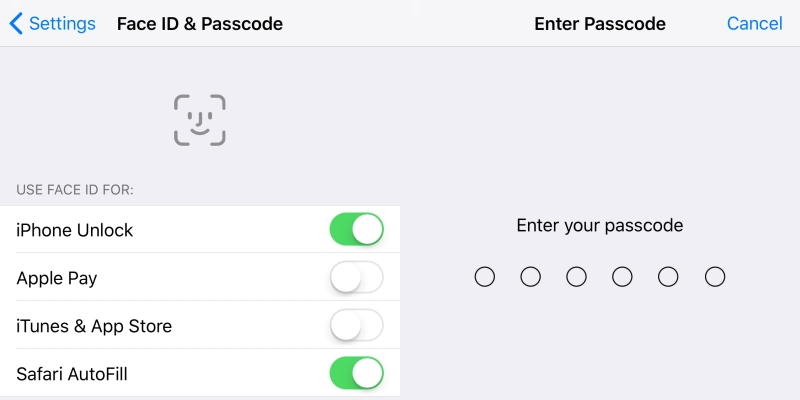 Contrary to what you might think, Face ID is not the only way to secure your iPhone X. The good ol' six-digit passcode is here to stay (mostly as fallback authentication).

Here's a neat trick: press and hold the Volume Down and Side (aka Sleep/Wake) buttons simultaneously to temporarily disable Face ID on the iPhone X.

3) Not all apps are ready for iPhone X's screen

Despite launching three weeks after the U.S., you'll find that not every app or game is updated to accommodate for the iPhone X's screen and, subsequently, the notch where the TrueDepth camera resides. At the moment, Fave, Google Maps, Kindle, Lazada, LINE, and Steam are examples of popular apps that are yet to be optimized for the device. 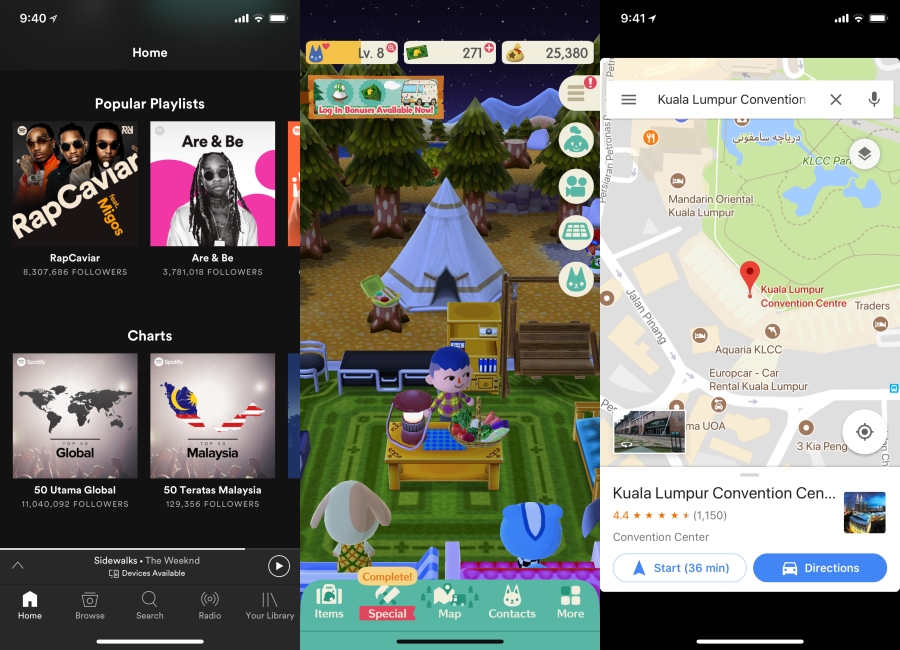 4) Fullscreen video (with a catch) 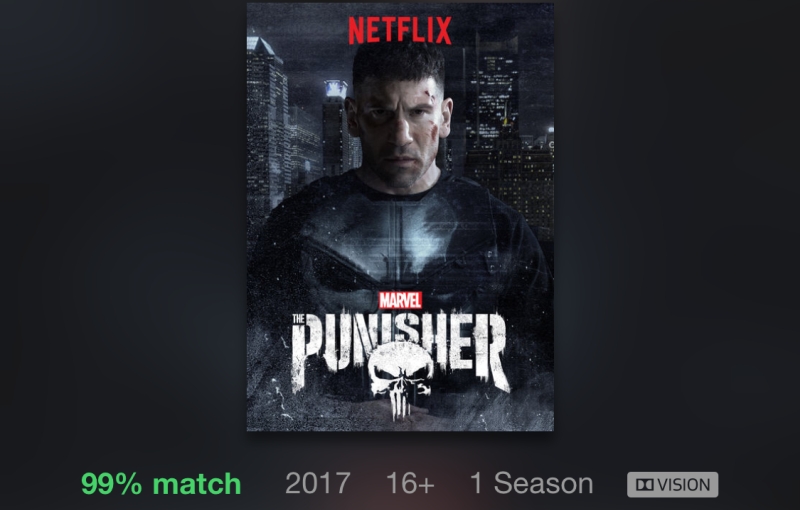 The 5.8-inch Super Retina display on the iPhone X is an OLED screen with 1,125 x 2,436-pixel resolution and 458 PPI. In addition to wide color support, it boasts a 1,000,000:1 contrast ratio, 3D Touch, and True Tone, which dynamically adjusts colors based on ambient lighting. More importantly, it supports HDR video playback – both Dolby Vision and HDR10 standards – with 4K HDR content from the iTunes Store, Netflix, and Vimeo. Sadly, the YouTube app has yet to include HDR support for the iPhone X. 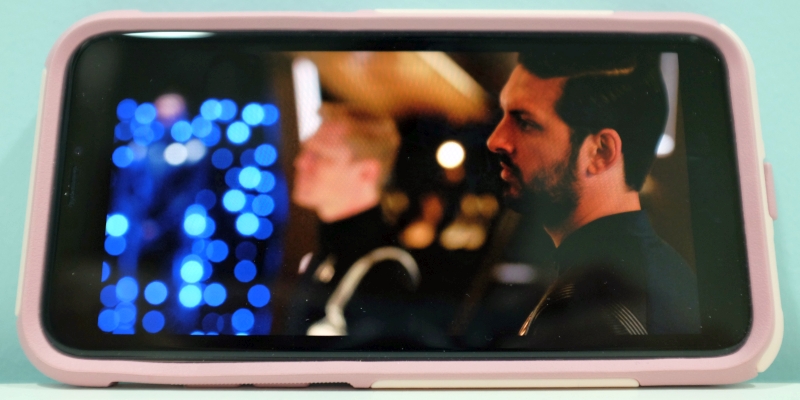 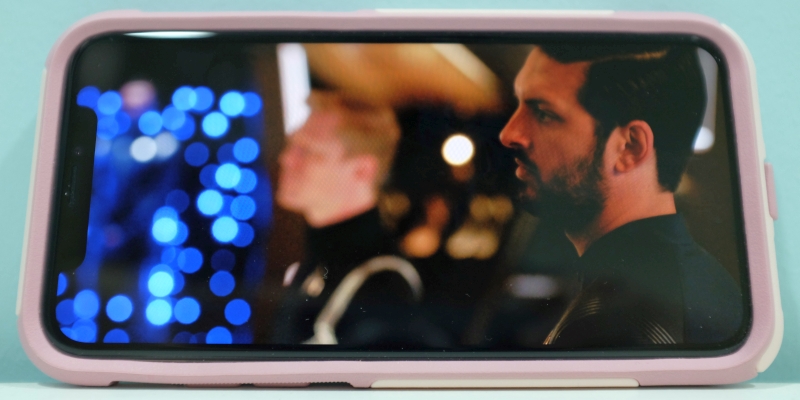 Depending on the aspect ratio of the video content, there will be some degree of black borders during playback. A double-tap on the screen will fill out the display, but this, in turn, makes the notch obscure a small part of the video. Your mileage may vary. 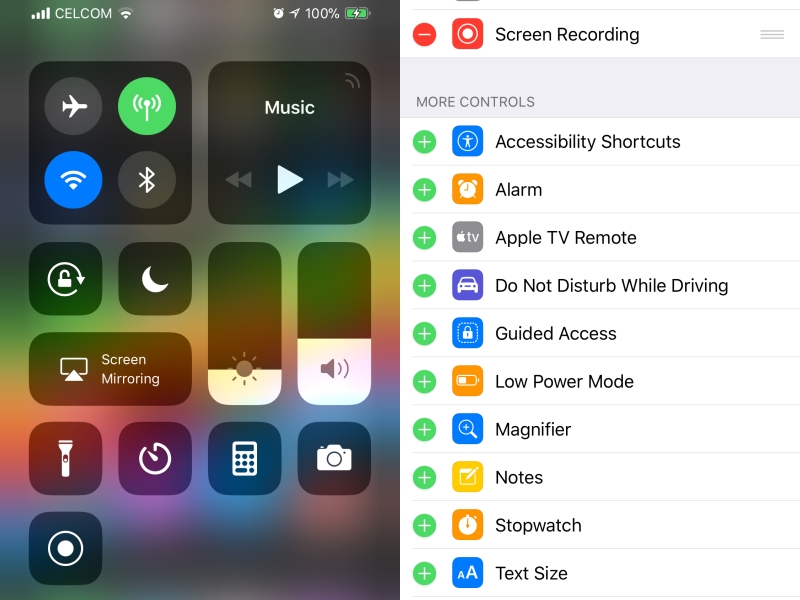 The lock screen, on the other hand, offers two shortcuts: Flashlight and Camera. You'll need to press and hold gently (ala 3D Touch) to activate them. 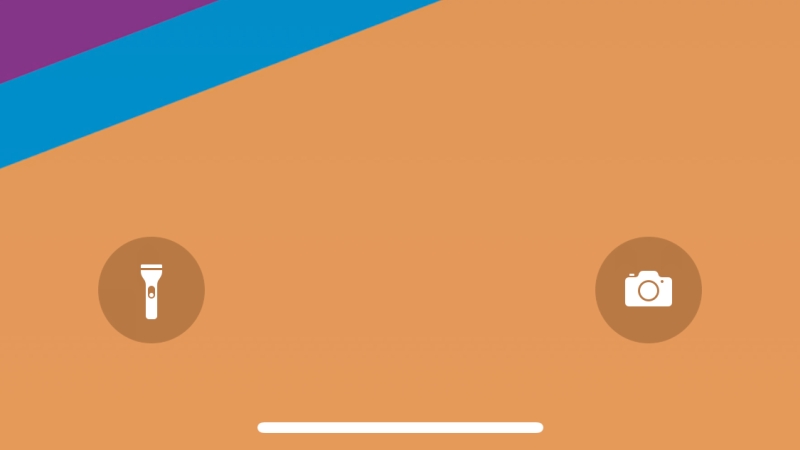 6) Reach out and touch the top

Similar to the Plus models, the iPhone X supports the Reachability feature, which is off by default. Instead of double-tapping the Home button, it can now be toggled simply by swiping down the bottom edges of the screen. There's a chance you may not get it on your first try, as you're expected to swipe down where the Home bar resides. 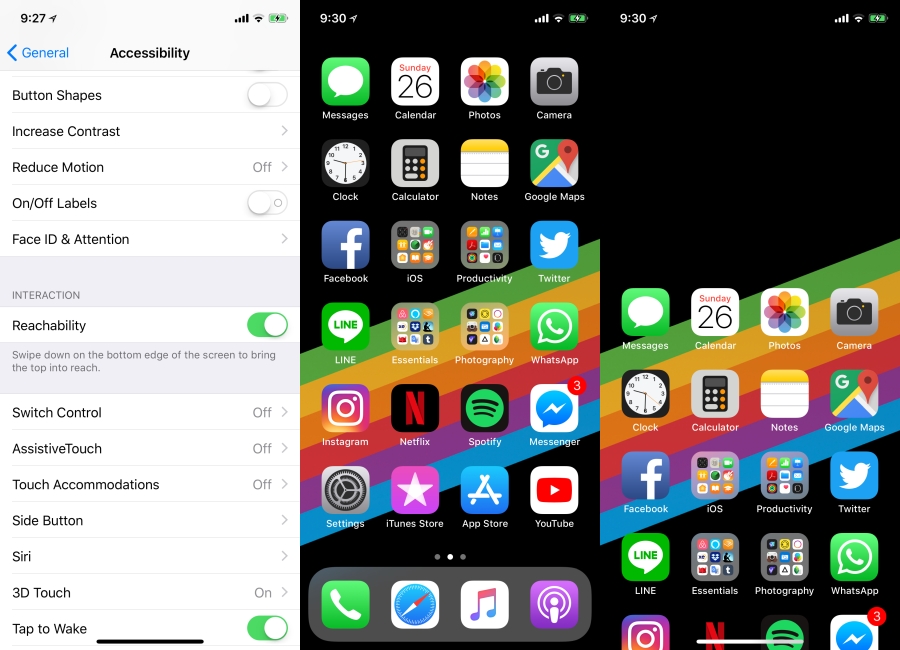 The gesture-based Home bar, which resembles a thin line at the bottom of the screen, lets you quickly switch between recent apps by performing a swipe left or right gesture. If you prefer to access the App Switcher instead, simply swipe up and hold to bring up the rounded app cards. 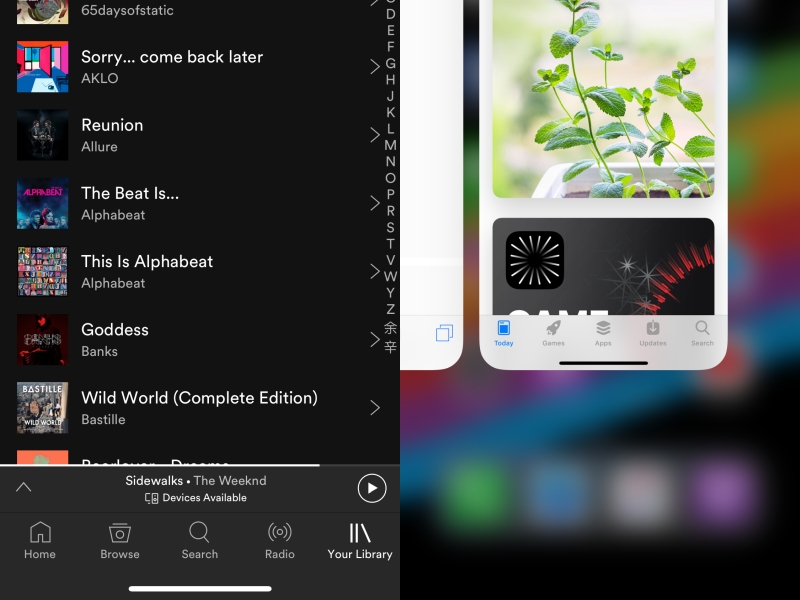 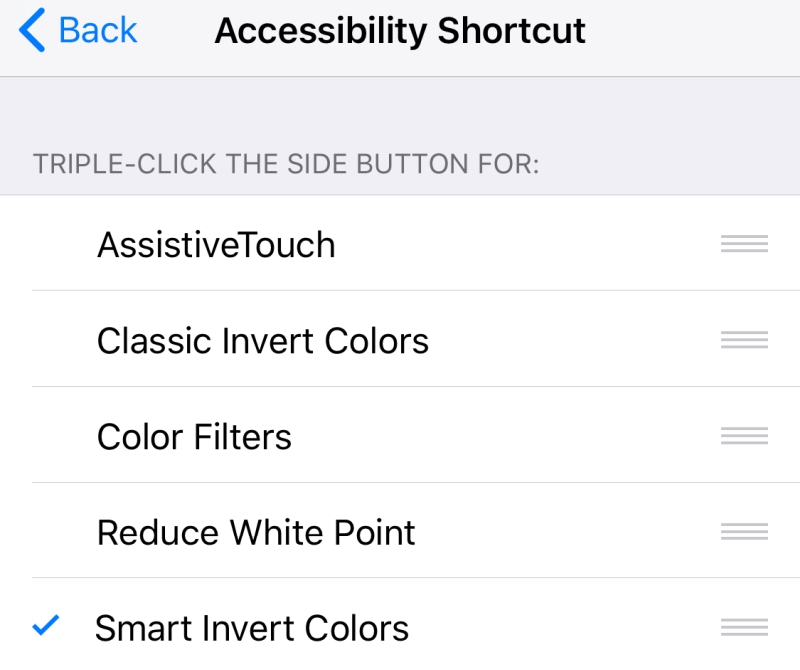 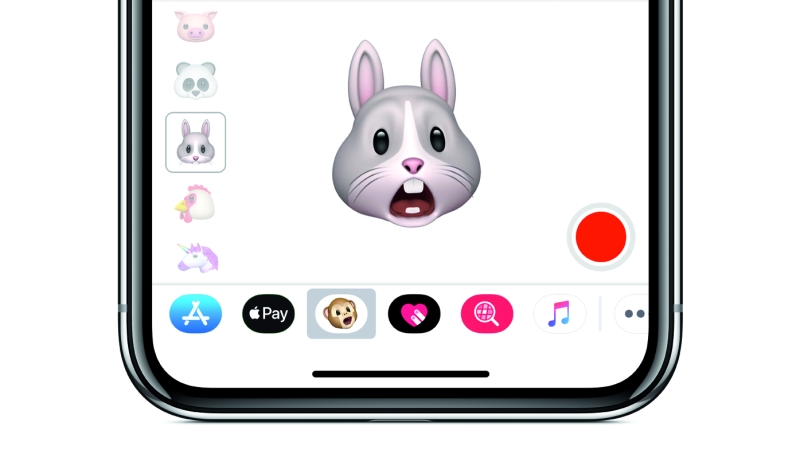 We can't talk about the iPhone X without mentioning Animoji. These animated emoji mirror your facial expressions in real time through the TrueDepth camera, which Apple says "captures and analyzes over 50 different facial muscle movements". Whether it's a head bop, a nostril flare, or an agape mouth, you can record up to 10 seconds of Animoji video to be sent over iMessage.

Of course, some users have found ingenious ways to work around the 10-second limit. Screen Recording is one method of capturing longer videos, but you'll probably want to crop out the rest of the screen. We tried this with iMovie, and it worked brilliantly.

9) Selfies with an AR twist 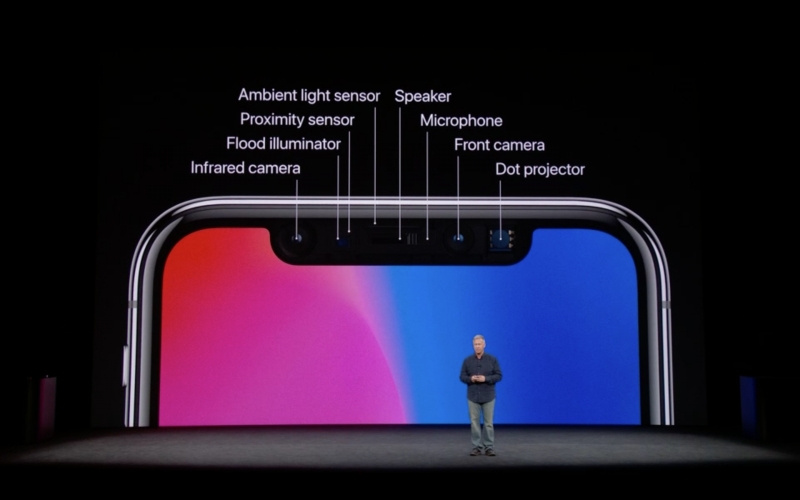 In terms of photography, the iPhone X features a 7MP TrueDepth camera, which brings Portrait and Portrait Lighting to the front, and a pair of 12MP rear cameras with quad LED True Tone flash and dual optical image stabilization. As ARKit allows for "face-based AR experiences" only available on the iPhone X, we found two apps that take advantage of the TrueDepth camera in interesting ways. 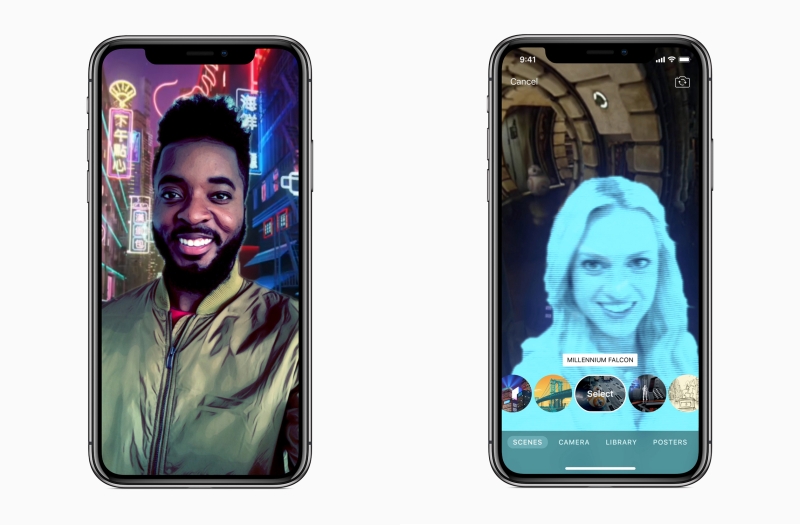 Apple's social video app Clips was recently updated to version 2.0 with redesigned UI, new artistic effects, stickers, and the addition of Selfie Scenes. There are currently 12 animated scenes to choose from, two of which contain scenes from Star Wars: Episode VIII – The Last Jedi. The 360-degree view makes for an immersive backdrop, complete with environmental sound effects. 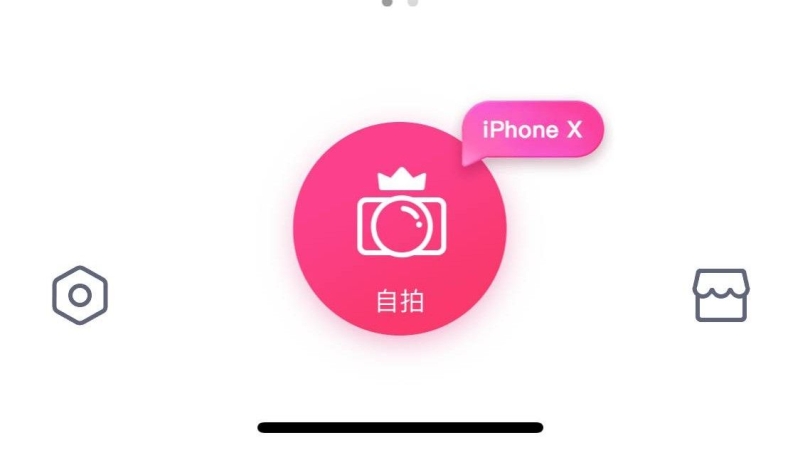 And then there's Pitu, Tencent's own fun selfie app. Thanks to TrueDepth support, Pitu lets you morph into different faces using AR mask filters that wrap nicely around your face. 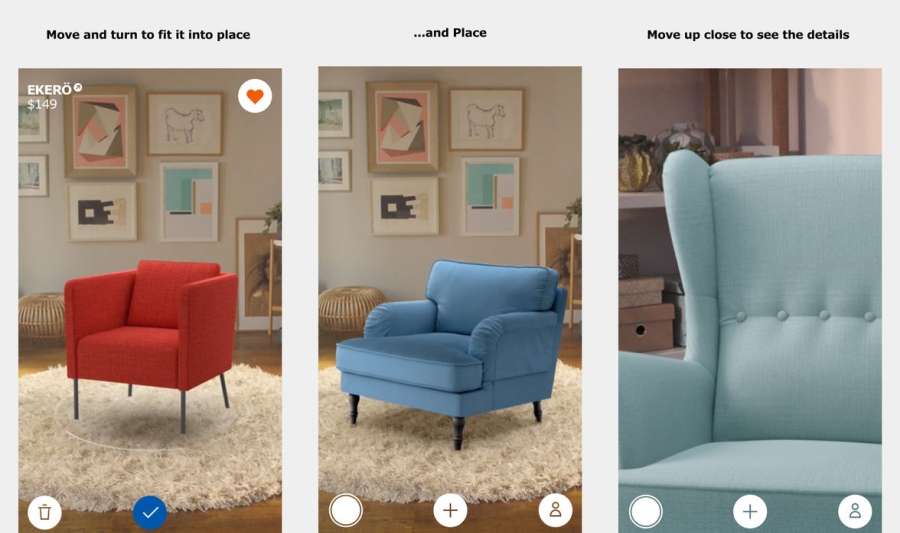 The AR fun doesn't end there, as some of the more interesting ARKit apps that we came across include AR MeasureKit (measure real-life objects using iPhone camera), IKEA Place (place virtual IKEA products in your living space), and Night Sky (learn about stars, planets, and constellations by pointing your phone at the sky). 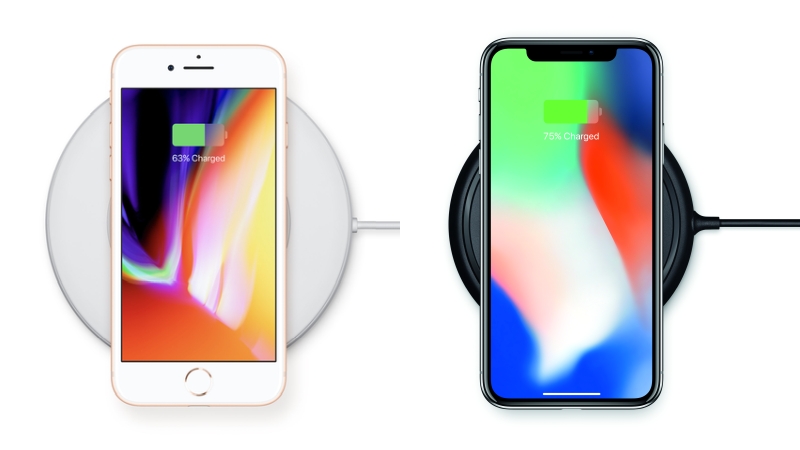 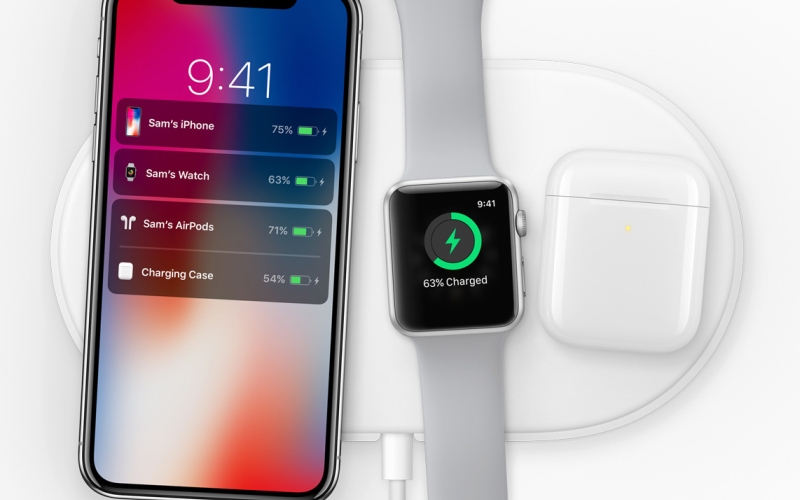