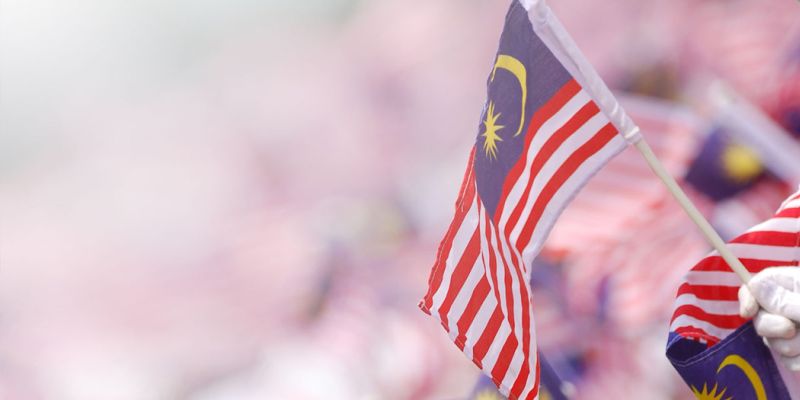 This year on August 31, we will be celebrating Malaysia's 60th year of independence. To put it in perspective, we've been liberated for more than half a century. To commemorate this year's Merdeka Day, we have curated an eclectic playlist featuring tunes and bops from local musicians. Enjoy this compilation of homegrown creativity and talent.

Alextbh's tracks are the epitome of laidback cool. This breezy, catchy mid-tempo number is set to make you groove once the breakdown kicks in.

The single from singer-actress Fazura is an uplifting ballad about self-belief and standing  your ground through adversity. In fact, the track reached number two on the Malaysian iTunes chart shortly after its release.

In Najwa's own words, this track highlights the importance of support from family and friends during troubled times. She also says that the track was co-written with her sister.

This song from up-and-coming artist saintraja serves dance-pop goodness. saintraja uses makeup as a metaphor to describe someone who makes him feel beautiful, which is pretty smart, if you ask us.

Expect a heavy dose of Malay street slang throughout the track. Lyrically, the song talks about Kidd's experience with being bullied in high school, and how he hoped the tune could urge listeners going through a similar experience to stand up for themselves. There is an amusing outro that has a nostalgic Malaysian feel to it.

On this trap-laden track, Aman-RA appears to be telling 'bros' and 'baes' not to act up. He also talks about the struggles that people face, as well as calling out pretentious behavior.

Airliftz is seriously one talented kid. The singer/rapper may have garnered criticism for his looks on social media, but his track proves that talent can triumph over anything because his voice sounds really melodic here.

This is the second Airliftz track to make the playlist, and this particular track showcases his rapping prowess. All we can say is that this boy can really spit verses.

Yuna sings about not being on the same page as her lover in this track. Her airy vocals sound absolutely lush in the song, taken off her critically-acclaimed Chapters album, which made it onto Rolling Stone's 20 Best R&B Albums of 2016.

This heartfelt ballad by Ali Aiman is about taking a step back, looking at things from another perspective, and telling yourself everything is going to be fine.

In this track, Diandra professes her love for someone, vowing to be by his side despite their differences.

The fascinating thing about this track is that 90 percent of the tune is sung in Malay, despite the track having an English title in it. With that being said, there are only two lines in the song that are sung in English.

This indie electronic duo is known for coming up with experimental sounds, and this track is nothing short of that.

This tune starts off with a piano riff reminiscent of a 90's house track. Combined with his vocals, the track gives off a futuristic vibe overall.

The intro of the song makes you feel like you're at a beach, but when the drums kick in, you'll find that the track is actually slow rock.