Hands-on with the Sony Xperia Z1

Hands-on with the Sony Xperia Z1 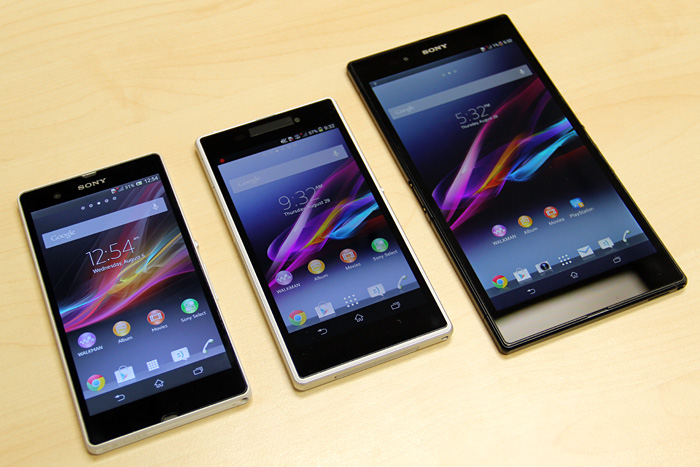 Sony has just announced the Xperia Z1, a waterproof smartphone with a 20.7MP camera inside.

Coming nine months after the announcement of the Xperia Z, the Z1 comes with a similarly sized 5" screen, a faster Qualcomm Snapdragon 800 quad-core 2.2Ghz processor, a larger 3,000 mAh battery, 4G LTE support, is also dust and water resistant (rated IP55 and IP58), built with tempered glass and a single piece aluminium frame. Like the Xperia Z, the Z1 will be available in white, black and purple, and is expected to be available globally in September 2013. 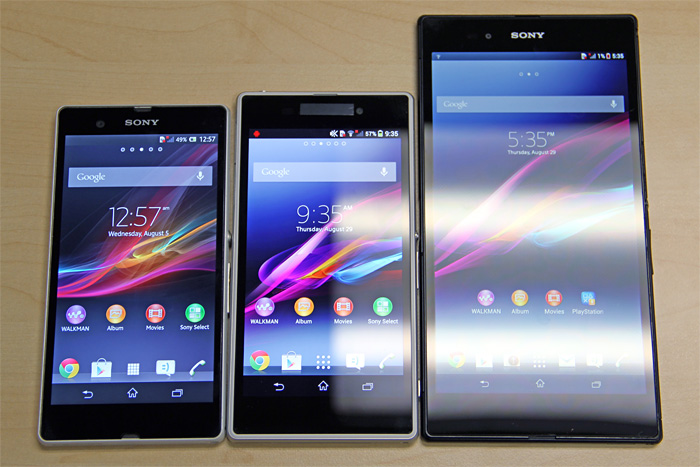 The key draw for the Z1 however, is definitely its camera. It's not just about the 20.7 megapixels, the 1/2.3" Exmor RS CMOS sensor inside is as big as sensors found in most digital compact cameras today. Sensor size matters when it comes to image quality, and the Z1's sensor size makes it the third-largest found in smartphones today, on par with the Samsung GALAXY Zoom and behind only the Nokia Lumia 1020 and 808.

Not only that, the Z1 features two Sony brand names from their digital cameras, which implies Sony's confidence in the Z1's imaging prowess. The first is a G lens, which shares the same name as Sony's range of G lenses for their DSLR cameras; the lens on the Z1 has a fast maximum aperture of f/2.0 and a wide shooting angle of 27mm. The second is a BIONZ image processing engine; BIONZ-named image processing engines can be found in Sony's entire digital camera range. For all its impressive specs, however, the Z1 lacks one: Optical image stabilization, a key feature which helps you to minimize camera shake (you can find OIS on the HTC One and Lumia 1020). 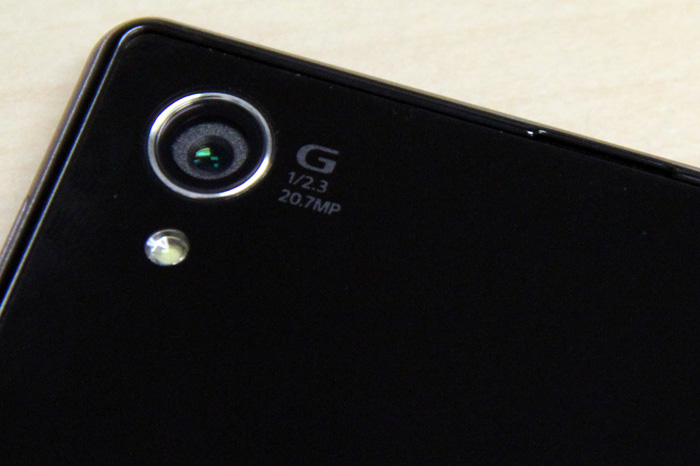 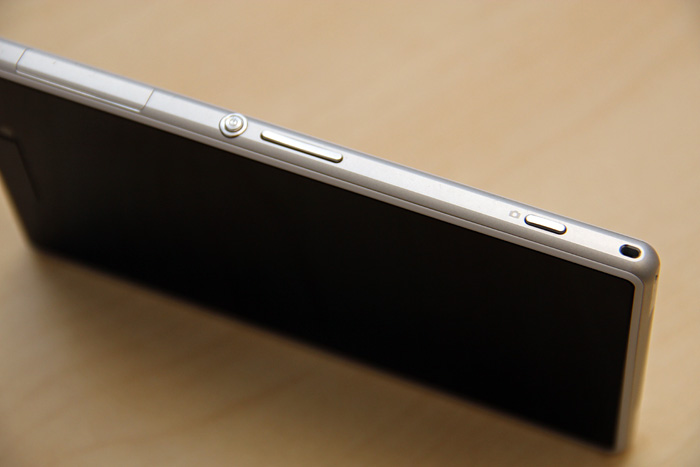 Unfortunately, since the Z1s we had were early pre-production units, we can't show shots taken with the camera as they're not indicative of the final image quality.

Sony is also launching a suite of Xperia Camera apps to use with the Z1. Social Live broadcasts a live video feed from the Z1 to Facebook and may or may not be available at launch depending on the country. Info-eye uses the camera to do visual search with info on landmarks and items like books and wine. Timeshift burst takes 61 images in 2 seconds, a second before and after pressing the shutter, in 1920 x 1080 resolution. AR effect...well, you've just seen a sample of it. There are also other effects, like a pretty fun 3D animated dinosaur which will run around on the screen.

The 5" screen features Sony's TriLuminos display for mobile, and it looks good in real life, with none of the washed out viewing angles which plagued the Xperia Z. In the hands, the Z1 feels slightly more comfortable than the Z, thanks to its slightly rounded edges and smooth bevels, in contrast to the Z's harder edges. Even though the Z1 and the Z share a similarly sized 5" screen, the Z1 is slightly bigger and thicker, but not uncomfortably so. 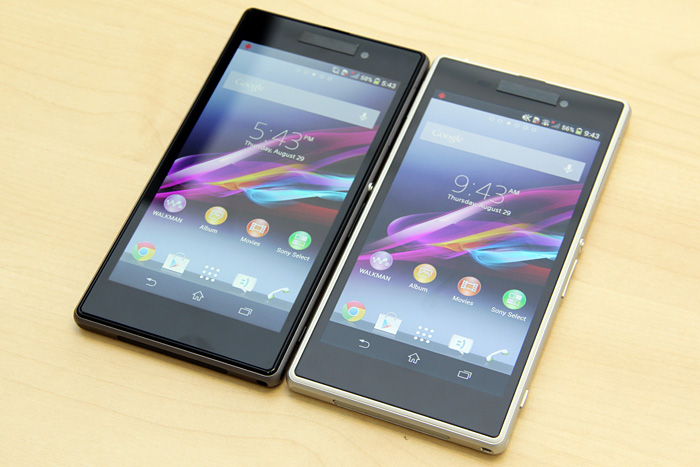 The Z1 feels like a more refined version of the Z, and after a quick hands-on with the phone it feels like Sony has a real contender here. The Sony Xperia Z1 and the Nokia Lumia 1020 are the ones to watch for anyone who wants the best possible picture quality from their phones this season, and while the Lumia 1020 wins with specs like a whopping 38 megapixel count and optical image stabilization, it runs on Windows Phone 8. No disrespect to fans out there, but Windows Phone still lags behind iOS and Android when it comes to apps. While the Z1 has less megapixels and a smaller sensor without OIS, it runs on Android, and can even manage shooting in a little rain.

Watch this space for our Z1 review, coming soon. 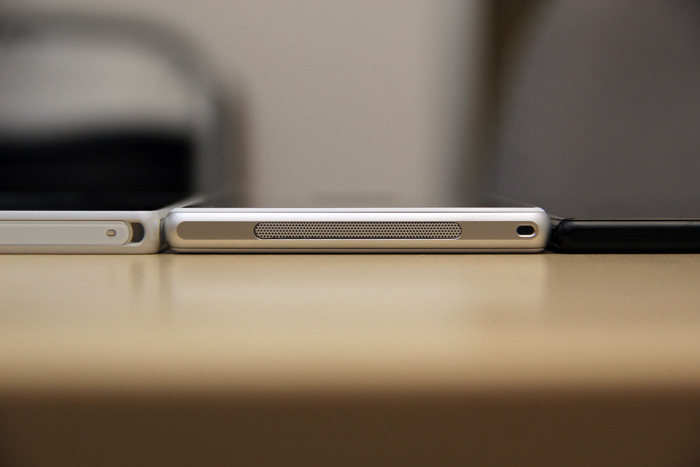 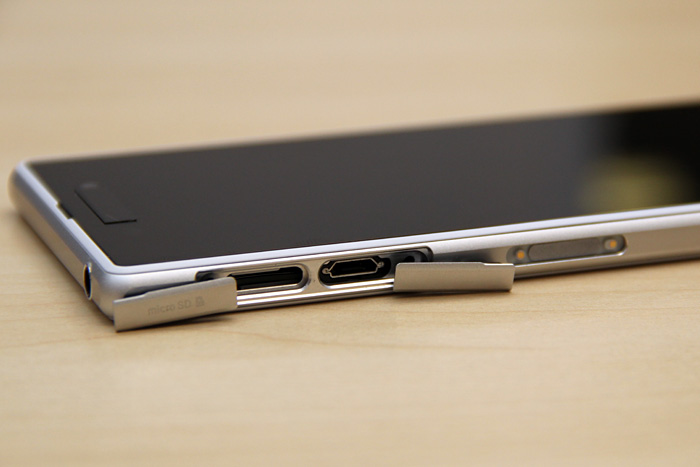