At CES 2013, Lenovo is showing off its ThinkPad Helix, a 11.6-inch, full HD 1920 x 1080 pixel resolution, Windows 8, touchscreen hybrid PC. Similar to Microsoft's Surface Pro and Samsung's ATIV Pro hybrid PCs, the Helix utilizes a keyboard docking station to transform between tablet and notebook form factors. What separates the Helix from Microsoft and Samsung's machines is its enterprise security features (in the form of Intel's vPro technology and a fingerprint scanner), as well as a third 'Stand Mode' form factor, thanks to a clever reverse docking system, designed for media consumption or business presentations. 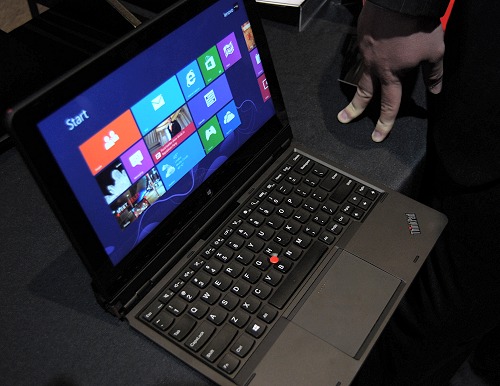 The model we saw at CES was armed with an Intel Core i7 CULV, 8GB of RAM and a 256GB SSD, and will retail for US$1,499, launching in Q1 2013. Lenovo also told us that Intel Core i3 and Core i5 variants with smaller SSD capacities will also be available, however pricing is unavailable at this time. Local pricing and availability has not been announced yet.

The Helix as a tablet is a bit heavier than most tablets due to its notebook components, weighing in at 835g. When added to the docking station, it weighs 1.67kg, which is about average for a touchscreen Ultrabook. It's also of average thickness for a touchscreen notebook, measuring 20.4mm thick.

Converting the Helix between notebook, tablet and 'Stand Mode'  is done through Lenovo's 'Rip & Flip' conversion method. Users simply hit a release button on the bottom left of the display, 'rip' the display off, 'flip' it, and put it back into the dock with the display facing backwards for 'stand' mode. 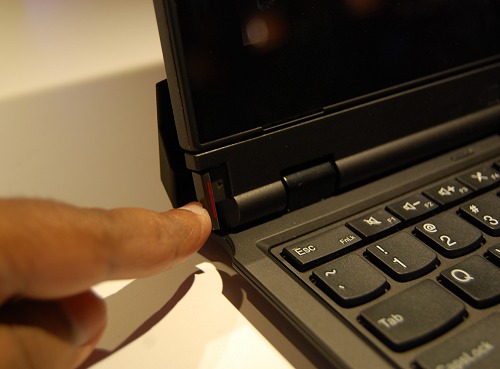 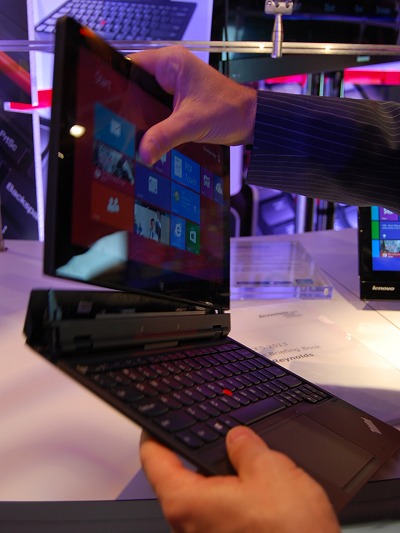 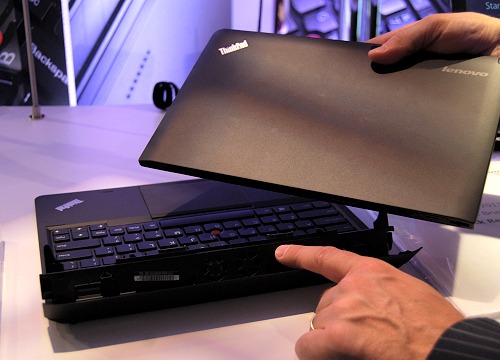 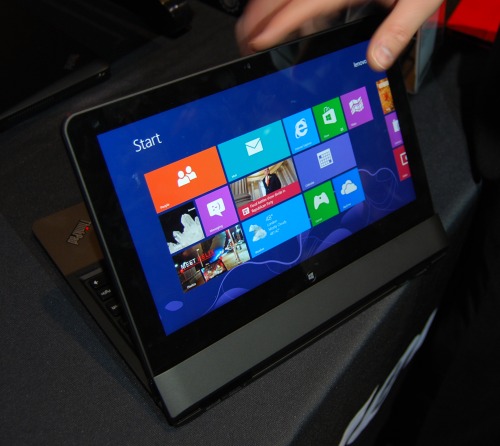 The Helix's 'Stand Mode' is similar in function to the 'Stand Mode' of Lenovo's other Windows 8 convertible machine, the IdeaPad Yoga, putting the display at an ideal angle for presenting content or for watching videos and movies.

While 'Rip & Flip' sounds like a rather violent descriptor for converting the Helix, its robust build and Corning Gorilla Glass display makes us feel confident that it should be able to take a few knocks without suffering any lasting damage.

The Helix's keyboard dock should be familiar to anyone with experience with Lenovo's ThinkPad notebooks, feeling quite similar to recent models, utilizing a firm chiclet keyboard, glass clickpad and trackpoint nub. As a nice extra, the Helix also comes supplied with a Wacom stylus for use with the touchscreen. The stylus can be stored in the top left corner of the tablet when not in use. The keyboard dock also includes its own battery pack which adds an additional five hours of battery life on top of the five hour battery in the tablet, effectively doubling total battery life to ten hours.

An interesting feature on the Helix's keyboard dock is a pair of cooling fans aimed at the display, although how effective these fans will be in keeping the machine nice and cool will require a more in-depth test. 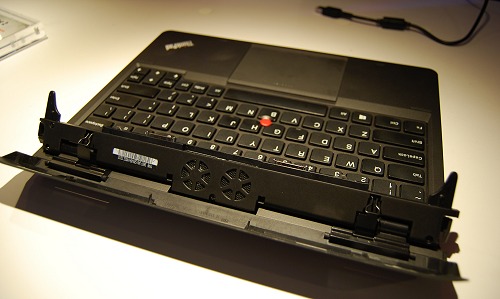 In tablet mode, a mini-DisplayPort and USB port (as well as the sim card slot) can be found along the bottom edge. Although, as this is the same edge which slots into the keyboard dock, these ports are not accessible when docked. 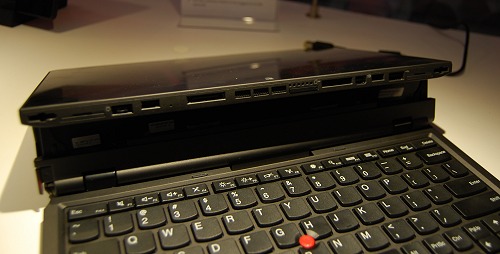 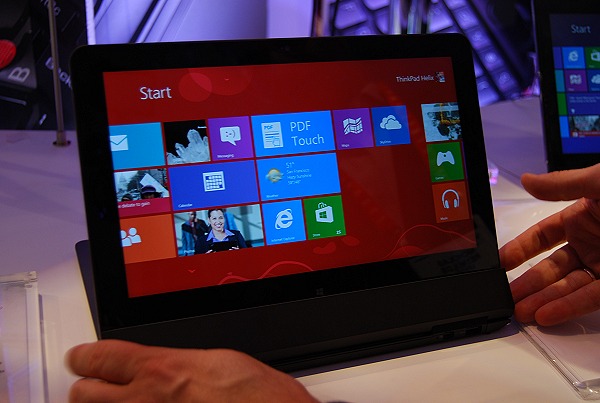 At US$1,499, the Helix is certainly not cheap, however, its robust build, full HD display, decent connectivity, multiple form factor functionality and full enterprise features make it the clear choice for business users looking for a full fledged business notebook that can also double up as a portable and powerful business tablet when on the move.