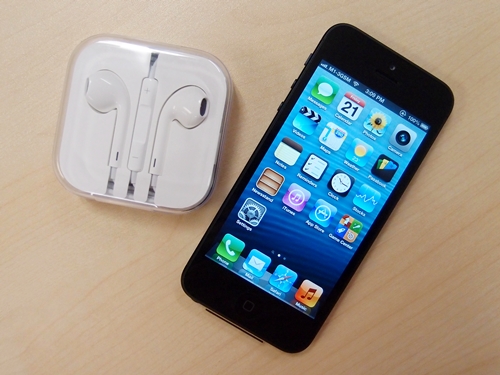 Whether you are an Apple fan or not, we're pretty sure you've heard about Apple's latest iPhone 5. Hardly surprising news though - after all, the iPhone 5 has been a much talked-about device in the techsphere, even way before its official unveiling on the 12th (US time) this month. So what's the big deal about the latest iOS 6 device? We can't give you the details yet without first testing it and running through the usual hands-on 'shebang', but hey, here's a quick look at the iPhone 5. Don't say we didn't warn you but it will be pretty intensive on the pictorial side of things! 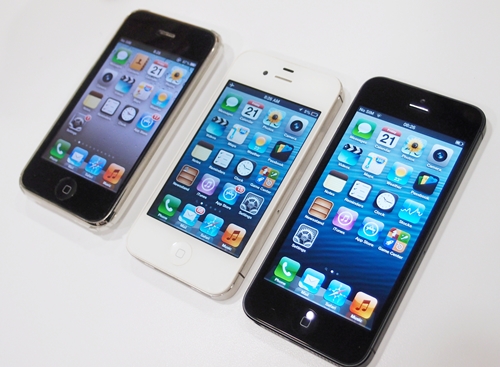 The main, or rather, the obvious, difference between the iPhone 4/4S and iPhone 5 is of course, in the latter's longer 4.0-inch screen. Otherwise, the design remains pretty much the same, with both boasting of a premier aluminium/glass exterior. 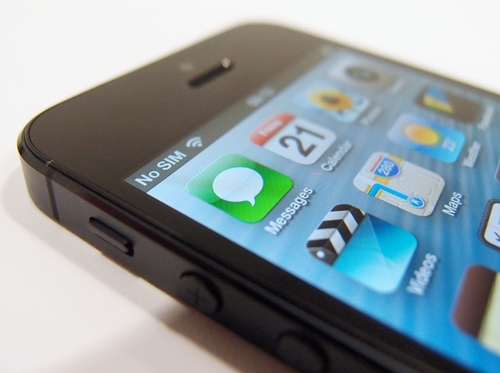 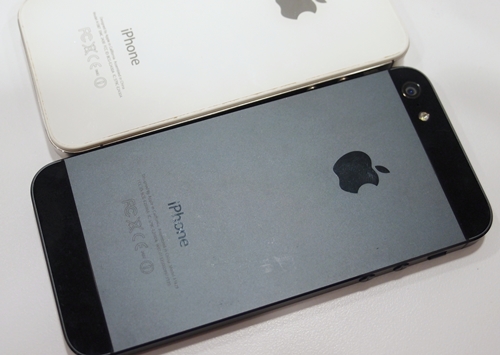 One thing that we also noticed - Apple wasn't kidding when they proclaimed that the iPhone 5 is very light, because it is. Holding its predecessor in one hand and it in the other, we could definitely tell the difference. 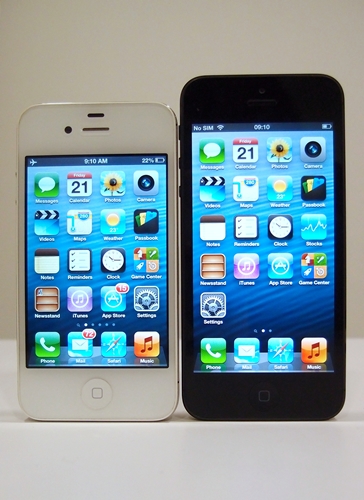 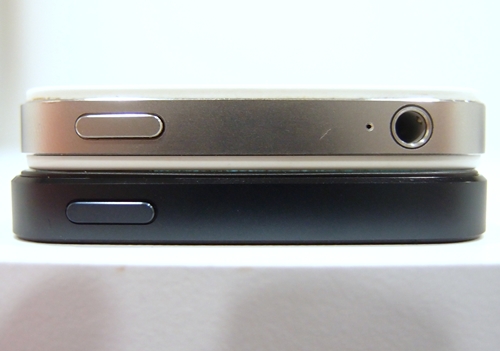 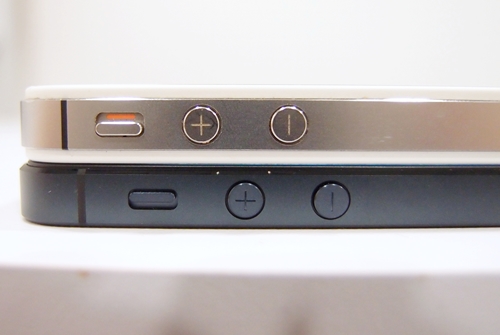 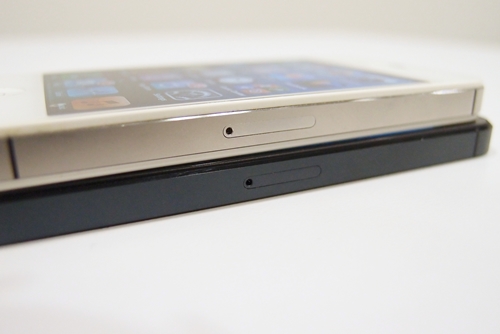 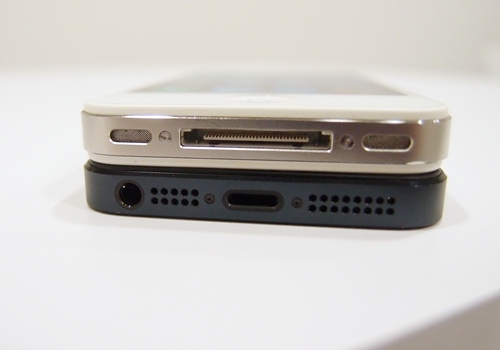 iPhone 4 photo comparisons aside, we also put the iPhone 5 next to its bigger Android competitors. If you are still uncertain about getting the iPhone 5, rest assured, there is a huge array of WP8 and Android alternatives for you to consider. Otherwise, here's a shot of the iPhone 5 next to Android devices with 4.3-inch screens. From left to right: 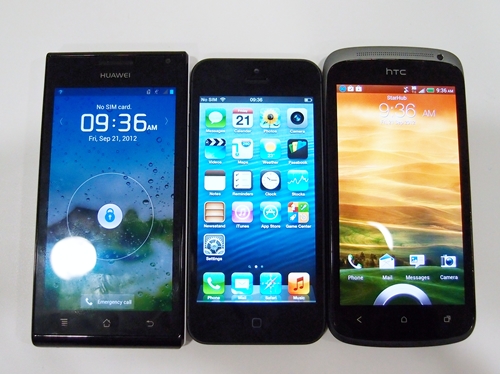 We didn't leave out the bigger Android players as well, this time showcasing the likes of recent devices with 4.7 to 4.8-inch touch screens. From left to right: 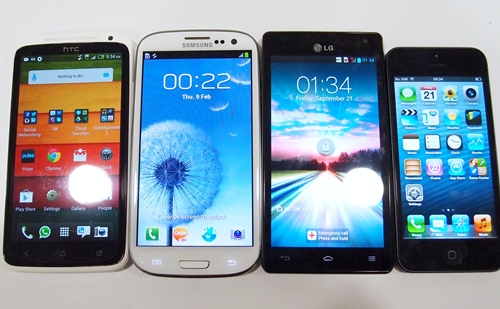 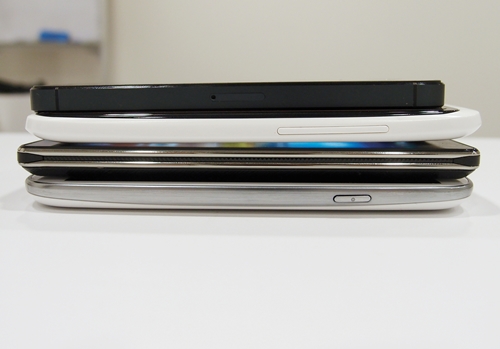 While not reflective of an in-depth review, we managed get the iPhone 5 results for Geekbench, a cross-platform processor benchmark available for Mac OS X, Windows, Linux, iOS, and Android, which will provide a rough indication of what to expect from its A6 chip and memory performance. 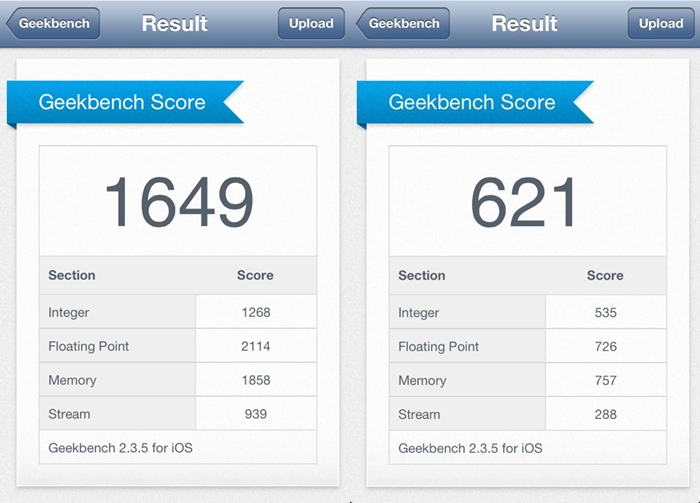 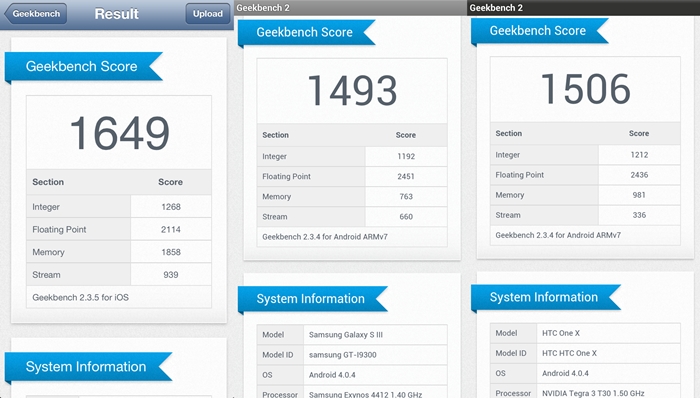 Not enough iPhone 5 content? Not to worry, there's always a video to wrap things up. With that said, check out our video below (coming soon) as we give you a closer look at the iPhone 5's form factor and a quick glimpse at the cosmetic differences and camera start-up time between the device itself and its bigger Android competitors.So be sure to check back this space for the video update!