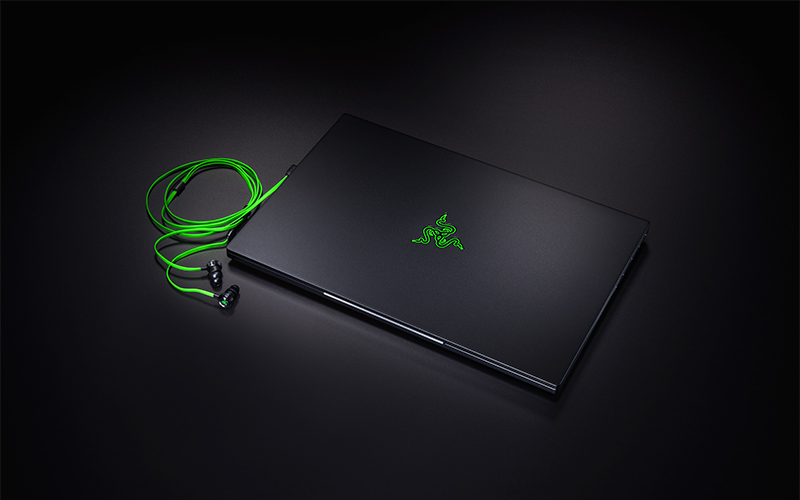 Razer has announced a brand new version of its Blade laptop for 2018, complete with a fresh look and even more compact design than before.

Many gaming laptops in this category are seemingly in a race to shave off the millimeters and slim down their bezels. The latest iterations of laptops like the Gigabyte Aero 15X and MSI GS65 Stealth Thin continue to push the envelope in terms of thin-and-light designs, and the Blade is hopping onto this bandwagon today.

Razer says that this is the world’s smallest 15.6-inch gaming laptop, and it’s clearly hoping that you’ll think of the Blade when shopping for a portable and powerful notebook. It's also intended to replace the 14-inch Razer Blade, which makes sense given that it's only slightly larger.

That aside, the new Blade is still quintessentially Razer, with familiar features such as a keyboard powered by Razer's Chroma lighting and a unibody aluminum body. 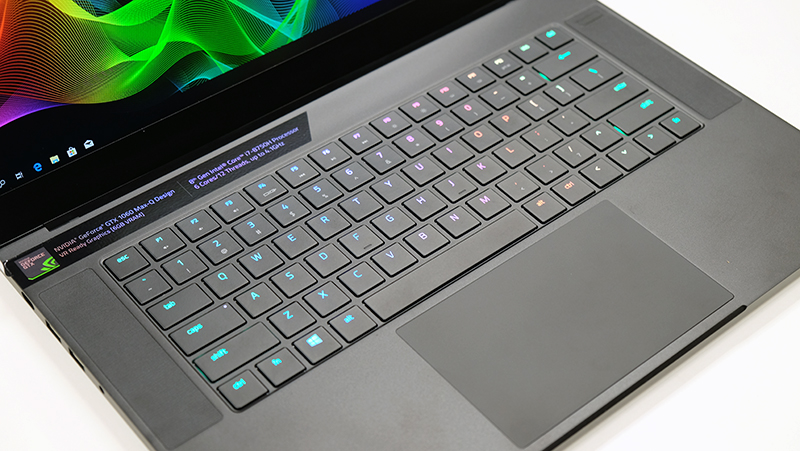 Here’s a quick rundown of its specifications:

The new Blade measures just 355 x 235 x 16.8mm for the GeForce GTX 1060 Max-Q model, although the GeForce GTX 1070 Max-Q version is slightly thicker at 17.3mm thick. These are very competitive dimensions, and the Blade is over a centimeter narrower than the Gigabyte and MSI laptops, which are arguably among its biggest competitors.

The laptop is a little on the heavy side for this category though, weighing 2.07kg for the FHD model and 2.15kg for the 4K version. The 4K display also nets you multi-touch capabilities, and it’s only available with the GeForce GTX 1070 Max-Q.

In comparison, the Gigabyte and MSI laptops weigh 2kg or less.

Nevertheless, the weight difference doesn’t feel that significant, and the Razer Blade still feels impressively portable for a notebook of its size.

The screen is one of the best parts of the display, and I can’t stress enough how much of an improvement slim bezels are. The relatively chunky bezels on Razer’s older Blade laptops have long been a sore point among users, and the new Blade decisively addresses these complaints. 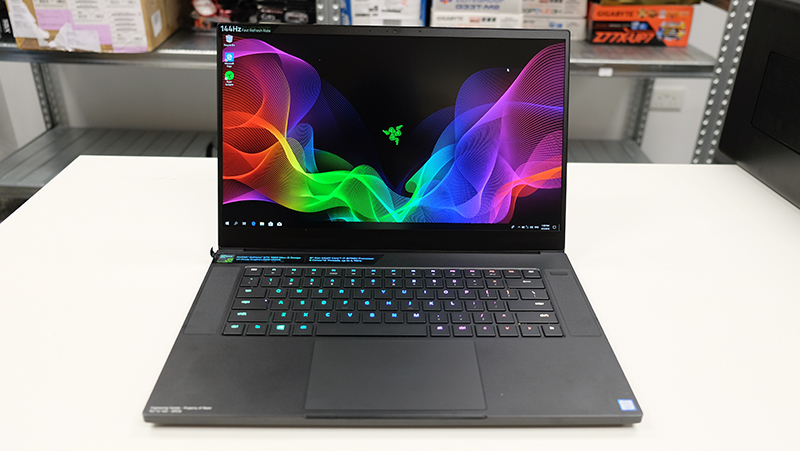 When you open the new Razer Blade, you’re immediately struck by how expansive the display feels in comparison to its predecessor, and there’s no doubt that it’s a big step up.

The bezels measure just 4.9mm thick now, which leaves just enough space to keep the webcam in its traditional position at the top. The Gigabyte Aero 15X has thinner borders, but the webcam has had to be relocated to the bottom, so whoever you’re video calling will be treated to really unflattering angles of your mug.

The 2018 Razer Blade is a slick and polished machine that’s milled from a single block of aluminum, and the entire chassis feels super solid. The overall design language of the Blade has undergone small tweaks as well. The new look feels slightly more refined, while still retaining Razer’s trademark minimalism. The new Blade looks sharp, and I mean this quite literally as well, given that it now favors a far more angular look than before. 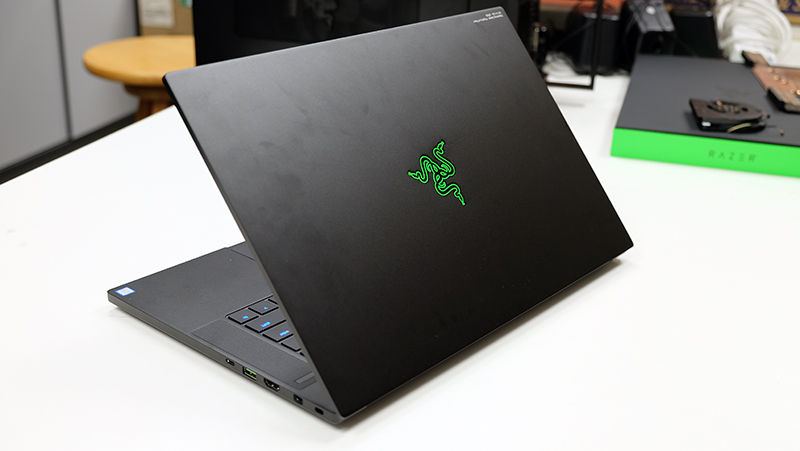 It’s vaguely reminiscent of the blocky design of the Razer Phone, and the two would look perfectly in sync next to each other. However, I’ve been told that the new look actually stems from Razer’s goal of maximizing the internal space while minimizing the external dimensions.

This is because the more squared-off corners allow Razer to push components further to the edge of the chassis, making additional room for things like a larger battery and a more spacious component layout. The new design is also the reason why Razer now has room for upgradeable, slotted memory. 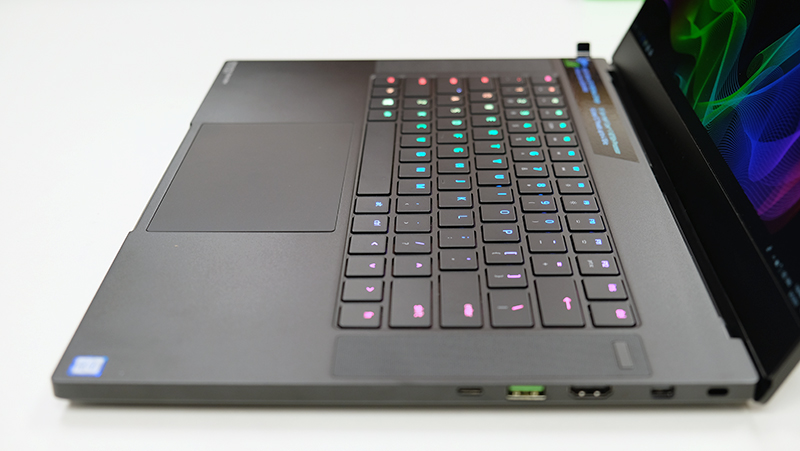 In a market where most brands still seem to think that gaming laptops need to have red accents and all sorts of unwieldy angles, the Razer Blade pays homage to a more mature and refined taste. It is a glowing example of how to make a gaming laptop that doesn’t look like it belongs in a teenager’s backpack, and I really wish more laptop manufacturers would go down this route.

As with all slim designs, cooling is a concern, and Razer says the Blade utilizes vapor chamber technology to keep the laptop cool instead of more conventional heat pipes. It uses this for both the CPU and GPU, the vacuum-sealed vaporized liquid helps dissipate heat from the other components as well.

Dual fans then push air through their respective heat sinks to expel heat. 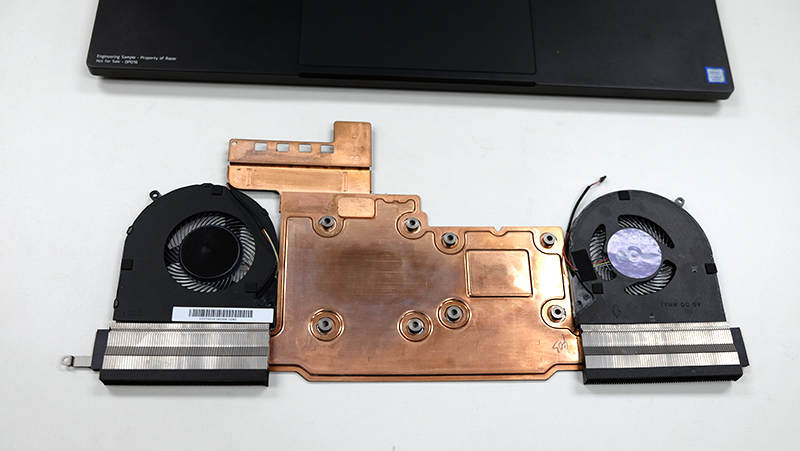 The vapor chamber design also covers more area and components than the previous heat pipe-based design, and Razer credits this with helping it achieve even thinner dimensions than before.

The company worked hard to optimize the design as well, citing the use of new materials to block heat in strategic places and transfer heat more efficiently with better thermal interfaces. For instance, the Blade uses a special nanoparticle layer between the keyboard and the internal components to block heat transfer to areas that the user touches most often, such as the palm rests.

Finally, the Blade comes with a good selection of USB connectors and display outputs:-

However, Razer isn't using the Thunderbolt 3 port for power, and it has its own proprietary charging connector that supplies the requisite 230W to the GeForce GTX 1070 Max-Q (USB-C PD only supports up to 100W).

Here's a look at the different available configurations (the 4K version won't be coming to Singapore) and their local prices. The Razer Blade (2018) will be available to buy in early June.