From a Gigabyte to a Terabyte - 10 Years of Storage Development

From a Gigabyte to a Terabyte - 10 Years of Computer Storage

From a Gigabyte to a Terabyte - 10 Years of Computer Storage

Over 50 years ago, IBM developed a hard disk that was the size of several wardrobes and had a capacity of only five megabytes. This was the very first hard disk. Today, hard disks the size of standard paperbacks with capacities of one terabyte (1,000,000 megabytes) or more are nothing out of the ordinary.

In the last 10 years, we have seen formats come and go in the storage scene, but if there is anything that is consistent, it is this: capacities increase, and form factors shrink. Here is an example to prove our point. 10 years ago, 5.25" hard disk drives breached the one gigabyte mark. Last year, Seagate announced a 3.5" hard disk with 1.5 terabytes capacity.

You might think this is all amazing, but what is even more amazing is the fact that the primary technology behind hard disks has hardly changed in the past decade. It still consists of a read-write head and a spinning platter. That is not to say that hard disk technology has been stagnant, rather the changes made often go unnoticed as they are deep under the hood. 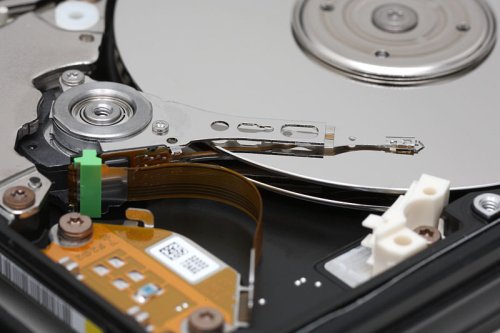 For instance, one of the most important developments of modern hard disks is the implementation of perpendicular magnetic recording (PMR) technology. Previously, most hard disks made use of giant magnetoresistive (GMR) recording technology. Now, the basis behind how PMR and GMR works is the same (rate of change of magnetism), except that in PMR, the poles of the magnetic elements, which represent bits, are aligned perpendicular to the surface of the disk platter. The advantage of doing so is that a greater number of magnetic elements can now be stored on the same area; this in turn increases storage density, which in turn leads to larger capacity hard disks.

Apart from larger capacity hard disks, PMR is also useful in shrinking hard disks. With denser disk platters, a similar capacity hard disk can now be squeezed into a smaller form factor. The application of this can be most readily appreciated when looking at portable media devices of today. How did you think Apple managed to squeeze a 160GB hard disk into its iPods? 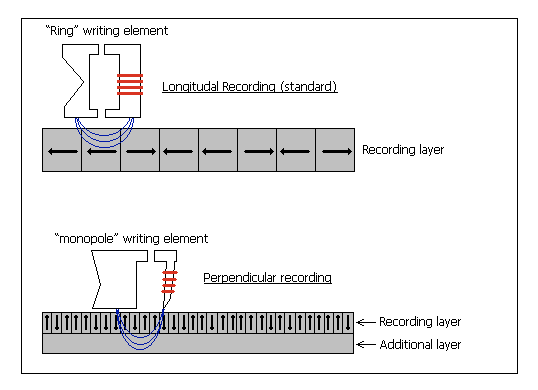 In addition to changes in form factor and capacity, hard disks also underwent a change in interface technology from Integrated Drive Electronics (IDE) to SATA (Serial Advanced Technology Attachment). SATA was introduced in 2003 to supersede IDE, because of its many advantages. It provides faster data transfers on a high-speed serial bus, supports hot swapping, port multiplexing, is more reliable and is easier to manage (uses thinner cables). The original SATA standard has however been upgraded in recent times. SATA II (3.0Gbps) provides not only a higher throughput, but also supports Native Command Queuing (NCQ) and better hot-plugging support.

Although throughput is increased to 300MB/s with SATA II, it actually isn't very useful in practice because of the mechanical limitations of a hard disk. You see, a hard disk is only as fast as its access speed, which in turn is dependent on the rate at which the hard disk spins. And this is the Achilles' heel of the conventional hard disk.

The speed at which the hard disk can spin is, like all other things in our world, limited by the omnipotent laws of physics. Without going into too much detail, hard disks that spin faster are not feasible because they will require more power, and more importantly, they would need to be sufficiently sturdy so as to withstand the tremendous amounts of g-forces that will be generated by such a spinning platter.

And this is where solid state drives (SSD) come in. Although they were first developed decades back (in a different form), they've only recently become widely available thanks to a surge in adoption of various flash memory technologies in the industry that have significantly lowered manufacturing costs. Even so, SSDs remain extremely expensive and analysts predict that it wouldn't be until 2010 before they become affordable enough for the masses. Even then, traditional HDDs are likely to remain cheaper and thus we don't yet see the HDD becoming obsolete in the near time frame. 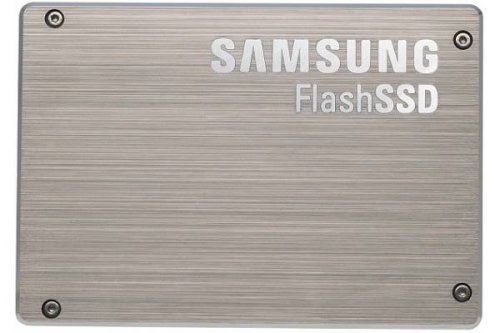 Of course, storage is not just about hard disks. There are many other forms of secondary storage such as optical discs and flash memory that have seen many development in the past decade. Blu-ray discs are slowly but surely replacing DVDs and flash memory can now be found in a myriad of devices ranging from mobile phones to portable media devices that have totally changed the lifestyles of consumers (for the better). We'll take a closer look at the various blips in the 10-year radar shortly.

Clearly, man's hunger for storage cannot be satiated. And if there is anything throughout the history of computer storage that is consistent, it is this: we'll continue to push the boundaries of what is both technologically and mechanically possible. Here's to another ten years of great innovation.