At Nokia World today, Nokia unveiled two new 6-inch devices, joining the rest of the large screen smartphones with the first of its kind Windows Phone variant. The two new devices look very similar in terms of build, look and feel. In fact, it isn't easy to tell the difference between both devices at one glance because of the familiar unibody polycarbonate design that Nokia has retained so well in their entire line-up of Lumia devices. But there are subtle differences between the two 6-inch smartphones. 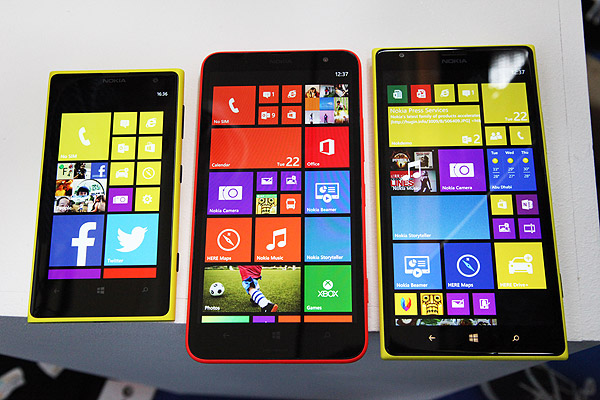 In the picture above, it's obvious that the larger screen does give you more real estate to display your favorite tiles on the home screen. An extra column does make a lot of difference and we feel it's something that users will find extremely useful. The screens on both the new devices are LCD based and it's different from the 4.5-inch AMOLED screen used on the Lumia 1020. In terms of resolution, the Lumia 1320 supports only the standard resolution of 1280x720 while the Lumia 1520 comes with full HD (1920x1080) resolution. At a quick glance, it's not easy to tell the difference between the two new 6-inch screens, but it's obvious when you place them side by side as the higher resolution full HD screen does give you smoother images. 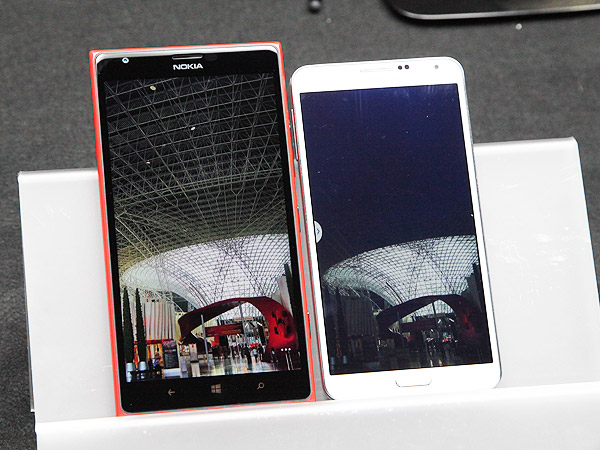 There's also a stark difference in the amount of memory that comes with each phone, with the Lumia 1520 featuring 32GB of internal memory while the Lumia 1320 comes installed with only 8GB of internal memory. However, it's not an issue if you want more space to store your images and music as both devices now comes with a micro SD card slot that lets you install up to 64GB of additional memory space.

Interestingly, the glasses used on both screens are quite different as well, with the Lumia 1320 utilizing the newer Gorilla Glass 3 while the Lumia 1520 is based on Gorilla Glass 2. We don't know why there's this difference although we were made to understand that the Lumia 1320 is targeted at younger users with a lower budget which seems to go against the logic of choosing a newer glass type that might cost a little more than usual. 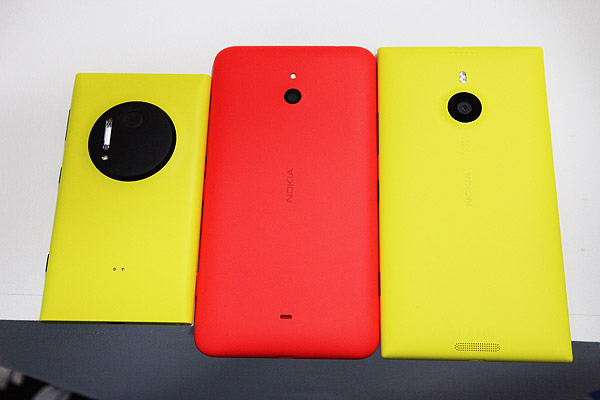 You can see immediately that there's no difference in the material used for the enclosure on the new devices. The same sturdy and vibrant polycarbonate shells that Nokia has consistently delivered on all their Lumia devices is retained. The most obvious difference between the two new 6-inch devices has to be the size of the camera on the rear side of the phone. The larger camera lens on the Lumia 1520 is quite telling that it comes with a higher megapixel camera than the Lumia 1320. And it does. Unlike the Lumia 1020, the Lumia's 1520 PureView camera is based on a 20MP sensor which features ZEISS optics with Optical Image Stabilization (OIS), 2x lossless zoom, oversampling technology and dual LED flash. On the other hand, the Lumia 1320 is a little more down to earth with a normal 5MP camera. According to Nokia, the Lumia 1320 still takes great pictures but it's not primarily targeted at those into serious photography. 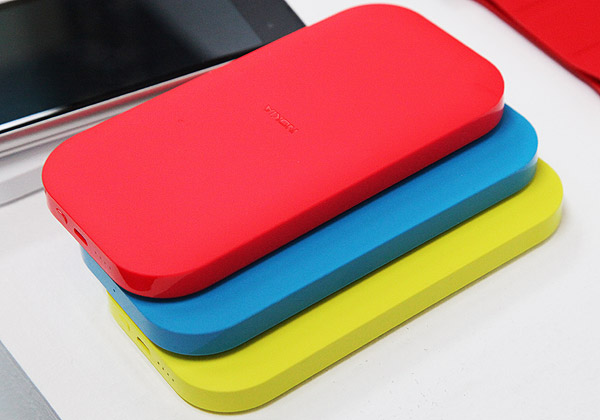 Also if you look closely at the Lumia 1520, you'll find tiny holes located on the top and bottom of the rear cover. These are part of the four microphones built into the Lumia 1520, which allows you to record videos with surround audio. This is a new feature of the Lumia 1520 which lets you clearly capture the audio of your subject whether it is in front or behind you. However, we're not entirely sure how this will work out in a noisy environment because it may introduce more noise into the video. But in the demonstration, it showed us how audio clarity was maintained even if the subject moves behind the camera. But the question remains, what videographer would allow the main subject to travel behind the screen? 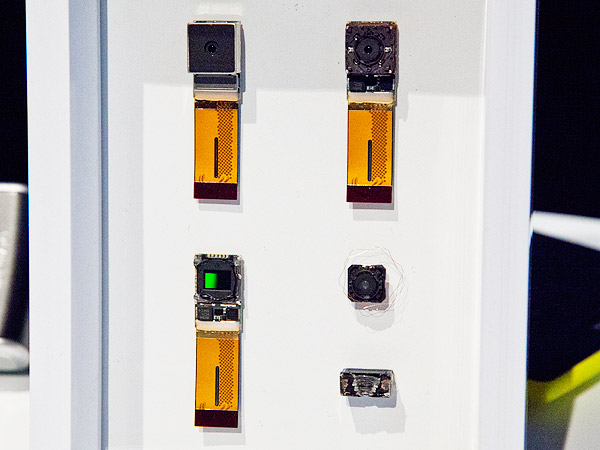 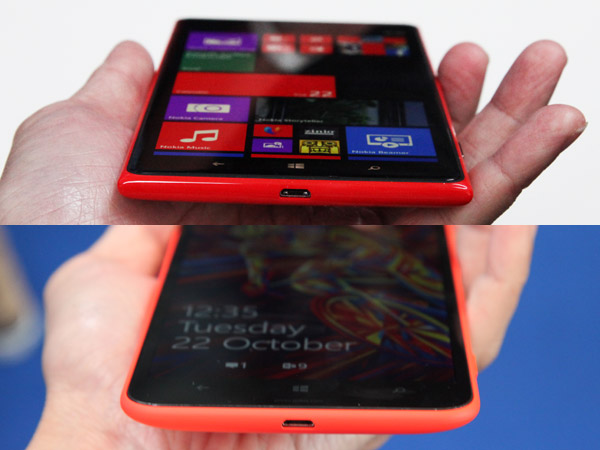 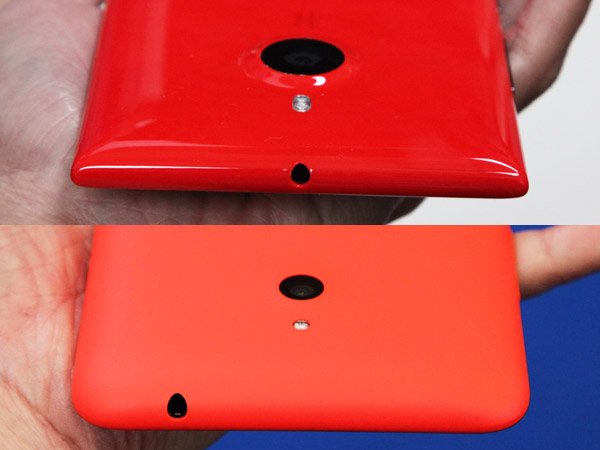 The new Nokia Lumia 1520 and 1320 will come with this new feature known as Nokia Beamer. It's an app that allows you to share the screen on your device with another device or PC. The new Beamer app will come with the new Lumia Black update, so older Lumia smartphones will get it too. However, only phones with ROM sizes of at least 1GB will get Nokia Beamer, so older devices like the Lumia 1020, 925, 920 and 820 will eventually get them.

The beauty with Nokia Beamer is that it will work with any client, so if you want to share it with a PC or another phone (whether it's iOS or Android), you can. However, the transmitting device has to be one of the Nokia Lumia device mentioned above. Nokia Beamer will work as long as both devices are connected to the internet.

Watch the demo below.

For more information and pricing details of the two new 6-inch Lumia devices, check out our earlier coverage.