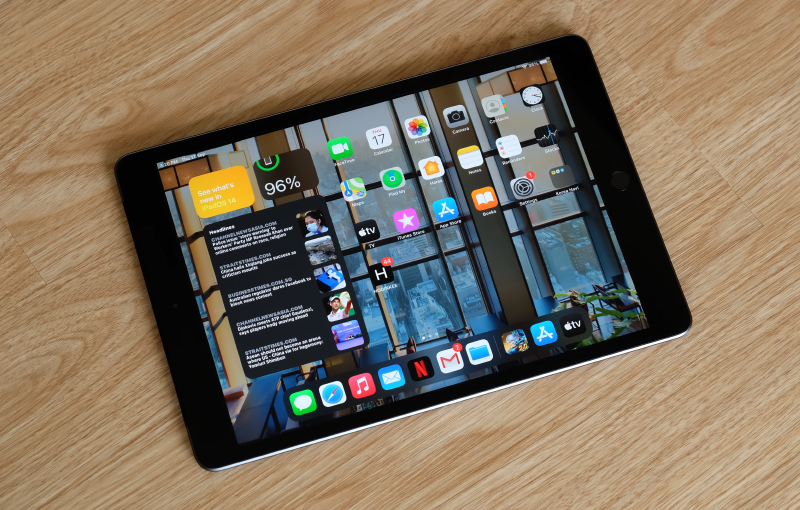 You've probably heard the news, Apple announced two new iPads yesterday morning. There’s the basic iPad (also known as the 8th-generation iPad) and the new iPad Air, that looks and sounds very much like an iPad Pro Lite, but that’s a story for another time. I just spent 24 hours with it so I’m going to give you my first impressions of the new basic iPad before it goes on sale tomorrow.

Ok, before I share my thoughts, here are the key specifications you should know.

As the table above clearly demonstrates, the new 8th-generation iPad is really just a spec-bump over last year’s model. Apart from the new processor and slightly slower front-facing camera, the two models are practically identical. To the point where the two can share regular cases and keyboard cases. 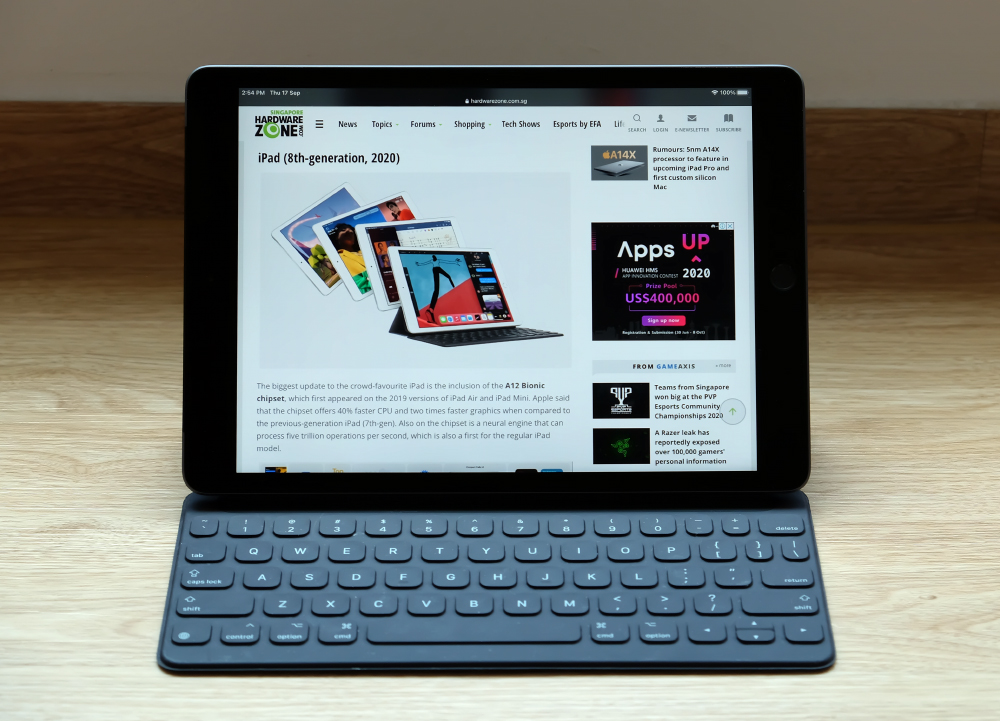 Design is obviously not this tablet’s strongest suit. The large bezels look dated especially next to the iPad Pro and the new iPad Air. But props have to be given for the stuff that matters. This new iPad is thin, light, and easy to carry around. It also comes in the same colours as last year's model, so you get Space Grey, Silver, and Gold.

Crucially, the 10.2-inch display looks sharp and nice. It would have been perfect for watching videos but then the speakers are only on one side of the tablet (near the Home button), which makes everything sound lopsided. Speaking of which, the Home button continues to have the Touch ID sensor. Apple has had Touch ID for years and it works flawlessly. 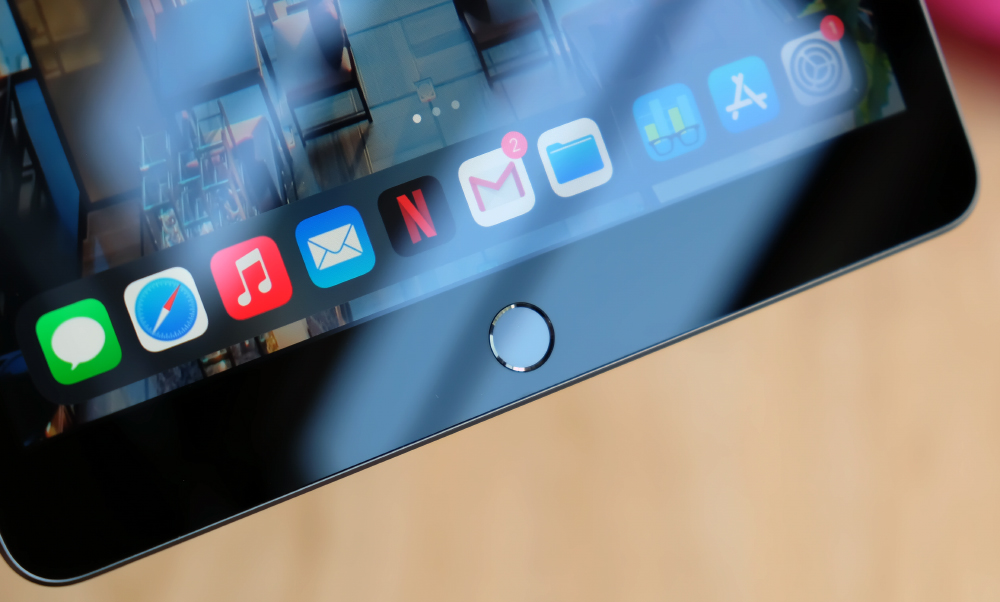 Buttons and ports are unchanged which means you get a Smart Connector to connect to the Smart Keyboard. It also means you still get a Lightning port. It seems like a missed opportunity to update at least most of the iPads to USB-C, but the flip side to this is that all your existing Lightning accessories will still work. It also means this new iPad will work with the first-generation Apple Pencil. 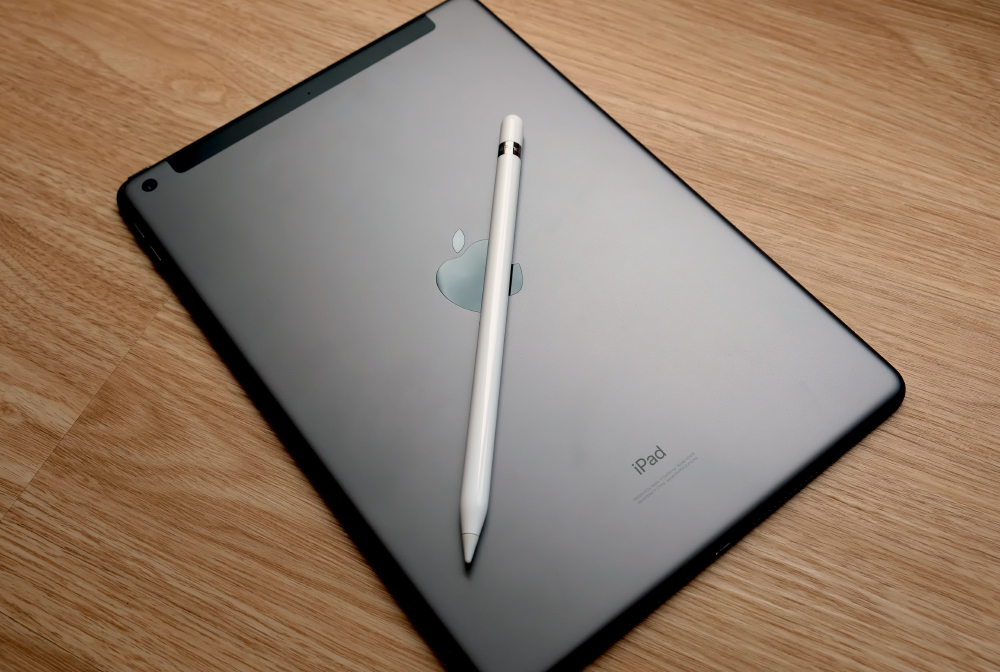 Faster performance aside, you are also getting Apple’s Neural Engine on the entry-level iPad for the first time. The Neural Engine powers all of Apple’s machine-learning capabilities. It won’t really matter if all you are doing is watching videos and writing emails, but it can make a difference in some specialised apps. I'll touch on this in greater detail in the full review.

The 8th-generation iPad isn’t as sexy an update as the iPad Air but my first 24 hours with it has been largely positive, so much so that I feel confident enough to say that I think anyone looking to get a basic, no-frills tablet will be happy with this. It also serves as a gateway to Apple's ever increasing world of services, which includes Apple Music, Apple TV+, and Apple Arcade. 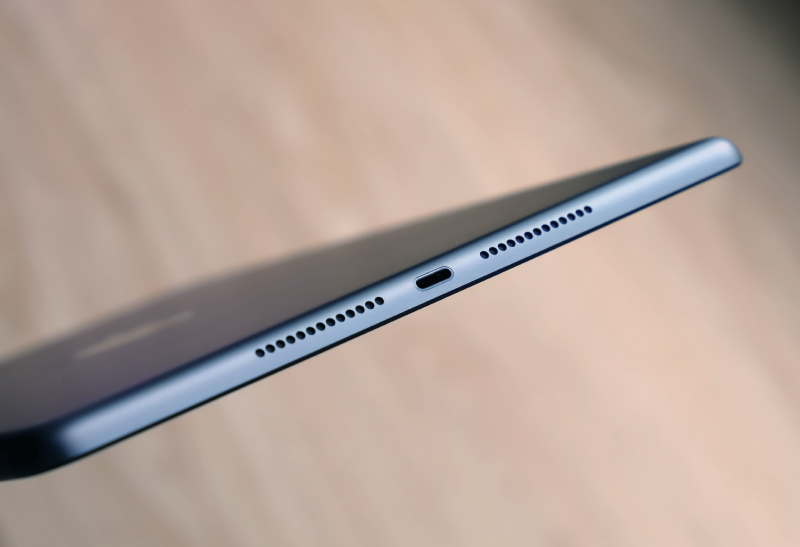 It gets a lot of the basics right and I think that’s exactly what anyone looking to buy an entry-level iPad wants. Check back for the full review after I've had the chance to use it more and also to put it through our suite of benchmark tests.

The 8th-generation goes on sale tomorrow on 18 Sept 2020, and prices are as follows: