COMPUTEX 2017: ASUS announces a plethora of ZenBooks and VivoBooks

COMPUTEX 2017: ASUS announces a plethora of ZenBooks and VivoBooks 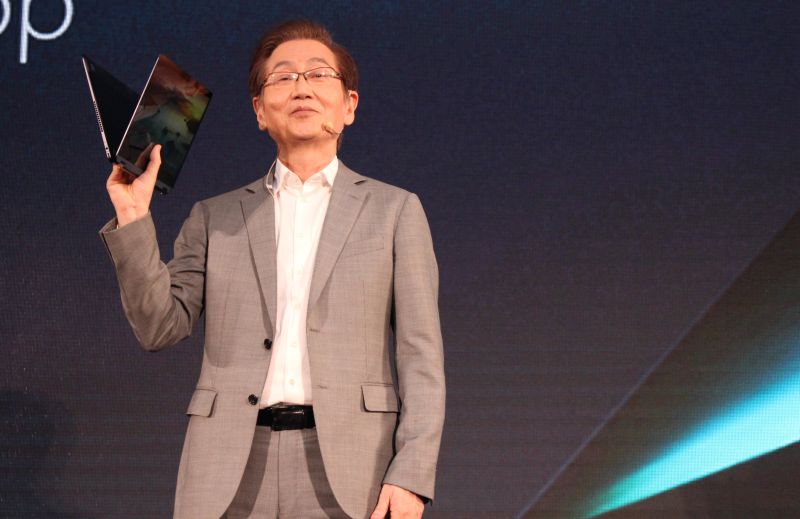 COMPUTEX officially kicked off earlier today, and like clockwork, ASUS held in annual press launch here in Taipei, Taiwan. During the launch, Jonney Shih, Chairman of ASUS, walked on stage to announce a total of five new notebooks for both its ZenBook and VivoBook lineup.

Specifically, the list of ASUS notebooks included the ZenBook Flip S, ZenBook 3 Deluxe, and ZenBook Pro for its ZenBook ultrabook lineup, while its VivoBook notebook lineup get the VivoBook S and VivoBook Pro. 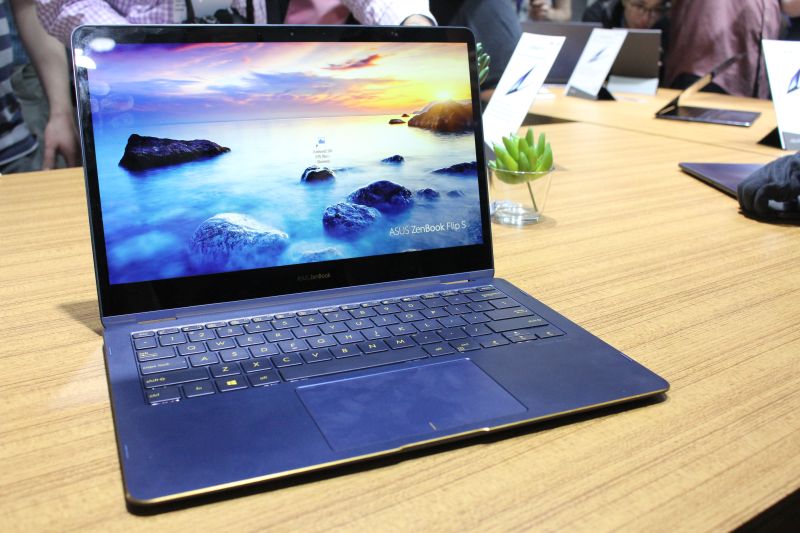 Holding it in our hands, it’s hard not to say that the ZenBook Flip S is a really light device. It weighs in at just 1.1kg, beating out both the HP Spectre X360 (1.29kg) and the perennially favorite Apple MacBook Air (1.35kg).

It’s no slouch either. Inside of it, the ZenBook Flip S can come with either a seventh generation Intel Core i5 of Core i7 CPU, up to 16GB of DDR4 RAM, and a 1TB PCIe 3.0 x4 SSD for that ultra-fast bootup time. 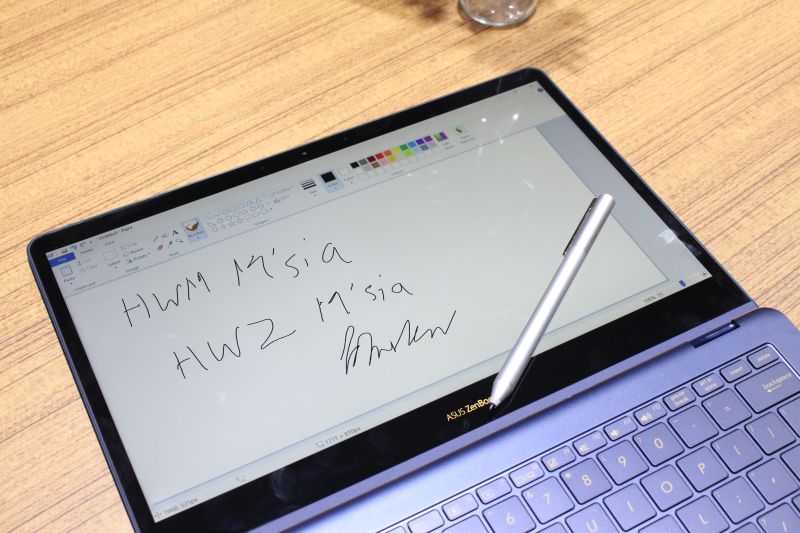 Even the display is a wonder in its own right. At the top of the device’s specifications list, the ZenBook Flip S houses a gorgeous 13.3-inch 4K UHD (3,840 x 2,160) NanoEdge display with an 80 percent screen-to-body ratio (along with 100 percent sRGB color gamut). Oh, and before we forget, the display is also touch-enabled, and can be paired with the ASUS Pen for a more personalized experience.

Longevity and battery endurance is another highlight of the ZenBook Flip S. According to Shih, the ZenBook Flip S will have a battery life of 11.5 hours on a full charge, and when it needs to be charged, its new built-in fast-charging technology will replenish the notebook’s battery from zero to 60 percent in less than an hour (49 minutes, to be precise). 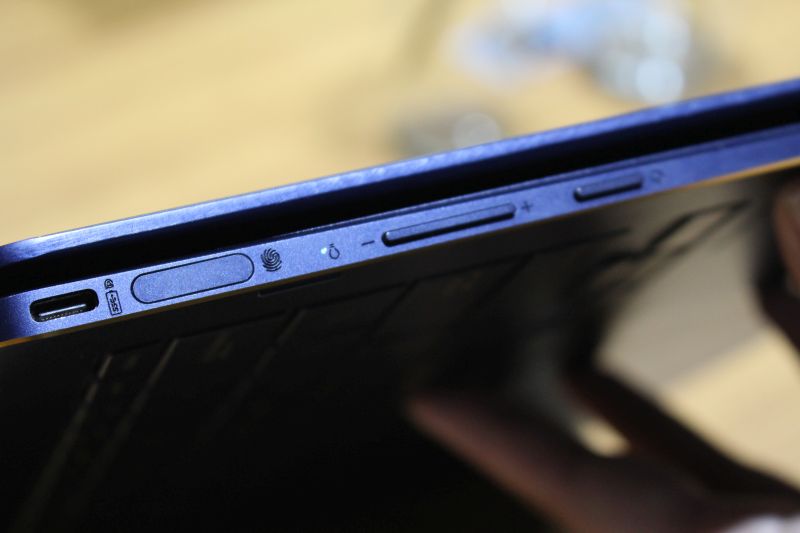 Adding to this flexible ultrabook’s list of personalized features is an embedded fingerprint sensor located at the side of the notebook. Shih describes this as a core part of the ZenBook Flip S’ overall security, as it works in tandem with Microsoft’s Windows Hello support.

Price-wise, the ASUS ZenBook Flip S will retail at a starting price of US$1,099 (approx. RM4,697) upon its availability, but Shih fell short of providing any concrete release date for it, as well as for the other ZenBooks and VivoBooks. 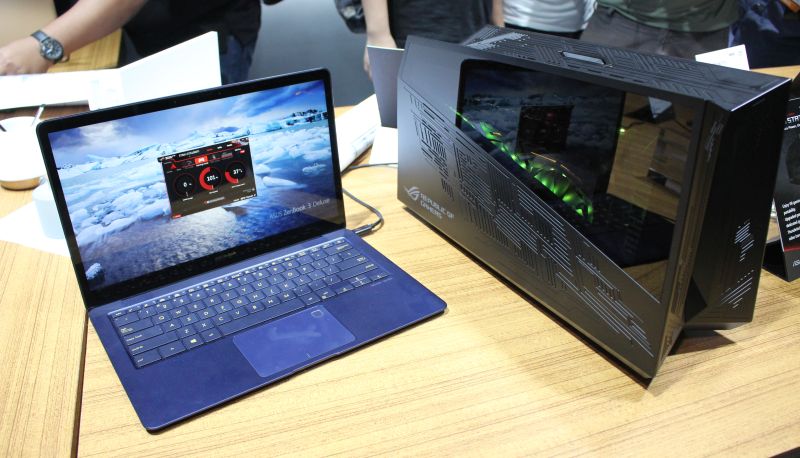 Instead, the ZenBook 3 Deluxe has a 14-inch Full HD display with an 84 percent screen-to-body ratio and a 100 percent sRGB color gamut. The ultrabook does have a fingerprint sensor, but instead of it being located on its side, it’s actually located at the top-right of the machine’s trackpad.

Just like its predecessor, the ZenBook 3 Deluxe has a Thunderbolt 3 port built into it, meaning that you can actually hook it up to ASUS’ ROG XG Station 2 external graphics enclosure. 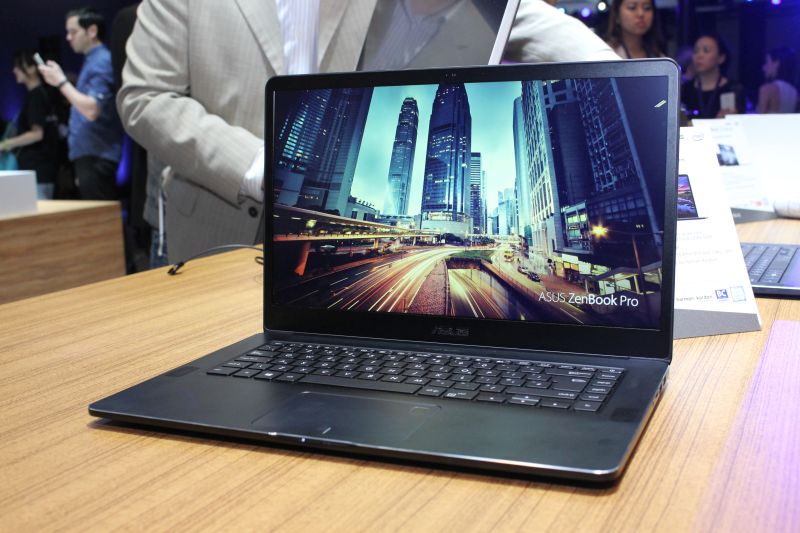 Compared to its siblings, the ZenBook Pro houses an NVIDIA GeForce GTX 1050 Ti discrete GPU, meaning that you could get a decent gaming experience out of the notebook while on the road. That being said, it’s likely that whoever gets the ZenBook Pro will more or less be using it as a mobile video editing workstation or even take advantage of NVIDIA’s GeForce Now streaming service. 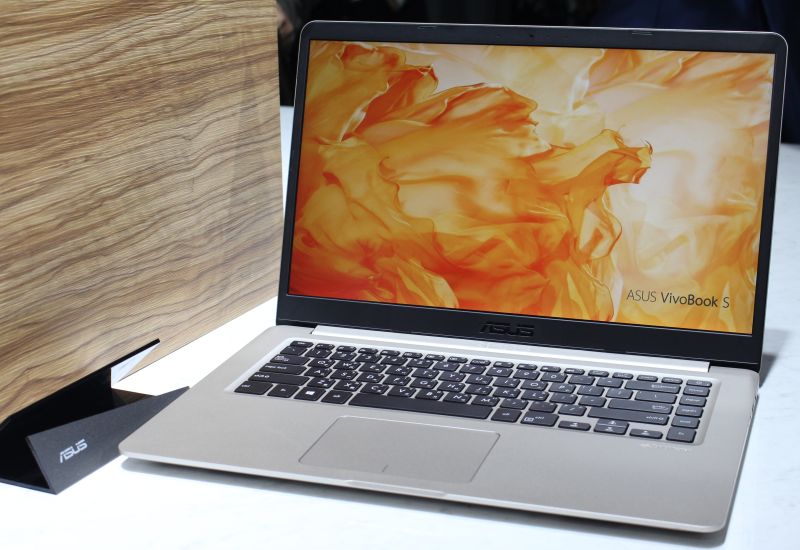 Last, but not least, to be announced at the press launch was the VivoBook S and VivoBook Pro. 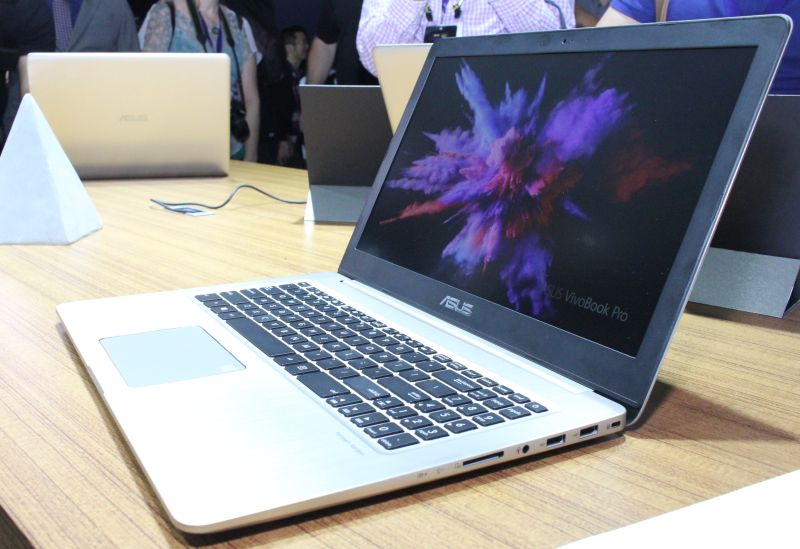 In terms of specification, both notebooks can be fitted with either a seventh generation Intel Core i5 or Core i7 U-series CPU (the VivoBook S has the additional option of a Core i3 CPU), 16GB of DDR4 RAM and 512GB SSD and 2TB HDD combo. With the VivoBook Pro, consumers can opt to have this notebook installed with the latest Intel Optane memory in order to significantly reduce loading and processing times for any and all applications. Both notebooks also come with a discrete GPU, with the VivoBook S housing an NVIDIA GeForce GTX 940MX, and the VivoBook Pro housing a GeForce GTX 1050.

As mentioned, while Shih had announced the official prices of the notebooks, he did not mention any specific dates. That being said, there is a very high possibility that these new ZenBooks and VivoBooks will be available globally within the coming months.

That wraps up our coverage of our first major press launch and announcement. As always, we’ll be covering several other press events during COMPUTEX 2017, so keep checking out our page.