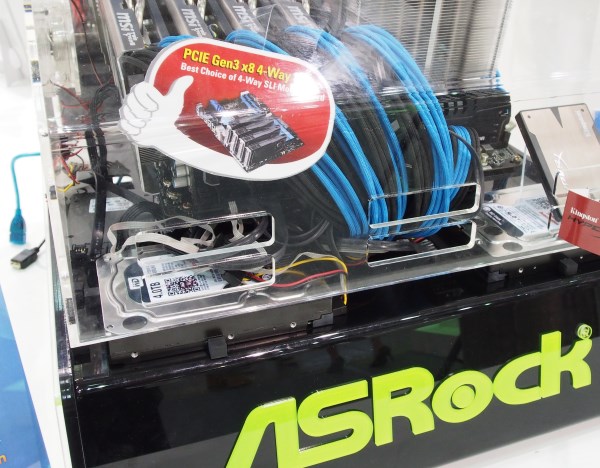 WD became the first storage manufacturer in the world to showcase a working SATA Express drive at COMPUTEX 2014. Since the announcement, we've spotted the prototype SATA Express WD Black drive at various motherboard brand booths, including ASUS, Gigabyte and MSI. However, at the ASRock booth, we noticed they had an actual benchmark running for some preliminary numbers to gauge its actual performance. Note that the SATA 3.0 spec has a maximum of bandwidth of 6Gbps (roughly 0.6 - 0.7GB/s). SATA Express is a pure PCIe interface that comprises of dual PCIe lanes. Since the Intel Z97 chipset is based on PCIe 2.0, a 2x PCIe 2.0 SATA Express setup should theoretically allow up to 1GB/s of bandwidth. If PCIe 3.0 lanes are used, it is possible to reach up to 2GB/s.

Unfortunately, most manufacturers we talked to do not see SATA Express drives becoming commercially available till 2015. Because of this, you'll probably only see SATA Express support on flagship motherboards. Some, such as MSI, only has onboard SATA Express featured on one out of the 26 boards in their new Intel 9 Series lineup, the Z97S SLI PLUS. 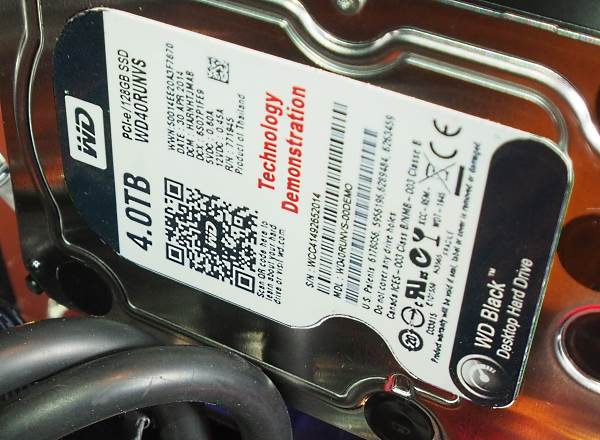 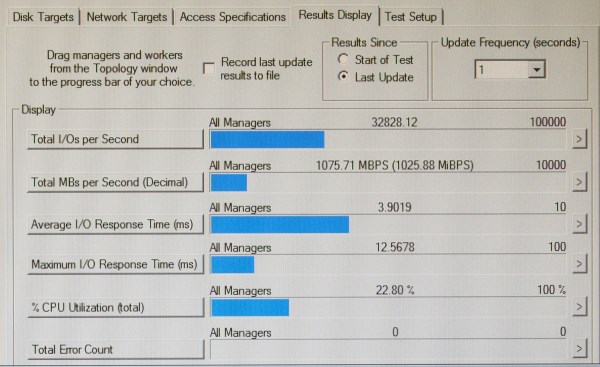