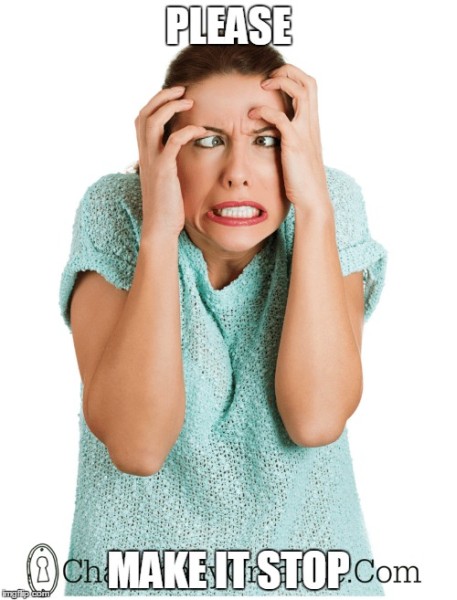 Every year, Chinese people all around the world return to their hometown to participate in the second largest ethnic gathering of families (the largest Chinese festival is the Winter Solstice festival) in the world.

Here in Malaysia, that tradition has been taken a step further (or too far, depending on who you ask) with the inclusion of obnoxious, overly exuberant and (quite frankly) irritating tunes that we know as Chinese New Year songs.

Yes, there’s no denying it. These horrendous songs that sing tales of prosperity, good fortune, and happiness that are meant to make us happy usually end up having quite the adverse effect. Rather than being happy, the majority of us tend to devolve into a puddle of pure unadulterated rage.

If you haven’t already figured it out: no, we’re not fans of the festive season’s choice of music and slightly annoying “dong dong chiang” drum beats. Luckily for us, we have the choice of not listening to these horrid tunes, but instead, thanks to the Internet and YouTube, we have the option of drowning them out. On that note, here's our list of non-conformist songs below, which we believe would be a better alternative for your listening pleasure.

Here's the list of song in the playlist and why we chose them.

Walk the Moon - Shut Up and Dance

This first song on our list isn’t just a song of love, but it’s also a happy song that just screams of nostalgia, thanks on no small part to the resurgence of 80’s electronica music.

Journey - Anyway you Want It

This is by far one of the greatest and timeless classics. The tune is upbeat, and Steve Perry’s vocals are nothing, if not majestic to listen, especially during a hot, Chinese New Year’s day.

First heard the world over with the premiere of the movie The Devil Wear’s Prada, Suddenly I See is a bubbly song about staying positive and being optimistic.

While this song may be considered an anthem for the strong independent woman, there’s no denying that this song’s catchy tempo makes this a song worth playing during the first few days of Chinese New Year.

This song which was first released exactly eight years ago by this Welsh singer is pretty much a homage to the old song style of the 60's, has a catchy tune, and is easy to sing along to with your cousins (and dance to, depending on how much beer you've had during the family gathering), during the Chinese New Year lunches.

Barenaked Ladies - One Week and It's All Been Done

To be honest, both these songs from the Barenaked Ladies are just pure fun to listen to. If anything, these songs are bound to evoke laughter around relatives, if not memories among those of us who were fortunate to have spent our formative years during the 90’s.

Take That - Back For Good

It’s just not Chinese New Year without the occasional pop song that sings about love and forgiveness playing on the radio, and this song just fits the criteria!

This is probably one of the most appropriate songs that could ever be played on a hot Chinese New Year’s day. It’s relaxing, chilled, and extremely easy-going. Sadly, an official music video was never made for the song, so the best we could find is the fan-made video featuring the song (Sorry).

Who says that Chinese New Year songs are the only ones with an absurd amounts of drum beats? This song from the Swedish techno band is equally filled with copious amount of beats, yet still more appeasing to the ear.

Backstreet Boys - Shape of My Heart

There’s nothing more beloved by people than a love song sung by a perennial boy band from the 90’s, such as this classical love song.

Jill Barber – A Kiss To Build A Dream On

This rendition of a Louis Armstrong’s classic by this French-Canadian songstress is an easy going tune that is easy on the ears, and clearly not as offensive as the traditional Chinese New Year songs.

This song is the ultimate happy, non-conformist song on our list, and is quite probably the bubbliest song to ever come from a children’s animation. The song is essentially every definition of the word “Happy,” and is just a pleasure to play during Chinese New Year.