CES Asia: Audi’s booth and going out on to the floor

CES Asia: Audi’s booth and going out on to the floor 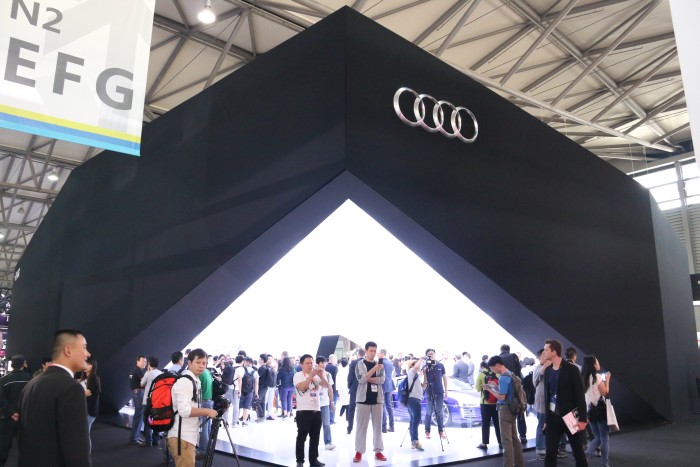 With Audi’s keynote christening the first ever International Consumer Electronics Show (CES) Asia, the program kicked off officially and proper on Monday. Naturally, we went on to the show floor to see what some companies had to offer to the China, as well as the rest of the Asian region. 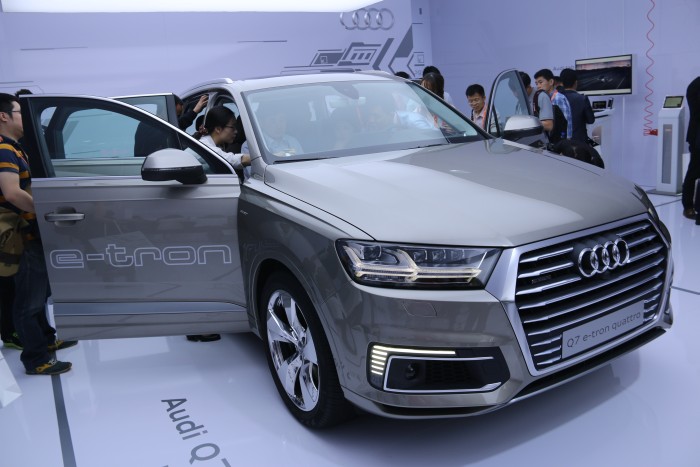 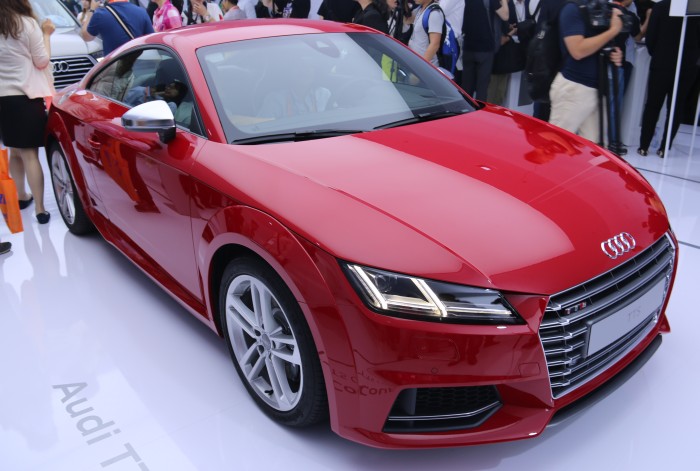 We first visited Audi’s booth to get a closer look at their new technology which they announced the day before. On the stage, we couldn’t exactly see each and every one of the new pieces of technology that Audi had developed for their Audi Q7. To that effect, their booth on the floor featured all those nifty developments, sprawled out across floor. 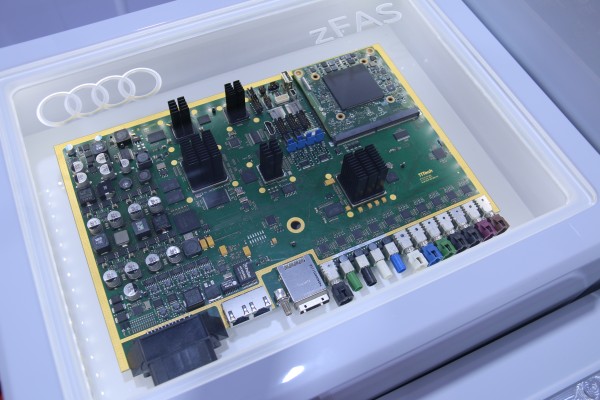 One of the first things which we made a bee line to was the company’s zFAS piloted driving system. As mentioned, the concept of piloted driving (also known as self-driving) isn’t foreign to us, and the technology is slowly but surely becoming increasingly common with many companies in the automobile world. It should come to no surprise to you, then, that Audi has been a key player as a co-developer with graphics company NVIDIA, in turning this once impossible feature into reality. 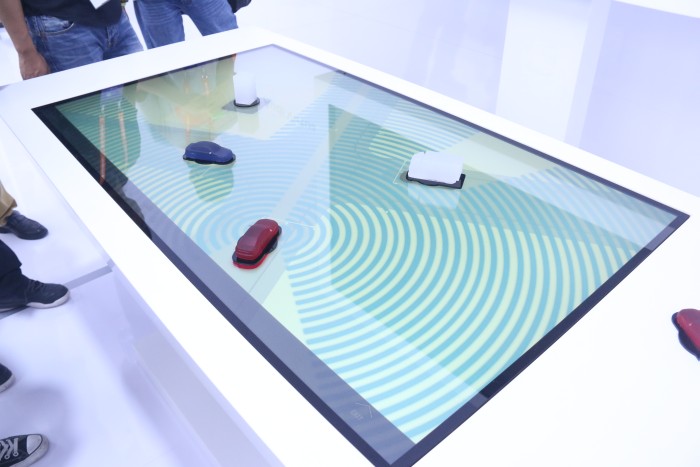 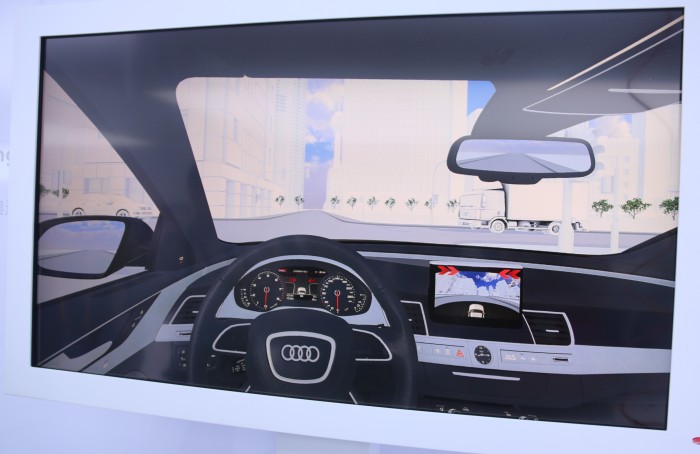 Remember how we mentioned that Audi had developed the Matrix LED lights and sensor technology which actively adjusts and informs the driver of the surrounding traffic? Well, they actually gave a demonstration to the crowd via an interactive table dubbed simply as the Virtual Engineering Terminal (VET for short). Here’s how the VET works: the terminal is equipped with a model of one of Audi’s cars, along with a couple of other models which represents other generic vehicles on the road.

By placing these models on the VET, a display then shows the viewing angle of the Audi vehicle, as well as the other vehicles that aren’t in the car’s direct view. That’s pretty much the gist of the VET’s function. 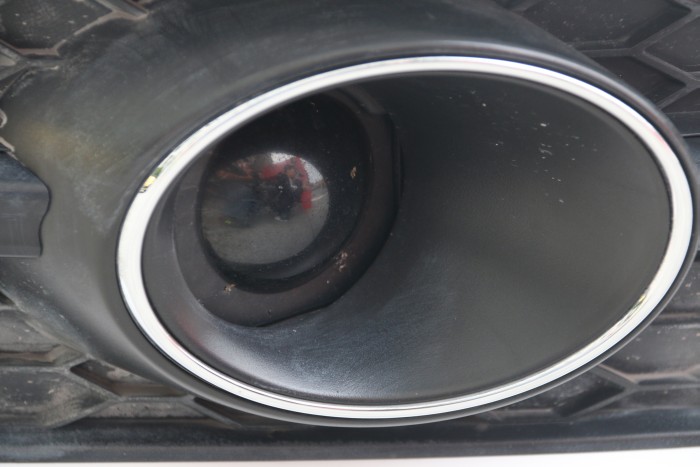 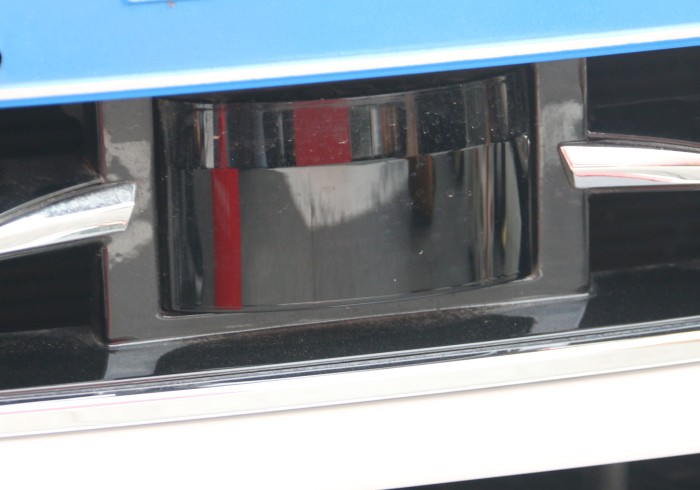 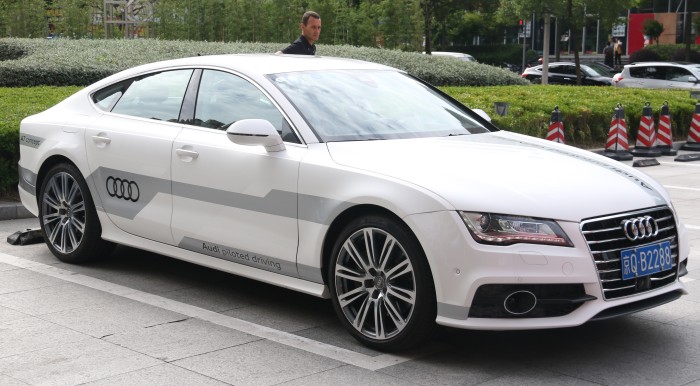 But why are there two sensors? Because each sensor type have specific limitations in what they can and cannot detect. Radar sensor technology is commonly used to detect objects that are solid mass that are either stationary or mobile, but is unable to map out anything in a liquid state. Laser sensor technology works the opposite way: it’s able to detect and map out liquid mass within a projected area, but it is hopelessly inaccurate in detecting solid mass.

Both these sensors are programmed to work as a single, cohesive unit, complementing the flaws which both sensors possess, with the end result being a dual-sensor system that can accurately detect and pin point any object within a radius of several meters and react to it within a 25th of a second (that’s 40 miliseconds). 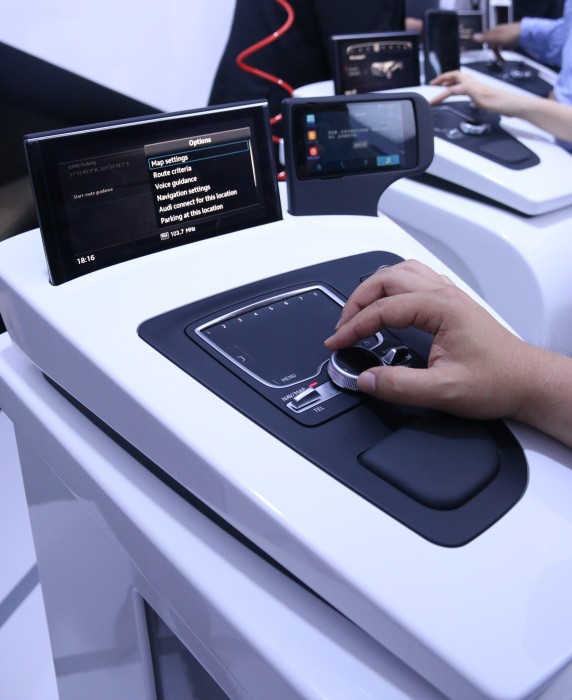 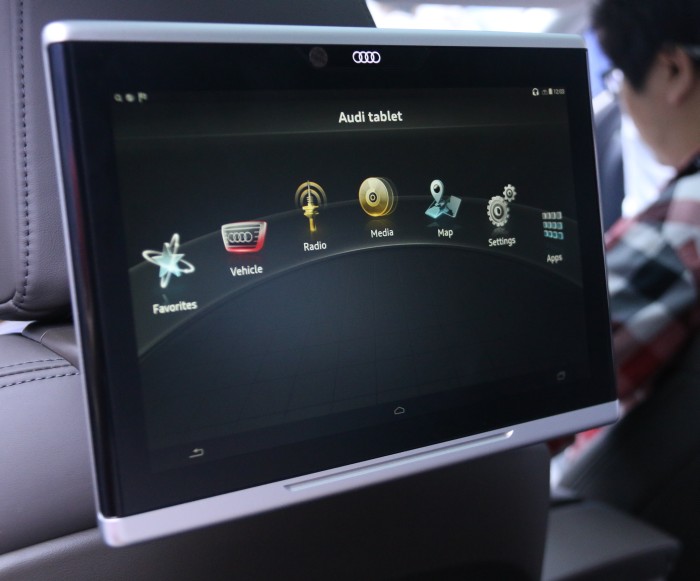 At the same time, we also got a chance to see the interior and the touch and gesture-integrated control panel of the Audi Q7. As a car designed to enable the driver to be constantly connected to the internet wherever they are, this new touch and gesture-integrated control panel was beyond a doubt, an essential part of the car and Audi's future in vehicular connectivity.

In the past, this technology was limited: drivers could only use it to change the radio station or their video content, or even set a command on the on-board navigation system in order to get from point A to point B. With the new Audi Connect and touch and gesture touchpad, owners of the Q7 (and any future Audi cars) don't just get a car: they're getting a vehicle that will essentially keep you tethered to the internet. In laymen's terms, it's a mobile hotspot with an big, intelligent, and powerful engine on four wheels.

The idea of keeping a car connected to the internet while on the move isn't what you call groundbreaking. A couple of years back, Proton and YTL Corporation Berhad had worked together in order to make the Proton Suprima, a car which was equipped with YTL's blazing-fast YES mobile internet technology (plus a few iPads for the passengers). Audi, however, has done things a little differently. Rather than collaborating with a specific telco, the Audi Connect technology is built-in to the car, free from any telco plans. In short, the car is basically internet ready, but which telco service an owner of an Audi car fitted with Audi Connect wants is left on the table. 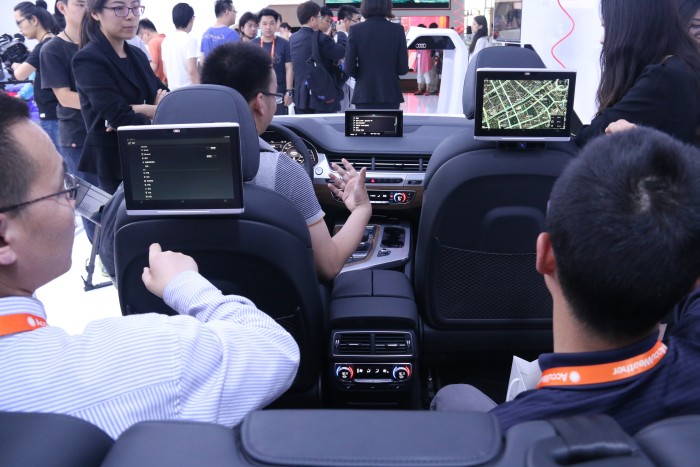 With that, we ended our tour of the Audi booth, and then proceeded towards the floor to see just what and who else was present.