Capturing the sights of Zhangjiajie, China with the Huawei Mate 10

Capturing the sights of Zhangjiajie, China with the Huawei Mate 10 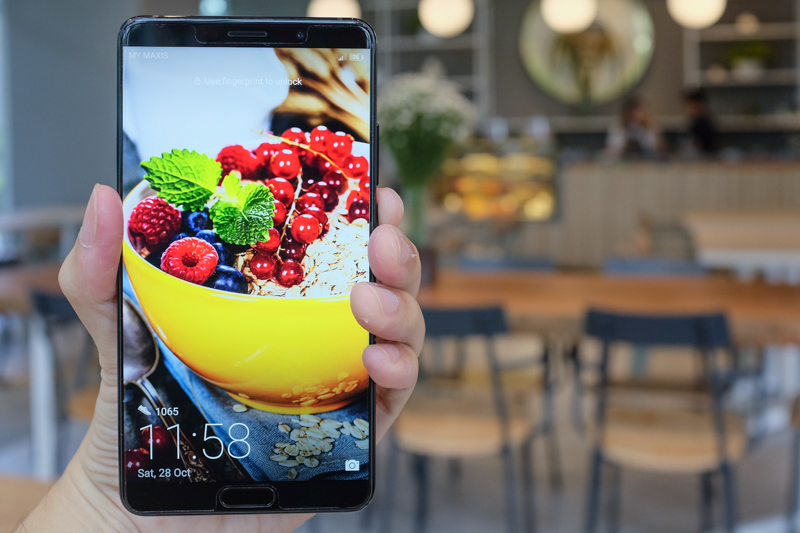 Earlier this month, I wrote a glowing review of the Huawei Mate 10. It wasn’t because I was sponsored to do it – as some of you might be inclined to believe – but because it genuinely deserved all the praise that it could get.

The AI-powered Kirin 970 processor helped it perform flawlessly, its laundry list of features and functions would keep even the most demanding users happy, and judging from the handful of photos that it captured for my review, it has a pretty impressive Leica dual-camera system on its back, too.

As a matter of fact, I was so enthralled by the rear camera of the Mate 10, that while I was packing my bags for a recent excursion to Zhangjiajie, China – otherwise known as the place that served as the backdrop of James Cameron’s Avatar – I decided to leave my trusty Sony RX100 II behind, and place all my photography needs in the hands of the Mate 10 instead.

But not without reservations, of course. For starters, I’ve only had the Mate 10 for barely a week, and haven’t actually had the time to discover the limits of its camera. And truth be told, I honestly wasn’t expecting the image quality of the Mate 10’s rear camera to be better than that of the RX100 II – it’s just that I was rather curious to find out just how significant (or insignificant) the difference in image quality would be, particularly since the sample photos I captured for the review of the Mate 10 turned out surprisingly good.

So I took the plunge, and never turned back. 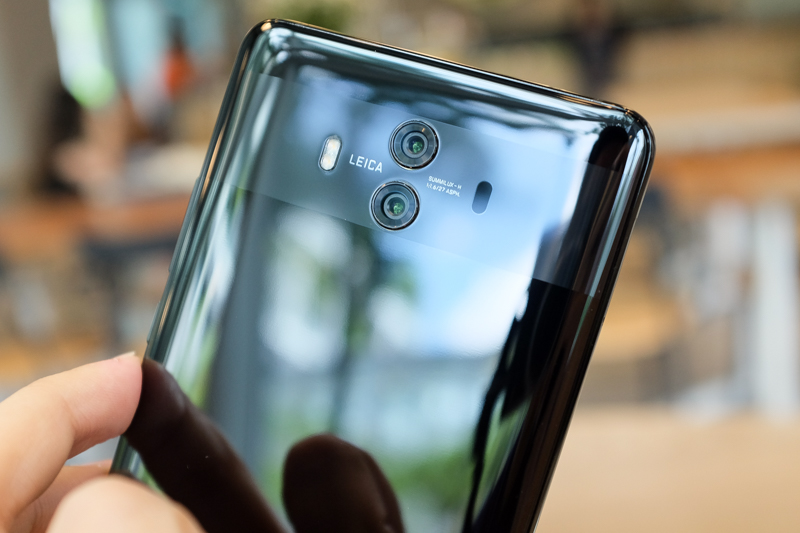 The photos that you see below were captured in JPEG, and have been post-processed on Adobe Lightroom, unless mentioned otherwise. You can view the original, full-sized versions of each photos by clicking on them.

With that said, you might be wondering: why did I not shoot in RAW from the get-go? Well, there are a couple of reasons for that. First, I wanted to know whether the dual image signal processors, AI-powered scene detection, and image processing algorithms of the Mate 10 were capable of handling everything on its own without my intervention.

Second, I was traveling as part of a tour group, which effectively meant that I had little time to tinker with the manual camera settings of the Mate 10’s ‘Pro Mode’ every time I wanted to take a shot. Run-and-gun was pretty much the name of the game. 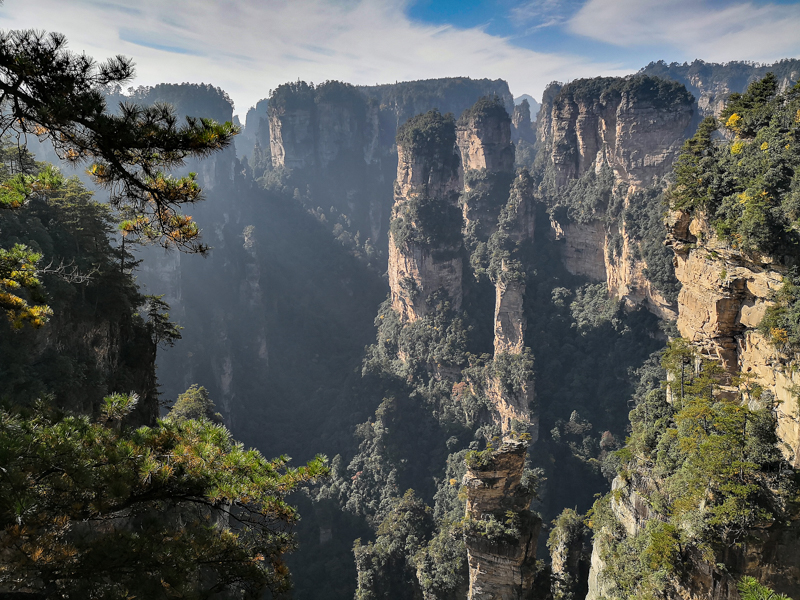 The photo above was captured at the Zhangjiajie National Forest Park, which was recognized as a UNESCO World Heritage Site in 1992. The biggest attraction of the park was undoubtedly these pillar-like rock formations, which could reach heights of approximately 200 meters. 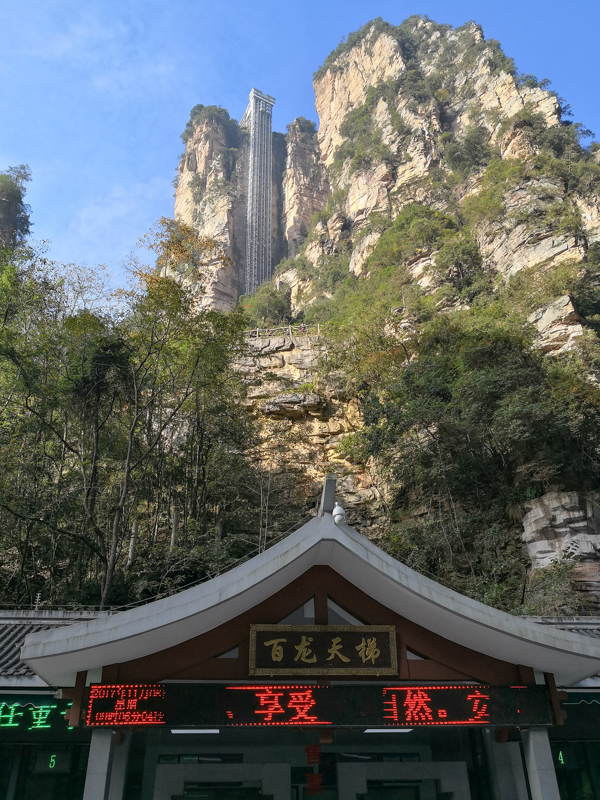 In order to admire these magnificent beauties without having to tilt your head backwards with your mouth agape, you’ll need to use this: the Bailong Elevator, otherwise known as the tallest outdoor lift in the world.

If you have a fear of heights, you will feel compelled to keep your eyes shut throughout the entire ride, because the only thing that’s separating you from a 326-meter drop are the glass walls of the elevator itself.

But don’t worry, it will only take a minute and 32 seconds for you to be whisked to the top of the quartzite cliff that the Bailong Elevator is perched on. 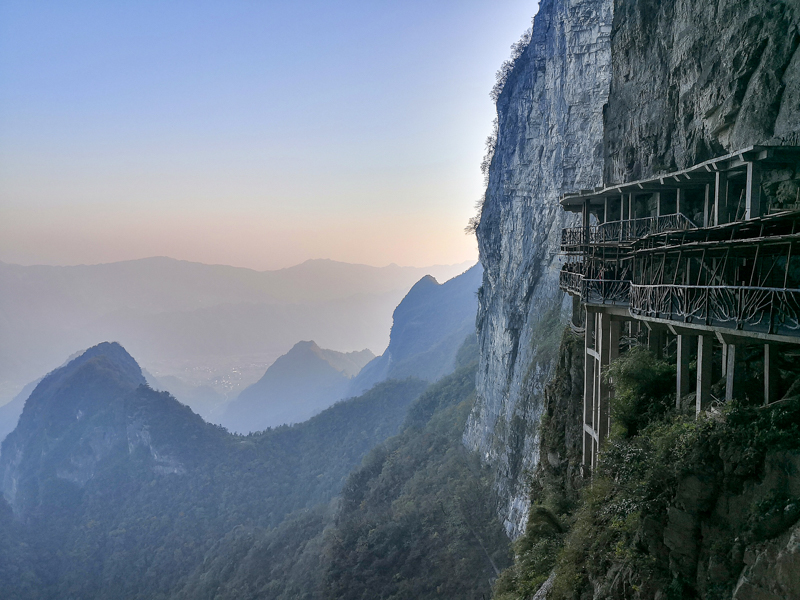 Walk around the Zhangjiajie National Forest Park, and you will be treated to picturesque sights such as this: walkways that are literally built along the side of a cliff. Again, those amongst you with a fear of heights might find yourself sticking closer to the cliff than the railing, because beyond it is a ravine that is easily hundreds of meters deep. 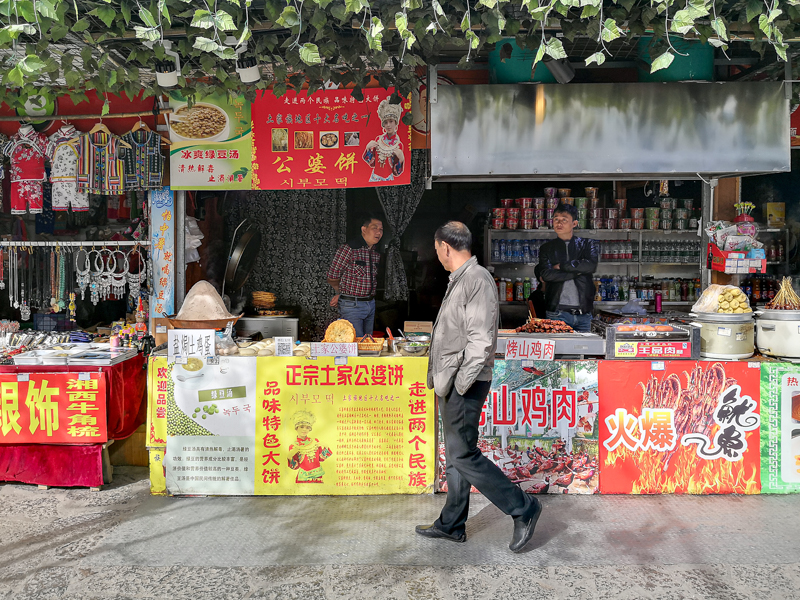 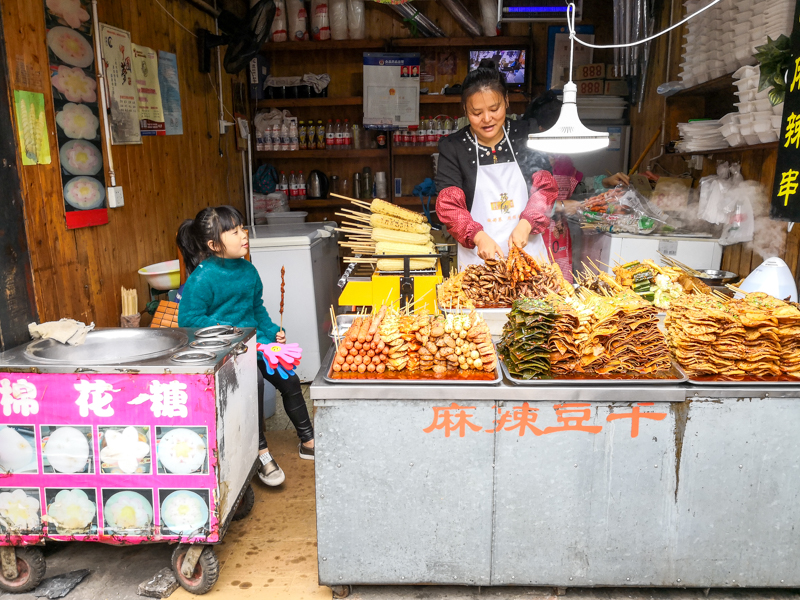 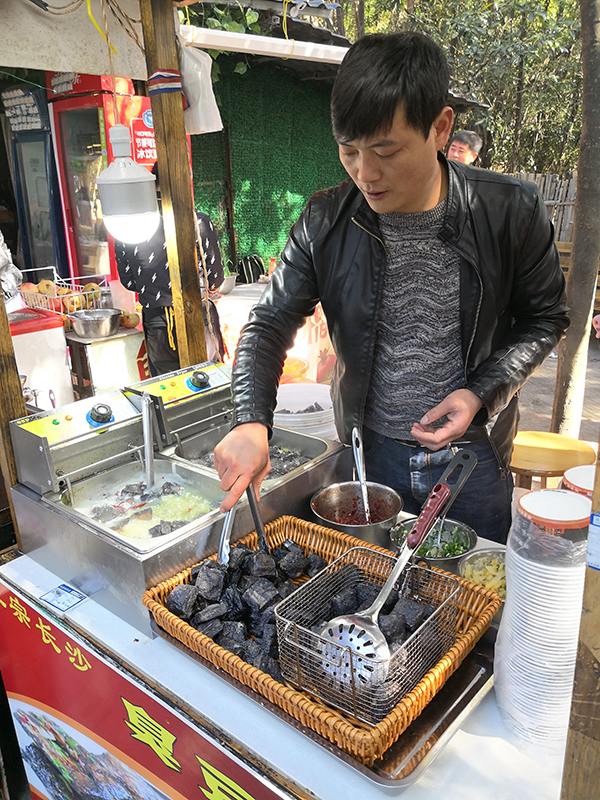 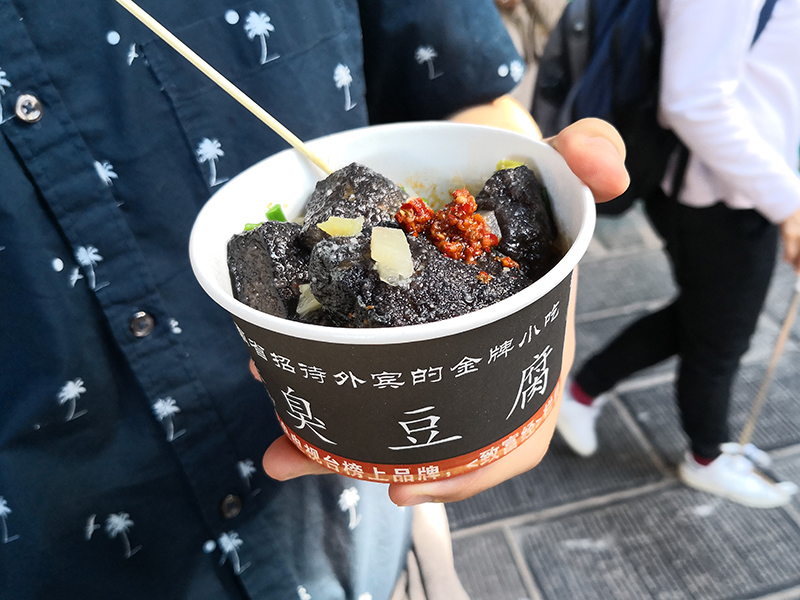 No popular tourist destination in Zhangjiajie is without street food vendors, so you can forget about being hungry during your travels. Though you might want to be extra cautious about whatever it is that you decide to eat, because your stomach might not be accustomed to the flavor and cooking method of local delicacies, which are generally very oily and spicy. You really don’t want your tummy to be upset in an area where washrooms are scarce. 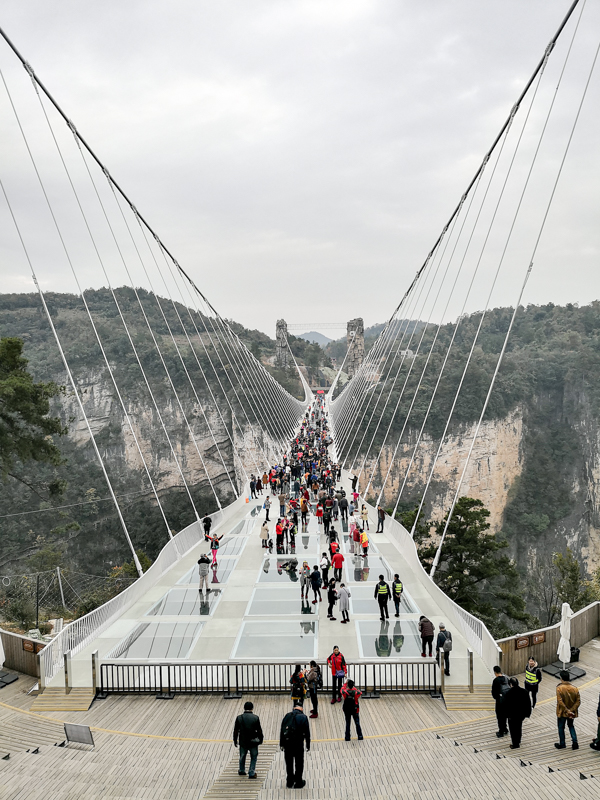 Located a stone’s throw away from the Zhangjiajie National Forest Park is the Zhangjiajie Glass Bridge: the world's longest and highest glass-bottomed bridge. It’s 430 meters long, six meters wide, and is suspended 300 meters in mid-air.

To give you a better perspective of just how high up the bridge actually is, just know that the Skybridge of the Petronas Twin Towers is ‘only’ 170 meters above ground level. If your knees felt wobbly while walking across the Skybridge of the Petronas Twin Towers, chances are, you’re going to end up crawling your way from one end of the Zhangjiajie Glass Bridge to the other. 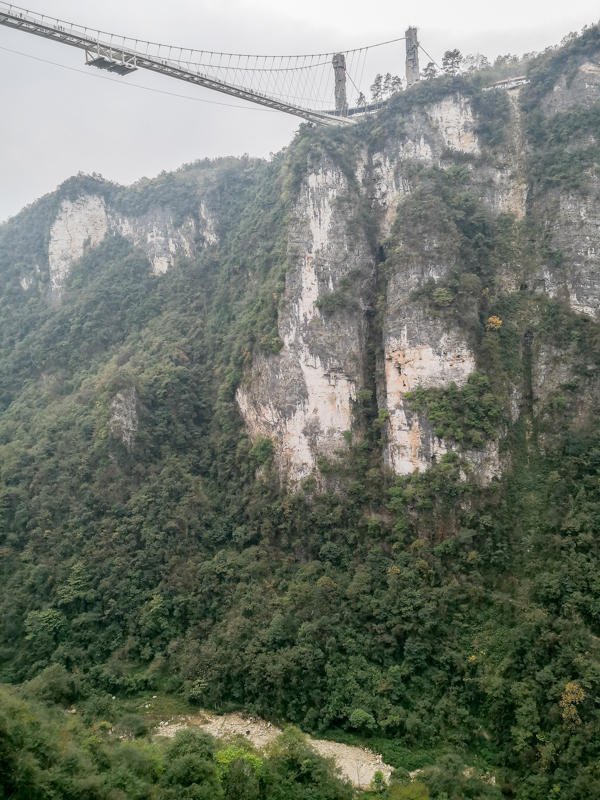 Zoom in the photo above, you can see how miniscule the people walking on bridge really are in contrast to the massive valley below them. 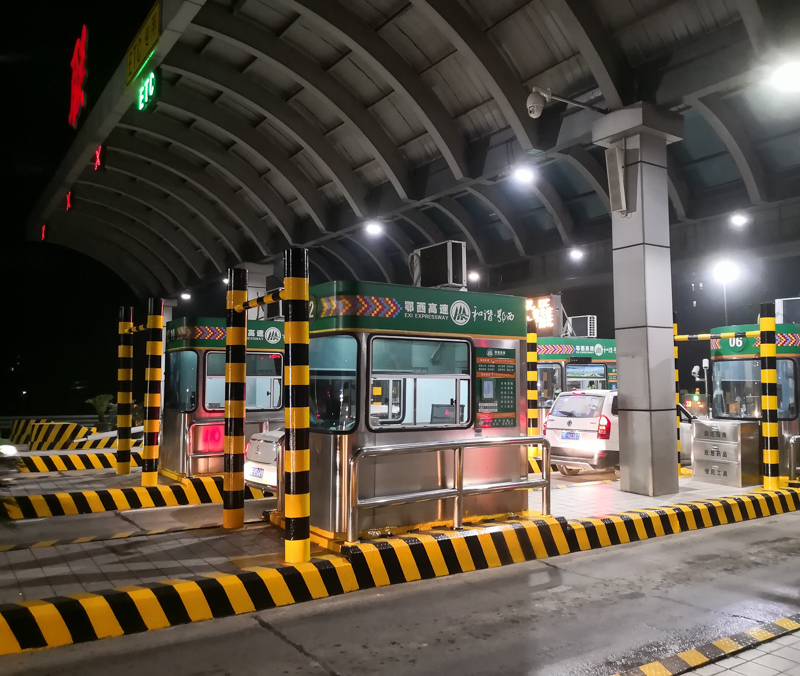 My trip to Zhangjiajie wasn’t entirely about mountains and rocks, however, as the itinerary also included a three-day long cruise along the Yangtze River – the longest river in Asia, and the third-longest in the world.

We were scheduled to hop onboard the cruise at the city of Yichang, which was a solid six-hour bus ride away from the mountainous regions of Zhangjiajie. Our final destination? Chongqing – an economic powerhouse of a city with a GDP of US$425 billion, which is comparable to that of Chile, a proper country.

Of course, we weren’t strictly confined to the decks of our cruise ship throughout the three-day long journey. There were quite a number of stopovers at the scenic small towns that were strewn along the Yangtze River, which was where I captured the following photos. 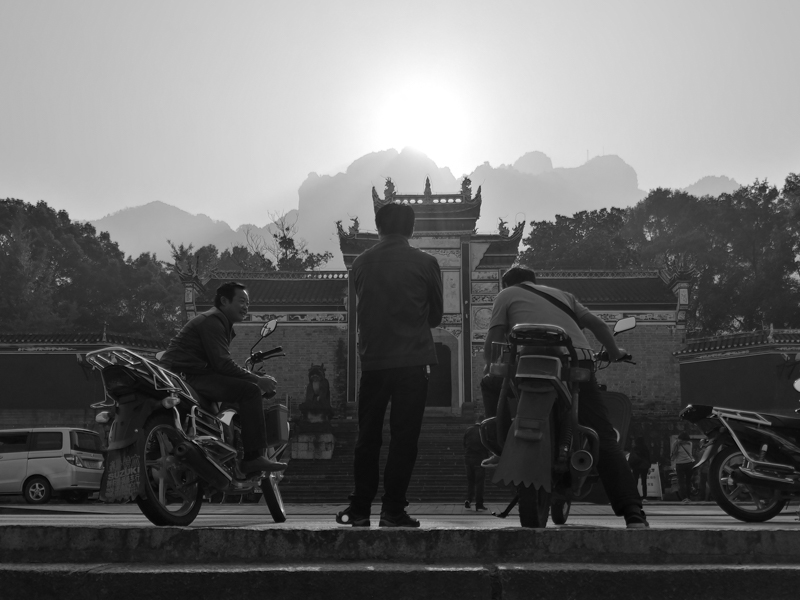 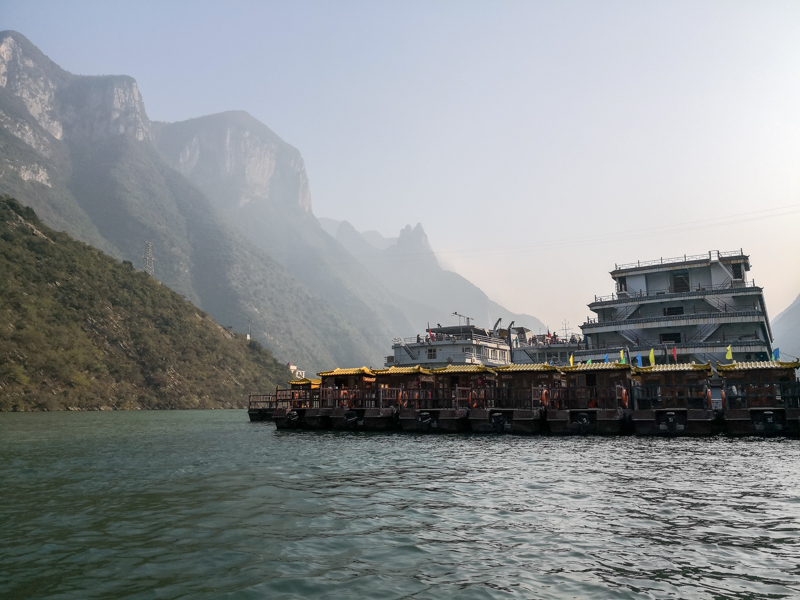 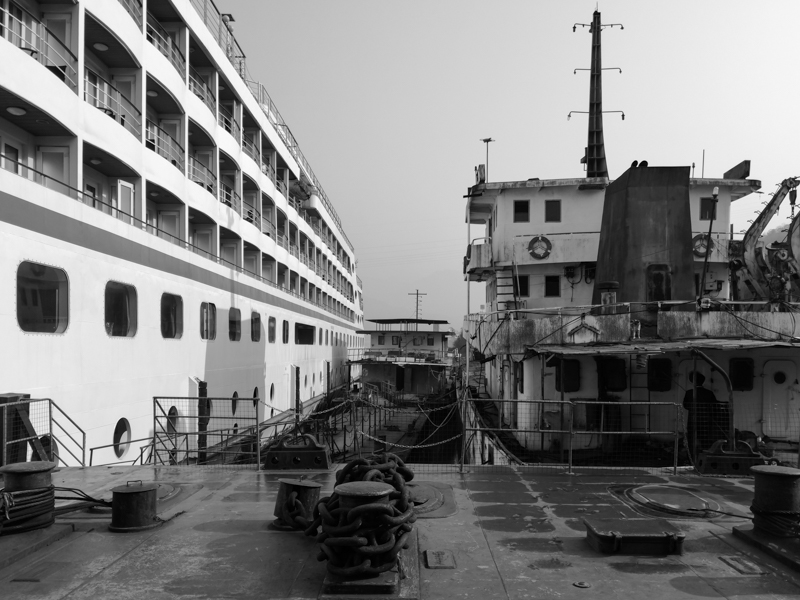 Fast forward three days later, and we had arrived at Chongqing. For those who still think that it’s some obscure kampung located in the middle of nowhere, maybe the two photos below will change your mind. 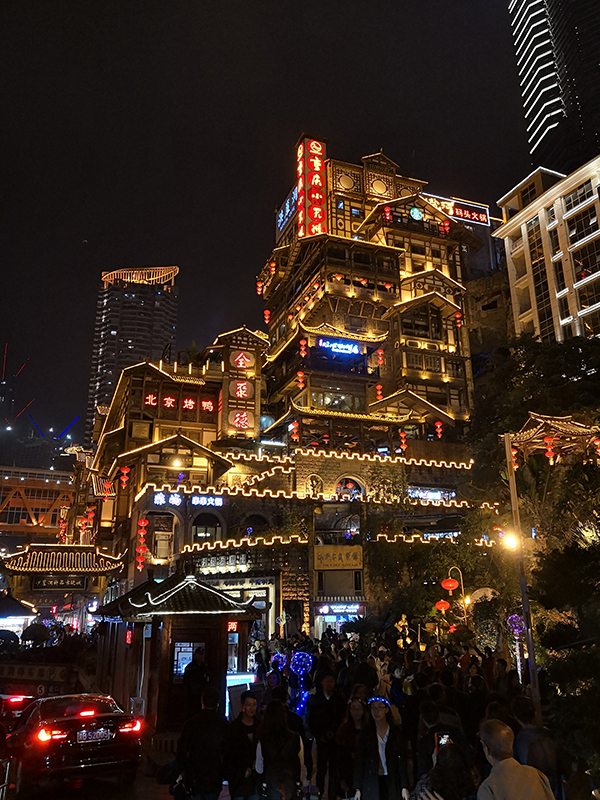 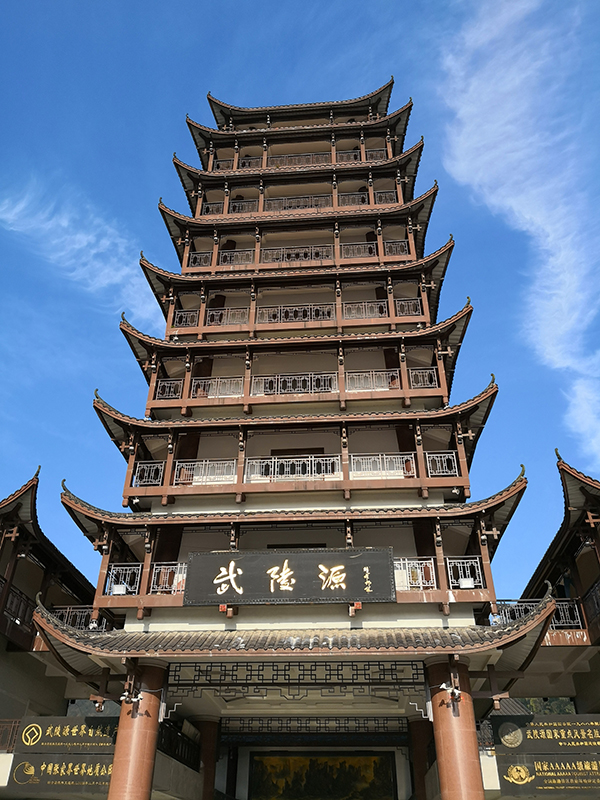 This leaves us with the burning question: should I have used the RX100 II as my primary shooter instead of the Mate 10?

Well, looking back at the photos, I can confidently say that I have no regrets whatsoever. 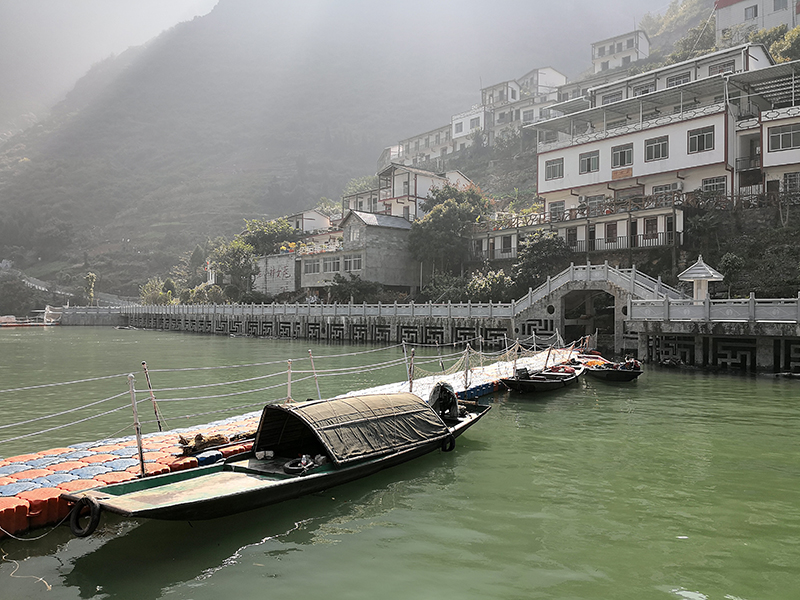 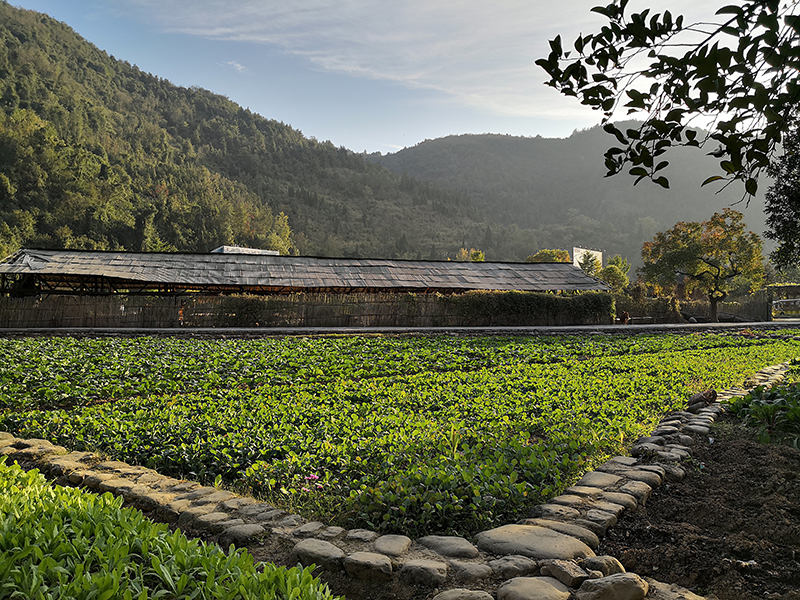 That being said, the camera of the Mate 10 is by no means a miracle worker. It has a tendency of sharpening images a little too much, and is sometimes a little too heavy-handed with the contrast, which often results in the shadows of an image appearing just a tad too dark, making the entire image look underexposed. However, these are issues that can easily be remedied on the Mate 10 itself using free – but nonetheless powerful – photo editing apps like VSCO and Snapseed.