BroadcastAsia 2014 - The Beautiful Game in 4K

BroadcastAsia 2014 - The Beautiful Game in 4K 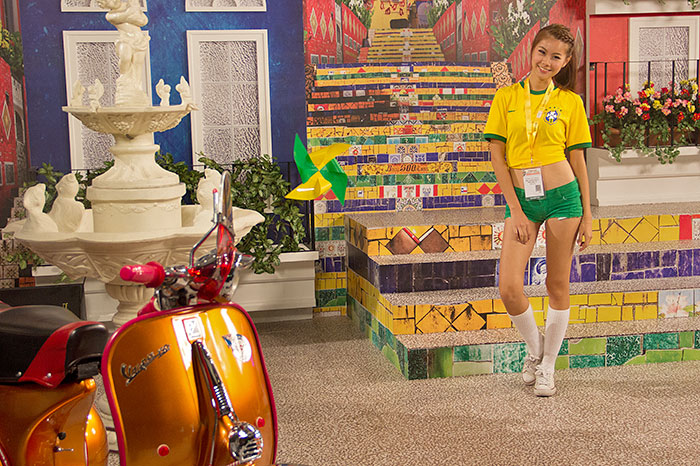 With a number of the main exhibitors collaborating to cover this year’s World Cup in Ultra High Definition (UHD), it was evident that sportscasting was going to be the main focus of this year, especially since live 4K broadcast is one of the ways broadcasters can distinguish themselves from upcoming OTT players.

Sony was on hand to take us through their solution for producing major global sporting events in UHD, as they have been heavily involved with partners over the last year on various sporting events, and are currently working with FIFA to film three matches of this year’s World Cup to be compiled into a 4K World Cup movie feature.

While they couldn’t comment on the set-up currently being used for the World Cup, Sony did share the lessons learnt from their trial run at last year’s Confederations’ Cup. And what Sony discovered was that despite the obvious need to cater for larger bandwidth concerns, filming in 4K also left them with some interesting take-aways. 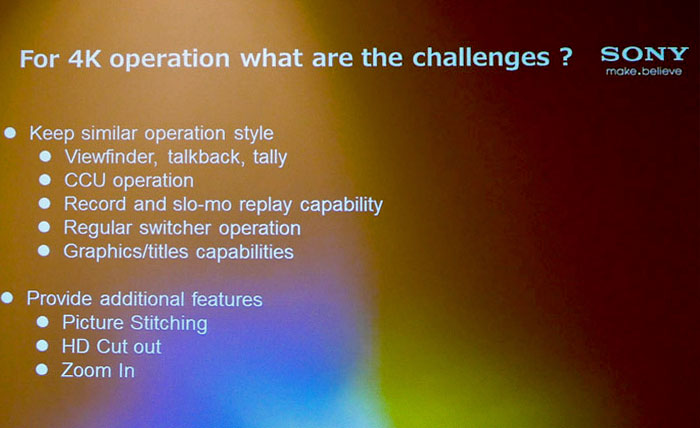 For one, they were largely able to keep a similar operating style to regular HD video, maintaining record and slo-mo replay capabilities, as well as regular switcher operation. Obviously 4K cameras (with camera adapters) had to be used, but all that needed to be added to the workflow was a 4K broadband processor, a 4K UP switcher, a 4K monitor for live monitoring and an additional 4K server with Slo-Mo controller. 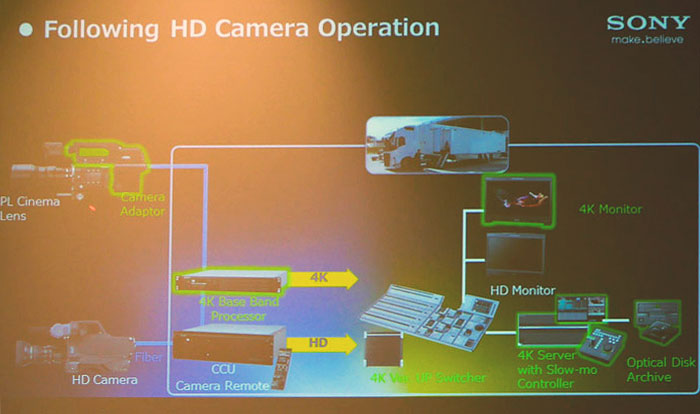 With UHD however, they no longer had to zoom in and out as much, but rather could elect to switch camera feeds instead. Cine and UHD footage was combined to great effect, and not needing the individual cameras to zoom as much contributed to smoother scene switching overall. Also, the 4K cameras with a wide-angle lens mounted could effectively cover about 70 percent of the game, as HD crops could be used for some of the close-ups, and many techniques from HD production could also be used with 4K production. 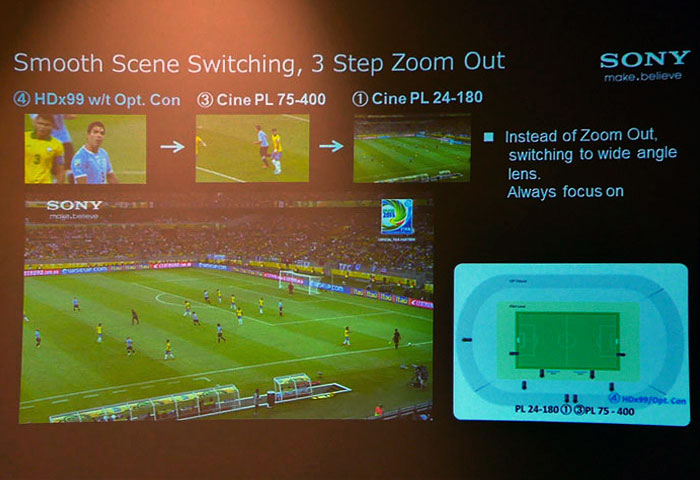 Our current rates of transmission don't do 4K justice, says Fabio Murra, Head, TV Compression Portfolio Marketing, Ericsson. Fabio thinks that for a true 4K experience, we need to give our video feeds more bits - going from the current 8-bit stream to a 10-bit one. In terms of transmission loads, a 10-bit load will not add significantly more as compared to the current 8-bit feeds, but the advantages are numerous. 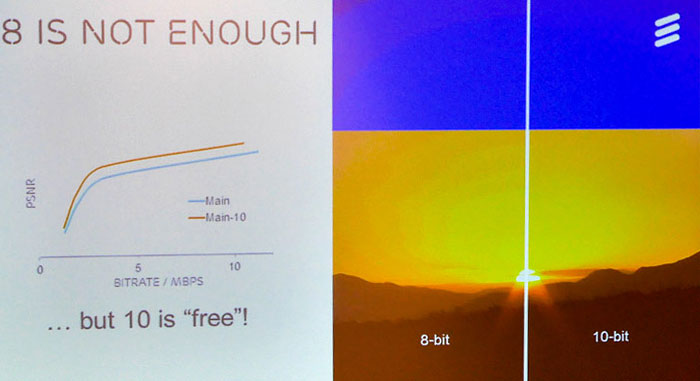 For one, the extra bits will allow 4K feeds to showcase the full range of colors, which will lead to a more realistic viewing experience. By transmitting at 50/60 fps, the viewing experience on 4K televisions will also be better, as the higher frame rate will help compensate for judder, which will be more obvious because the greater field of view increases our sensitivity to motion. Also, 10 bits are necessary to avoid artifacts and banding, as evidenced in the image above.

In essence, by adding a negligible (in terms of delivery speed) two bits to the length of our current video feeds, and then applying compression technologies (as we already do with HD feeds today), broadcasters will be able to bring the full 4K experience streams to their viewers. 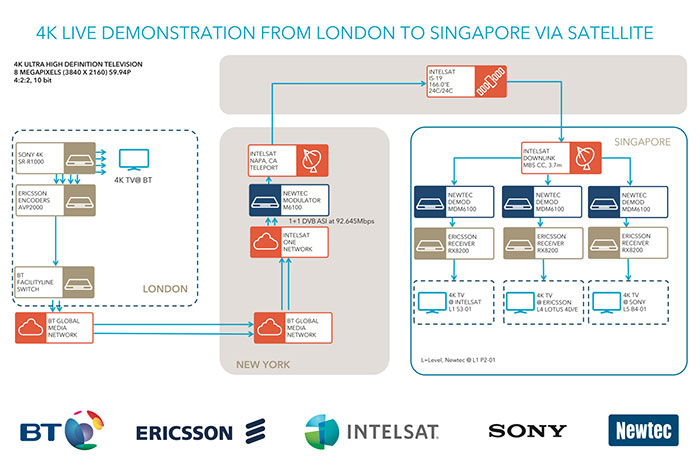 Speaking of which, here are some interesting 4K-related products on the show floor at BroadcastAsia 2014: 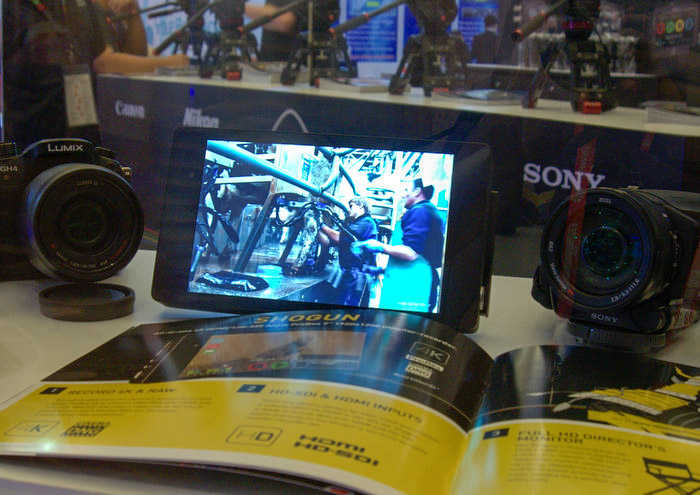 The Atomos all-in-one recorder-monitors are always named after Japanese warriors and weapons, and this September we will see the birth of the 4K-capable Shogun. It can record in Apple ProRes 4K or Cinema DNG Raw. If you are into slow-motion shots, the Shogun can also record up to 120 frames per second in Full HD (1,920 x 1,080). 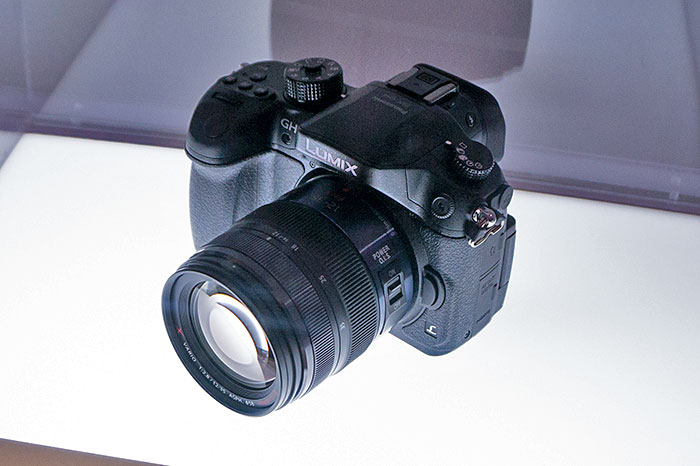 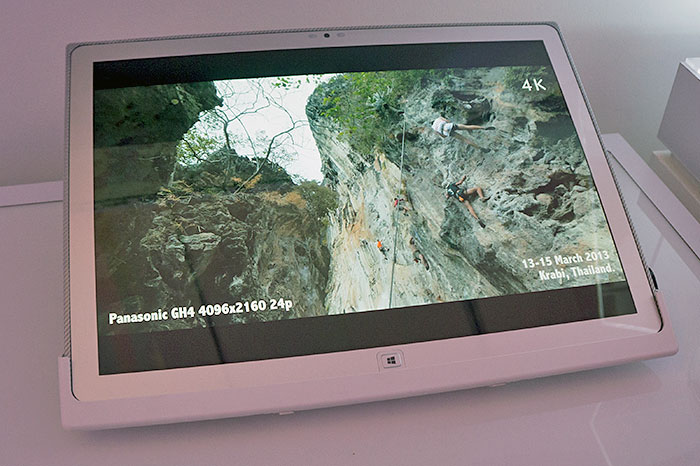 Prices for 4K TVs are coming down, and owning a 4K TV is no longer such a far fetched dream. But what about a 4K tablet? The Panasonic MB5 is a 20-inch 4K tablet (230ppi) running Windows 8.1 Pro and "designed for photographers, architects, marketers and salespeople". These professionals are always on-the-go, but fret not, this tablet is part of Panasonic’s Toughpad series and can survive up to a 76cm drop on its back. While this was first showcased at IFA 2013 late last year, the 4K tablet's availability in this region has only been recent. For more photos and information of the product, we have it covered here. 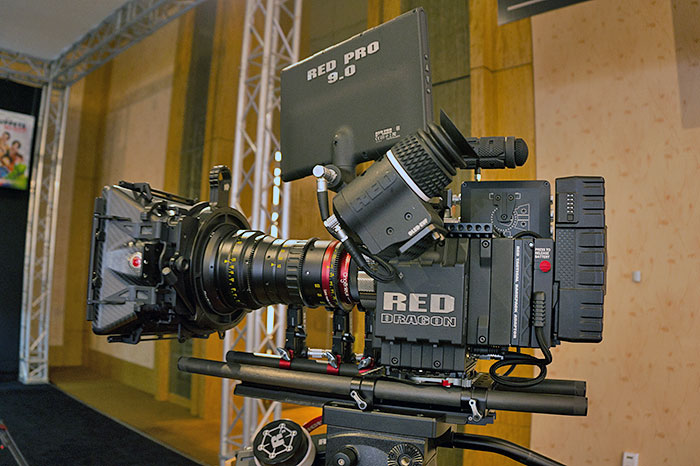 4K is the next big thing, but filmmakers have long moved forward to 5K and even 6K. Red has the Epic Dragon on display at Broadcast Asia that can record video up to 6,144 x 3,160 pixels resolution at up to 100fps. This beast carries an equally monstrous price tag of US$29,000 and up, and comes with options for Canon, Leica-M, Nikon or PL mounts. 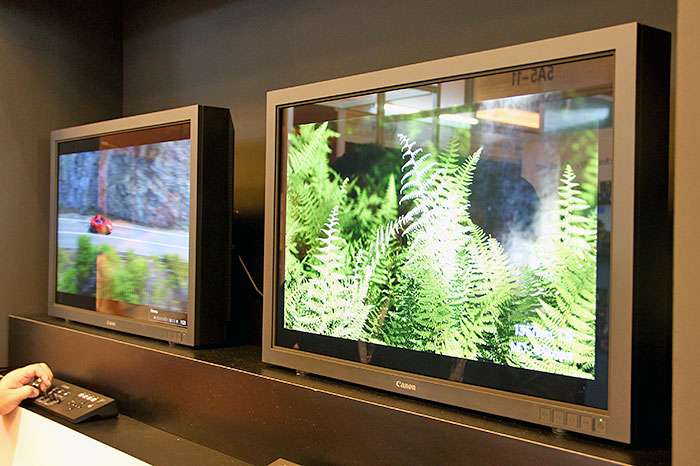 The Canon DP-V3010 is a 4K reference display developed to support viewing applications related to 4K program prigination, such as 4K digital cinema-centric and 4K UHD source image formats. Capable of upconverting HD or 2K to 4K, this 30-inch, 16:10 display has a resolution of 4,096 x 2,560 pixels, and uses an IPS LCD panel supported by a Canon-designed RGB LED backlight system. It also has multiple 3G-SDI I/O ports and four DisplayPort interfaces. A separate Display Controller can be used to facilitate remote control of many of its functions.