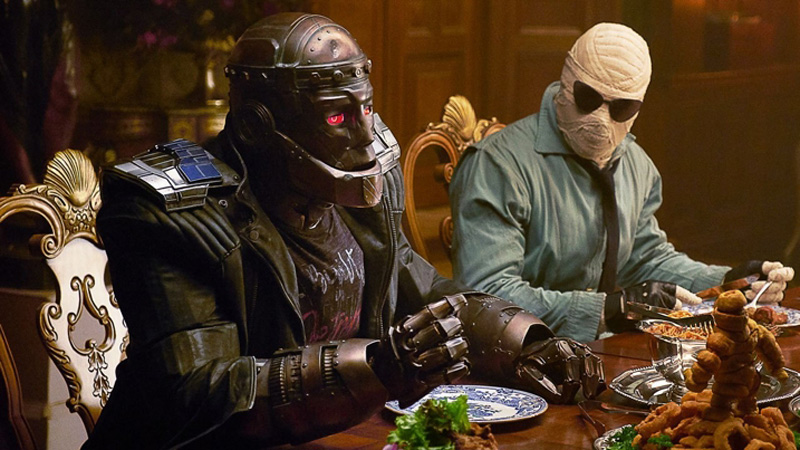 Speaking of shows that find the idea of being normal utterly revolting, enter Doom Patrol. I firmly believe this is the single best superhero TV series to come out in 2019, and certainly one of the weirdest shows to come out ever. Doom Patrol is based on the DC Comics team of the same name, featuring an X-Men-like group of superpowered beings that form a very unlikely team.

Shunned by society, Jane (Diane Guerrero), Rita Farr (April Bowlby), Larry Trainor (Matt Bomer) and Cliff Steele (Brendan Fraser) are taken under the Chief’s (Timothy Dalton) wing – a doctor who helped them all in one way or another and gave them a home. However, when the Chief is captured by the enigmatic and almost certainly insane Mr Nobody (Alan Tudyk), the Doom Patrol embark on a wildly bizarre journey to rescue him.

This show has, among others, Cyborg (Jovian Wade), an Animal-Vegetable-Mineral Man, a teleporting, living street called Danny, an apocalypse brought about by a giant eyeball in the sky, a revenge-driven rat called Admiral Whiskers, and a man who can alter reality by flexing his muscles. Grounding all of this weirdness are some truly compelling characters, all with heartbreaking backstories. Please watch this show. It’s better than Titans, I promise. 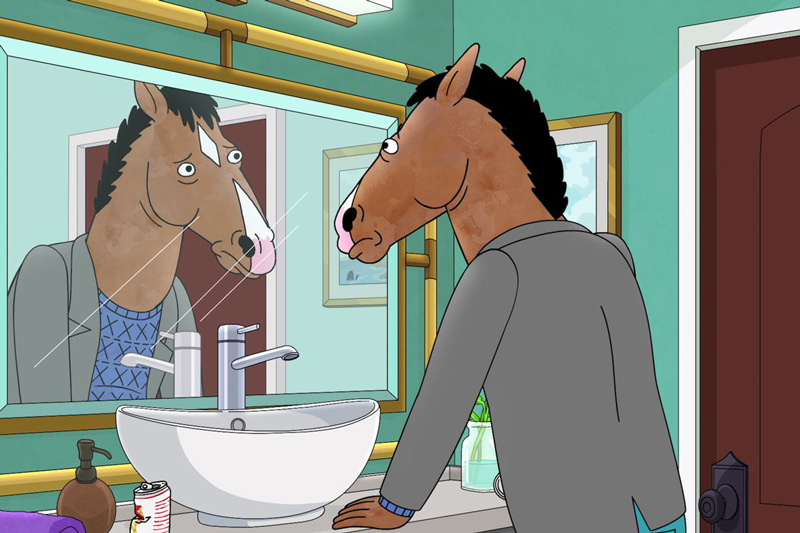 Hey, speaking of weird TV shows, here’s one about a depressed talking horse! This Netflix Original stars Will Arnett as Bojack Horseman – a washed up actor in his 50s whose career peaked with a sitcom way back in the ‘90s. The show centres on his many, many mistakes, as well as the tragic events that encompassed his childhood and some of his adulthood to boot.

It all sounds a little sad, but that’s the brilliance of the show. Bojack Horseman is one of the funniest comedies year-after-year, balancing sharp and clever writing (all those background visual puns are amazing) with timely, emotional storytelling. Many of its best episodes (Out to Sea, Time’s Arrow, Free Churro) separate it from a slew of adult animated comedies, simply by doing things no other show does and doing them so well.

The first half of Bojack Horseman’s final season released in October 2019, with the second half coming out on January 31, 2020. This season has had Bojack come to terms with all the terrible things he's done – most of them nigh unforgivable – and work through it all in rehab. The ending of Part 1 hinted that all the happiness Bojack finally achieved might be coming to a swift and brutal end. Does someone like Bojack even deserve happiness, after everything he’s done? 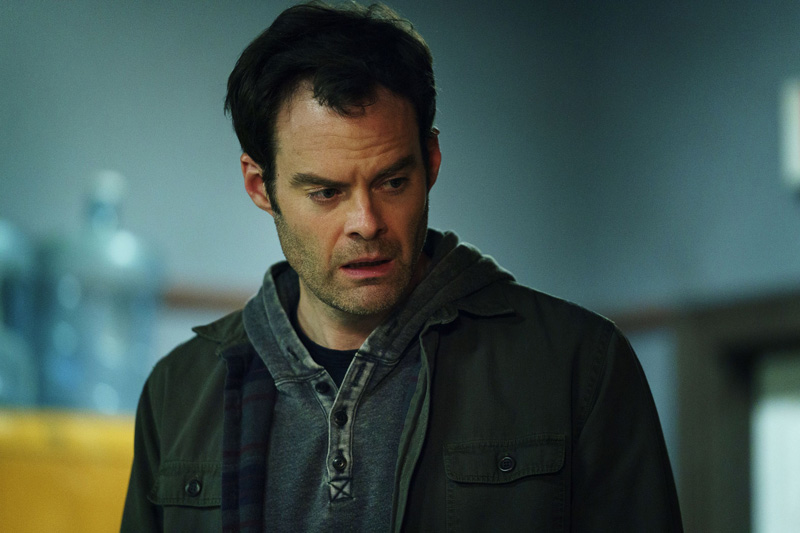 To those who never paid much attention to him before this HBO series, Bill Hader is an absolute revelation here. The creator-director-writer-actor stars as Barry Berkman, a former Marine who now works as a hitman. He finds himself simply going through the motions, making hits for his mentor Fuches, an old friend who keeps him on the straight and murderous path. After entering the L.A. theatre scene however, Barry finds friends in a group of actors who urge him to pursue a career in acting.

Hitman-turned-actor is such a strange premise to even enter this Top 10 list, but holy moly does this show deserve it. While Season 1 was a fantastic and unique debut for this dramedy, Season 2 dials everything up a notch almost effortlessly. Barry hits its stride big-time with some fantastic acting from Hader and unpredictable story beats that see these characters put in one tense situation after another. Episode 5, ronny/lily, is a strong contender for the single best episode of television in 2019. 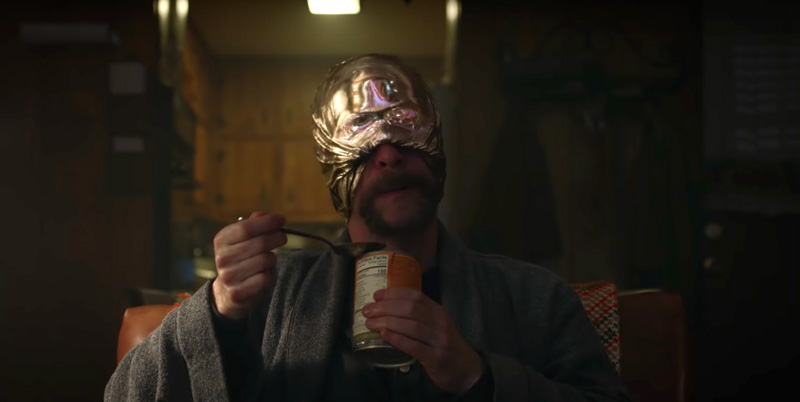 Wait no, this is the best superhero show of 2019. I reviewed Watchmen’s first six episodes prior to its airing and called it, at the time, a masterpiece. Still, I did not expect the rest of it to blow me away like it did, but I should’ve known better. This was such a strong, consistent and utterly mesmerising season of television through and through, with barely a flaw to be found within it.

The show takes place 34 years after the graphic novel of the same name, where vigilantes are now fully outlawed and most of the Watchmen are either dead, imprisoned or living on other planets. Detective Angela Abar of the Tulsa Police Department begins to grapple with a white supremacist group inspired by Rorschach’s journal, and proceeds to uncover, as one character puts it, “... a vast and insidious conspiracy at play.”

Pulling off a sequel to one of the most beloved graphic novels of all time must have been daunting, but showrunner Damon Lindelof pulls it off deftly here. The entire season comes together so cohesively by its end that it begs for rewatch upon rewatch – if only for you to claw out bits of foreshadowing and visual poetry that you didn't notice before. It’s such a well-put together season of television, and certainly one of the best in 2019. 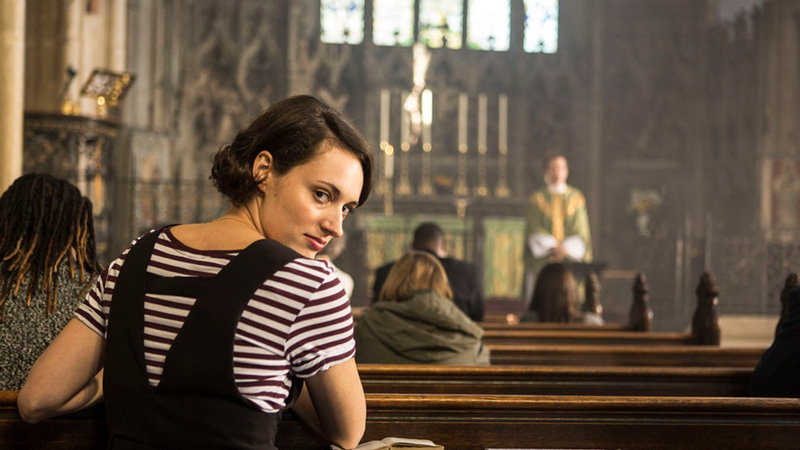 The sophomore season of Phoebe Waller-Bridge’s dramedy elevated the entire series to nothing short of brilliance, with the most compelling writing and acting I’ve seen in a TV series in 2019. Waller-Bridge stars as Fleabag – a woman somewhat lacking in self-love who finds a man affectionately referred to as Hot Priest (played by the impeccable Andrew Scott). Don’t roll your eyes just yet though, as what follows is perhaps some of the most bewitching television you will ever see.

Season 2 is all about love and loss, and often about how the two can intersect at the worst of times. It’s a candid look at an almost unlikable heroine, salvaged by how deeply authentic and relatable she can feel, especially when she turns to the camera and starts talking directly at you. I honestly can’t praise it enough. The ending in particular is incredibly powerful and a fantastic ending to Fleabag’s journey.

The whole series is made up of just 12 half-hour episodes. It’s a short binge, but one that will stay with you for a very long time. 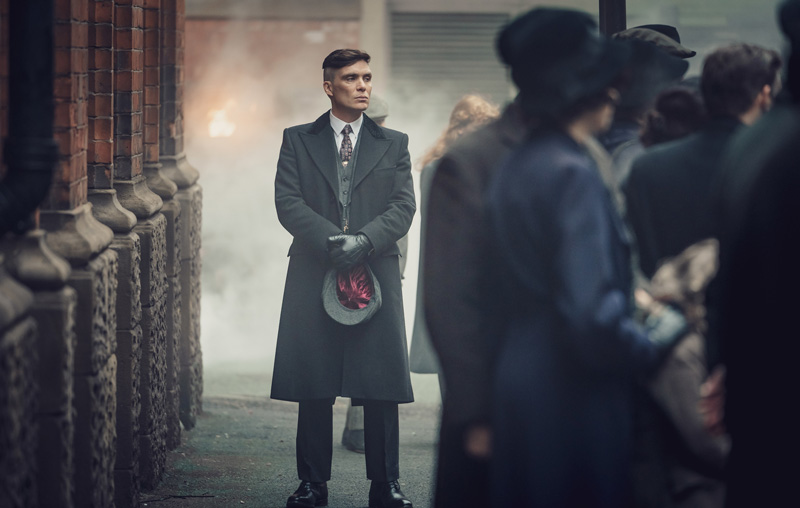 You might be frustrated at a couple glaring omissions by now, and that’s okay! The truth is that there have simply been too many incredible television shows in 2019 to cram into a Top 30 list, let alone 10. Shows like Chernobyl, Succession, The Expanse, The Marvelous Ms. Maisel, Russian Doll, Mindhunter, Peaky Blinders, Rick and Morty and many more were all great in 2019, with most of them coming back for more seasons in 2020.

It’s a fantastic time for television, with so many quality titles hitting our screens all at once. What have you watched and loved in 2019? Let us know!