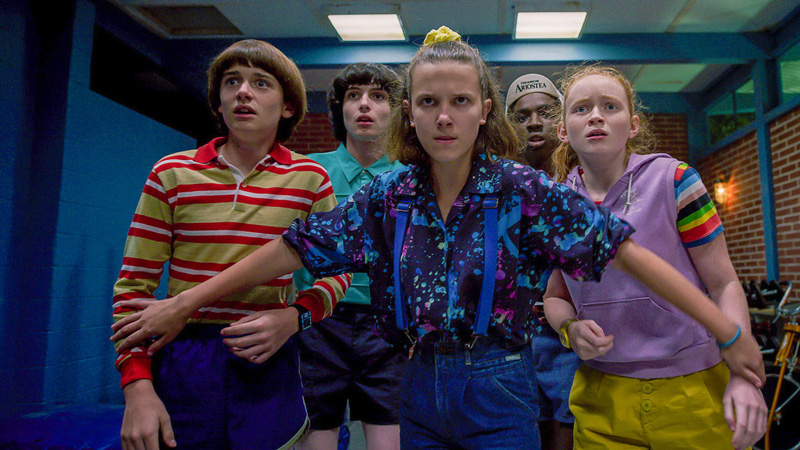 2019 was an insane year for television shows. Many returning TV shows came back for another season, somehow one-upping an already excellent run. Other new series made extremely strong debuts, leaving us hungry to see more. We’re still taking baby steps into 2020, and what better way to start the year than by looking back at all the great shows that came out in 2019? 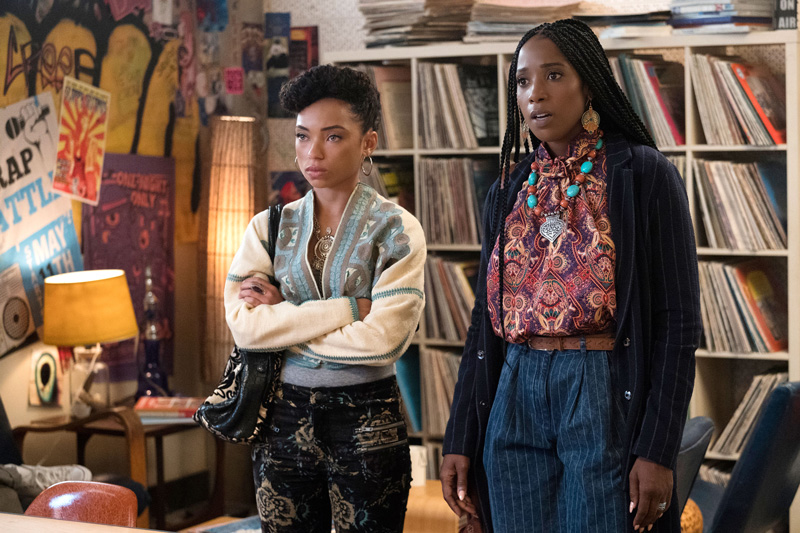 People tend to get turned off by this Netflix Original’s name, but it has been one of the most fresh and well-written shows around for three seasons running. The visuals alone are eye candy, with some gorgeous cinematography and colour grading, but it’s the way episodes are plotted that really suck you in.

Each episode mostly focuses on one specific character going through something that thinly ties into the season’s overarching narrative. This allows Dear White People to truly flesh out every one of its characters in a meaningful way, allowing us to get invested in them by spending more time with each of them. Still, they’re all bound together by a common cause, and watching them fight for it is captivating.

It’s an incredibly topical, stylised show that's deeply relevant today, and it achieves all of that without seeming nearly as preachy as you’d think. It’s a fun show to watch, and it’s got some heavy-hitting talent behind it at all times. There’s nothing else like it on Netflix.

Netflix put out a lot of winners in 2019. Sex Education was one of them, starring Asa Butterfield as Otis, a socially awkward teenager with a sex therapist for a mother (Gillian Anderson). He has a couple of issues with the subject in his own personal life, and yet somehow ends up providing sex therapy to his entire high school with the help of his cohorts, Maeve and Eric. Ironically, he’s probably the one in need of his services the most. 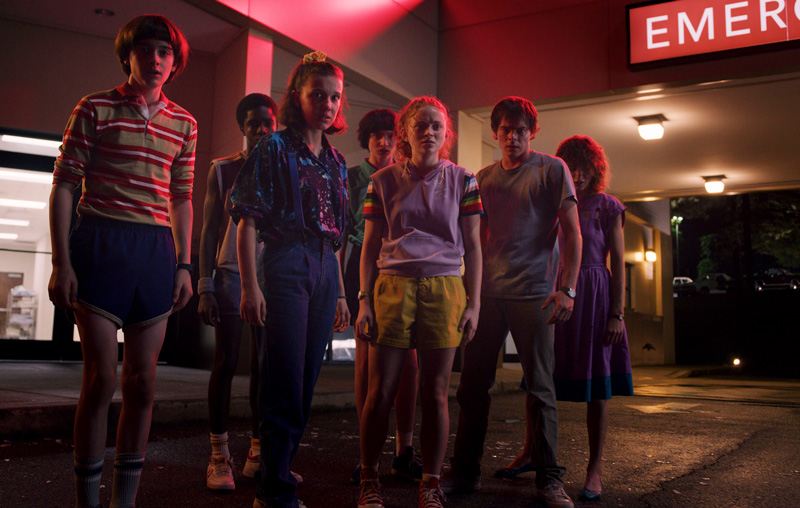 Another Netflix show? I’ve seen stranger things (I'm so sorry). This 80s-obsessed sci-fi series entered its third season with jaw-dropping style. The show’s budget has clearly been cranked up by a couple notches, and it shows. Costuming, set design and CGI work is fantastic, leading to an incredibly tense and immersive sci-fi show. Even when it’s not shooting for sci-fi, it’s still one of the warmest and funniest shows of the year.

It’s come to the point where we only get a season of Stranger Things once every two years, so it’s a little hard to manage expectations when a new one actually arrives. Stranger Things still managed to wow with its third season however, throwing characters onto different journeys throughout the season, only for everyone to come together at the end for an epic climax. It’s done so well too, and each individual storyline is extremely fun to watch as a result of how well-fleshed out its characters are at this point. This show oozes mainstream appeal like no other. 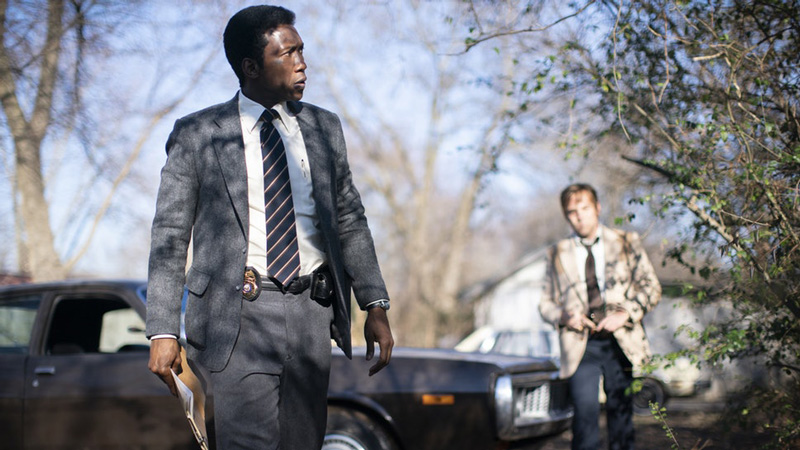 Season 1 of True Detective was one of the greats – it featured incredible performances by Matthew McConaughey and Woody Harrelson, alongside a murder mystery with its roots deep in the supernatural. The debut season set expectations sky-high for the rest of the series, and then Season 2 dropped them like a hot potato. It really seemed like Season 1 had been a fluke, as if the stars had somehow aligned for HBO to produce such an incredible season of television, but just the one.

Season 3 kicked that theory to the curb in 2019, quickly becoming one of the single best seasons of television that year. The story took place in the Ozarks, with detectives Wayne Hays (Mahershala Ali) and Roland West (Stephen Dorff) solving a case involving two missing children. Unsurprisingly, Mahershala Ali delivers a fantastic performance as Hays – a man who, throughout the season’s three separate time periods, begins to lose his mind and memory. Stephen Dorff is utterly fantastic as well, and with such strong leads and an absorbing non-linear narrative, how could this season not be a winner? 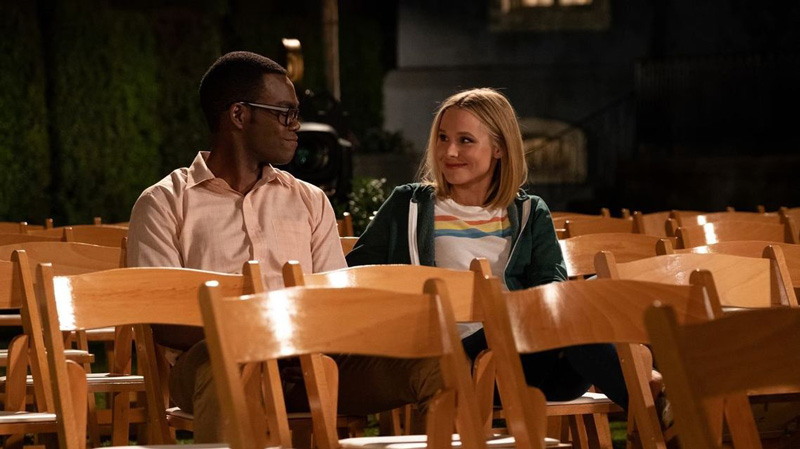 The Good Place is one of the smartest comedies to come out in the last few years. And since it’s coming from Michael Schur (Parks and Recreation, Brooklyn Nine-Nine), that shouldn’t be so much of a surprise. Originally, the series began with Eleanor (Kristen Bell) waking up in the afterlife, referred to as The Good Place. Almost immediately though, she realises that she was sent there by mistake, and must cover up her tracks before anyone else finds out.

It’s a fairly limiting concept for a comedy at first, but you’ll quickly realise while watching this show that it is utterly unsatisfied with doing the expected thing. The Good Place quickly spirals into conspiracies and ethical dilemmas while maintaining its snappy wit and charm at all times. It’s hilarious and quick with zingers, but you’ll find yourself staying for the engrossing story instead – and how these characters struggle with what the very concept of the afterlife even is.