EVGA boards are generally much harder to find in local stores, but we thought we’d cover them anyway, seeing as how some of them do look quite interesting.

The US company’s line-up so far is a lot leaner than some of its competitors, comprising just three boards: 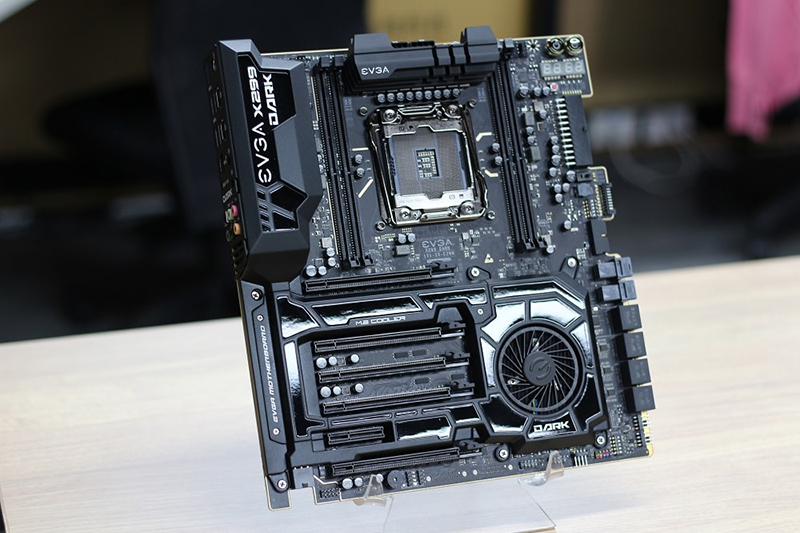 The X299 Dark is EVGA’s top motherboard, and it comes with a bunch of features designed to maximize your overclocking potential. For instance, it comes with just four DIMM slots, instead of the usual eight. This is similar to what ASUS did with its ROG Rampage VI Apex board, and the shorter and more optimized traced routing supposedly helps improve memory stability at higher overclocks.

In addition, it boasts a 14-phase digital VRM and a 12-layer PCB design, and draws power from two 8-pin EPS connectors. The board even comes with triple BIOS support, which is something you don’t see every day.

To cap things off, there is also an onboard voltage display to help with voltage monitoring when overclocking.

Another striking feature is the fan built into the PCH heatsink. It pulls air into a chamber that is linked to the M.2 SSDs, a rather interesting solution to the problem of keeping these tiny drives cool. Most of the solutions we’ve seen so far involve passive cooling, although ASUS does give you the option with its DIMM.2 modules that you can mount fans on.

Expansion options are aplenty, to the tune of four PCIe 3.0 x16 slots for four-way CrossFire or SLI, eight SATA 6Gbps, two M.2 Key M sockets (there is a third Key E socket for things like Wi-Fi cards), and two U.2 ports.

The X299 FTW K sits below the Dark motherboard, and also uses the E-ATX form factor. It shares a lot in common with EVGA’s flagship, such as the pair of 8-pin EPS headers, the same 14-phase digital VRM, and a similar selection of storage expansion options. 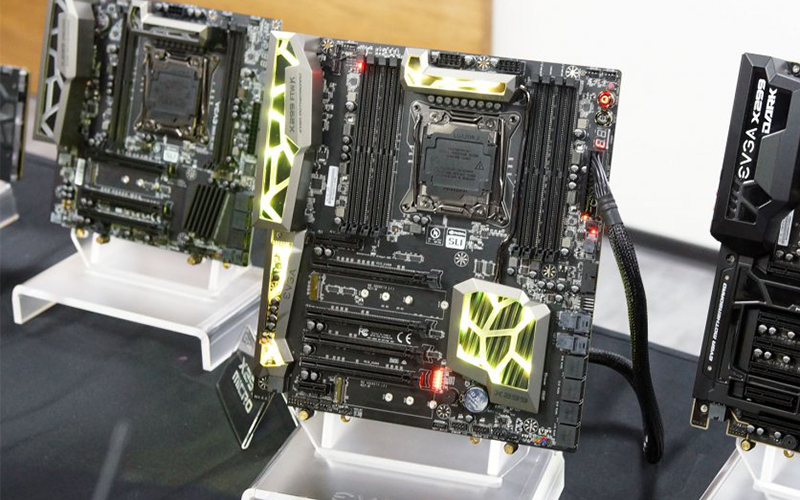 However, it lacks things like the active M.2 cooling fan and only supports up to three-way CrossFire or SLI. That said, it adds RGB lighting on the VRM and PCH heatsinks, I/O cover, and audio shielding, where the LEDs are laid out in quite a distinctive web-like pattern.

It also features the full eight DIMM slots, so there’s a shift away from a purely overclocking-oriented focus.

Finally, the micro-ATX X299 Micro offers a more stripped-down design, with just four DIMM slots and support for 2-way graphics configurations. However, it does come with onboard Wi-Fi, the only EVGA X299 board to do so. 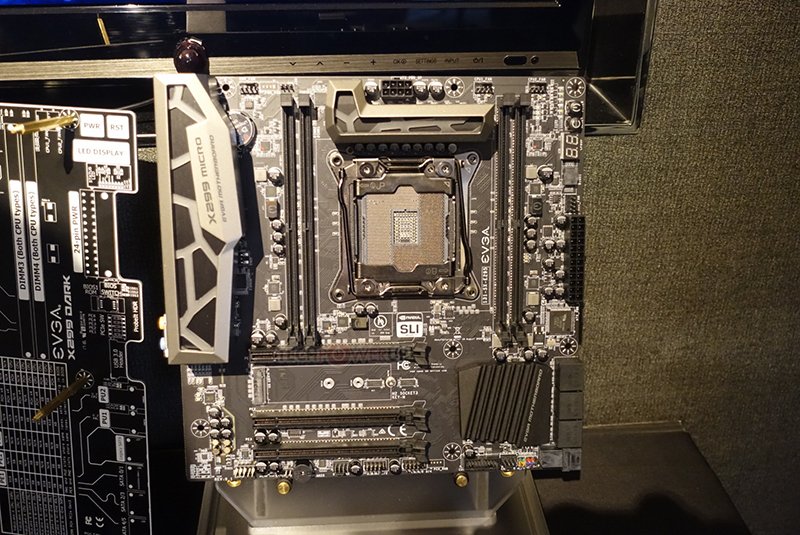