ASRock has come with a total of six X299 motherboards, some of which should appear quite familiar to those who follow the company’s products. These include boards targeted at gamers and overclockers, with a mini-ITX model thrown into the mix as well: 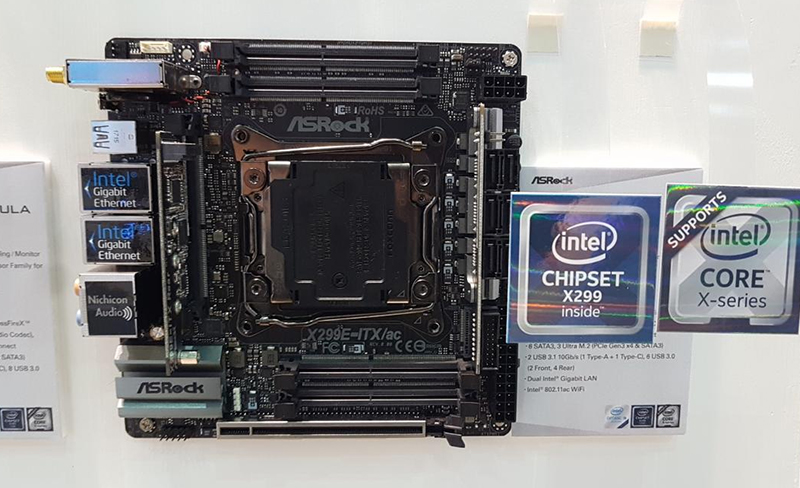 At the time of writing, ASRock is the only brand to announce a mini-ITX X299 motherboard, and it’s actually a fairly impressive offering. The less-than creative name aside, the X299E-ITX/AC has managed to fit in four SO-DIMM slots for full support for quad-channel DDR4 memory, while previous ASRock motherboards for Intel’s enthusiast chips required doing away with two memory channels.

Of course, you get just one PCIe 3.0 x16 slot, but there are three M.2 sockets on board and six SATA 6Gbps ports, which is no worse than you would get on a regular ATX-sized motherboard.

On the audio front, it offers a 7.1-channel audio system powered by a Realtek ALC1220 controller.

The other standout offering is the Fatal1ty X299 Professional Gaming i9, ASRock’s flagship X299 motherboard. All the stops have been pulled out here, and the board is targeted at those looking at the higher-end Skylake-X chips, extreme multi-GPU configurations, and multiple storage drives. 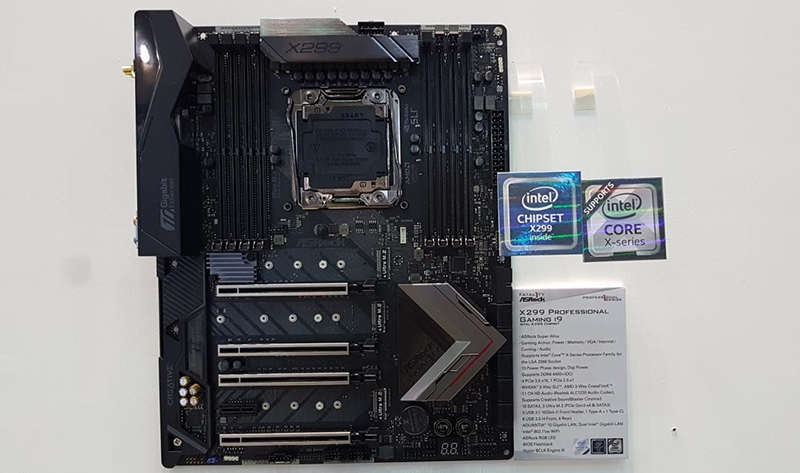 It comes with a 13-phase digital VRM that uses so-called high-endurance coils and solid state capacitors for higher overclocking headroom, and ASRock claims this PWM can take up to 720A and deliver 1,300 watts of power, far more than any CPU can draw.

There are a total of four PCIe 3.0 x16 slots, and it will support up to 3-way CrossFire or SLI. Storage options are similarly comprehensive, with three M.2 sockets and 10 SATA 6Gbps connectors. There’s no U.2 connector here, and we’re actually sort of relieved that ASRock hasn’t included a port that will likely never be used.

And like the Z270 SuperCarrier, the X299 Professional Gaming i9 also comes with support for 10G Ethernet, thanks to the Aquantia AQtion AQN-107 Ethernet controller. Other than that, there are two additional Intel Gigabit Ethernet ports and a 2x2 802.11ac Wi-Fi and Bluetooth 4.2 module.

USB 3.1 (Gen 2) connectivity is provided by the newer ASMedia ASM3142 controller that offers a PCIe 3.0 x2 connection instead of the single lane offered by the older ASM1142 controller. This means higher bandwidth, on top of the plethora of USB ports on the rear I/O.

To cap things off, there’s even an internal USB 3.1 (Gen 2) header that can deliver 36 watts of power to a USB-C port on your PC’s front I/O.

The Fatal1ty X299 Professional Gaming i9 will reportedly be available in the coming months for roughly US$350 (approx. RM1,493).

However, if you don’t require things like the 10Gbps Ethernet, 36 watt power delivery for a front USB-C port, and other small luxuries, the X299 Taichi actually offers a very similar feature set, and will retail for around US$300 (approx. RM1,280). 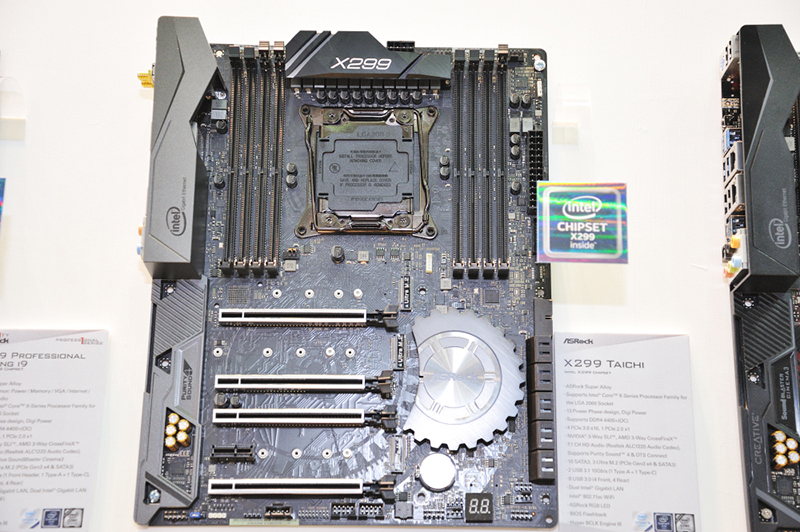