Retrograde, VALZ and Echoes of You 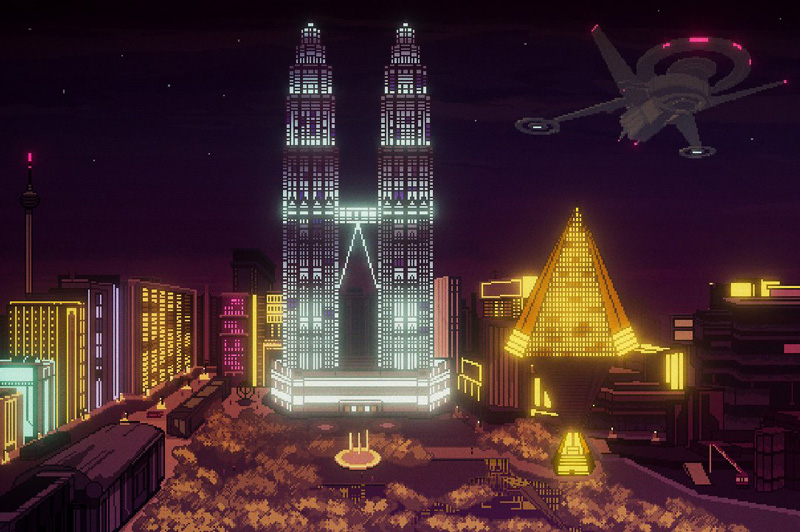 Level Up KL 2019 is a massive games festival that ran from 6-10 November last week. There were lots of talks, toy-selling booths and esports matches - but I made a beeline to the colourful variety of indie games featured at the event.

I spent a lot of time getting hands-on with these games, which were created by developers from all over Asia, and boy, there was a LOT of talent on display. It’s hard to even cram them all into one short list of highlights, but here are the ones I really enjoyed:

This game is developed by Freemergency Studio, a team based in Indonesia. It’s a twin stick shooter of sorts, with some slick retro-based visuals. Bullets don’t kill in this game though, they are simply used to push other players into various obstacles. The game takes this simple concept and runs with it, in a variety of multiplayer and solo modes.

This was probably one of the most popular games I observed at Level Up KL - it took me a while to break through the queue just WAITING to get their hands on it. I could see why almost immediately, though. It’s an insanely fast and fluid brawler that just gets more fun when you’re competing with other players. Don’t take my word for it though, download the demo here and check it out!

VALZ is another game by an Indonesian developer - Klappanome. This is a mobile rhythm-based game, much like Guitar Hero and Beat Saber. The twist here is that this game comes with several RPG elements - namely, party customisation. In VALZ, you’re using music to fight off violent monsters that have invaded your hometown. Different party members you pick up along the way can help you out, giving you different stats and abilities.

I don’t usually go in for rhythm games, but this one just felt fresh and addictive - not to mention, difficult. A match won’t end when the song ends like most rhythm games - you either defeat your enemy or it defeats you. It’s also worth noting that VALZ won a SEA Game Award in the Best Audio category - so take that how you will. You can get this game on the App Store.

Echoes of You is just my kind of game. I adore walking simulators (like What Remains of Edith Finch) and melancholic story-based games (like Life is Strange) and this game just mashes both of these genres together. This is a Malaysian game made by students from KDU University College as their final year project. You play as a father unwinding everything that went wrong between him and his daughter over the years, in their little house.

Examining various objects in the environment will get you Everybody’s Gone to the Rapture-like flashbacks on key events in their lives. Each flashback allows you to read a full page from the dad’s journal and gain context on what exactly happened to the family. You can actually play this game right now by downloading it from itch.io.