10 Netflix shows you should really watch this weekend

Money Heist, Wu Assassins, Slasher, The Rain & I am Mother

Note: This article was first published on 9th August 2019. 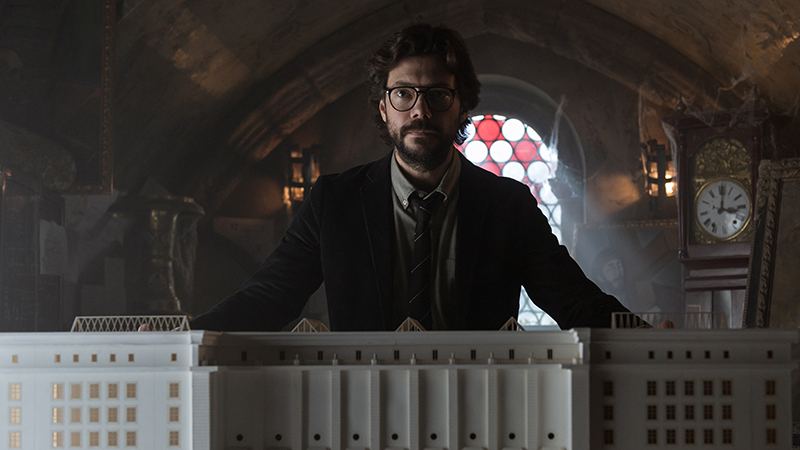 How many shows is too many?

The glorious weekend is finally upon us. If you're not yet sure how you're going to spend it, I have some great ideas.

In no particular order, here are some of newest series and movies that should be added to your Netflix watch list.

Okay, I know I literally just said that the shows are not listed in any particular order, but I do think Money Heist may just be the best series on this list. Also known as La casa de papel, the Spanish series just set a new record for a foreign language series on Netflix, with a global household turnout of 34.3 million in the first week alone.

It's a heist film at its core, but this is no Ocean's Eleven. Money Heist is smart, riveting, and super gripping. It's also dead serious, upping the stakes at every turn and making you seriously question if our heroes – yes, I really mean the thieves – will make it out alive. The show does a remarkable job of making the would-be villains sympathetic. After all, they comprise an awkward, maladjusted mastermind and a bunch of clearly dangerous criminals who are alternately violent, mercurial, and slightly crazy (among other undesirable traits). But this is a Robin Hood story, and the outlaw is the one you'll want to see come out on top.

With a masterfully written script, tight pacing, and unexpected twists, Part 3 of the series is also its most thrilling yet. They're breaking into the Bank of Spain, and if you enjoy hearing about elaborate plans and their careful execution, you'll enjoy Money Heist to no end.

Wu Assassins gives me vague Iron Fist vibes, for better or worse, but hey at least it isn't some pasty white boy getting involved with monks. It looks like your typical show about destiny being foisted upon a hapless, clueless young man, this time a chef in San Francisco. As it turns out, he's the latest in a long line of assassins – a thousand monks died to give him his power! – chosen to keep certain mystical powers out of the wrong hands. Expect plenty of supernatural assassins and cheesy myth. At one point, Byron Mann also expounds at length on the history of Chinese immigrants in the US. Stay tuned for the history lesson.

Gather round, fans of guts, gore, and spattered blood. The third season of Slasher, titled Solstice, is a real treat. This is a horror anthology series where each season stands alone, but I'm pretty sure Solstice is the best of the lot. It centers around an apartment building where Kit Jennings, a bisexual sex and drug addict, is brutally stabbed to death by someone wearing a Druid costume. One year after the murder, the other residents start dropping like flies as well, put down by a serial killer wearing the same Druid garb. It's a gleeful tale of whodunnit, with a rather unexpected twist at the end.

It flashes between past and present, revealing connections between characters and the secrets that bind the tenants in a vicious web of culpability. Solstice is gruesome in a way few other shows are, and at times I was wide-eyed in disbelief at just how brutal, sadistic, and might I even say creative, the kills were. Don't watch this with the kids around folks.

Set in a post-apocalyptic Denmark, The Rain follows a ragtag group of survivors trying to stay alive in a landscape ravaged by a bio-engineered virus. The virus arrived in the rain, turning anyone who came into contact with it into a convulsing mess on the floor in a matter of seconds. This is a story about sinister organizations, mad scientists, and hidden bunkers, with a sprinkling of the fantastic thrown in. The Rain is grim and tense, spending plenty of time in the claustrophobic interiors of sanitized bunkers and successfully creating an air of mystery and intrigue that keeps you wanting to learn more.

Season 2 just dropped on Netflix in May, and it pushes the series in an even more outlandish direction. The Rain started off somewhere within the realm of possibility, but it's pretty much veered into the territory of science fiction now.

Wait, robots are evil? No way! I am Mother is a refreshing and deftly-written movie, full of suspense and thought-provoking questions. Set in the distant future where an unspecified extinction event has wiped out nearly the entire human race, a robot inside a fortified bunker takes a human embryo out of storage, starts the gestation process, and cares for the child over several years.

I am Mother is an intelligent and incisive take on humanity as a species and the consequences we've wrought on the planet. The robot, which we only know as Mother, schools the child and celebrates her birthday with her. The girl is supposedly the start of Mother's efforts to repopulate the Earth. But is Mother really a force of good? Or is she actually Skynet in disguise?