Why did no one else think of the other side of the 'damsel in distress' coin? 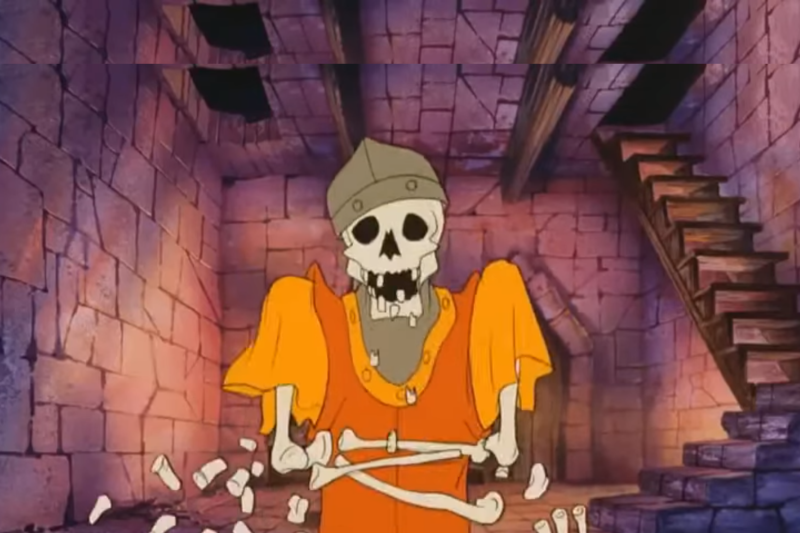 Remember on Labor Day I introduced y’all to Troy Leavitt and his work on tearing down feminazis in between developing games? He’s just released another one earlier this week and touches on something that, in hindsight, should’ve been asked in the very first place – if the ‘damsel in distress’ trope is such a problem in gaming, what about the (usually male) protagonists that have to slave their way to save the damsel, dying countless of times in the progress?

Again, I have to say that I feel stupid for not thinking about this myself when it’s always been there in plain sight. But it is as strong a point to ponder as the supposed overuse of the ‘damsel in distress’ trope. In other words, it’s very odd that people question ‘why women are always portrayed as weak and in need of saving or assistance’ and never question ‘why must men always be portrayed as strong and willing to die or be disposable’. No one noticed that whenever there’s a damsel in distress, there’s always the dispensable dude who is willing to perish infinite times just to save her, or as Mr. Leavitt calls it, the ‘dude is dispensable’.

I’d go on to talk about this relating to the Mary Sue trope, but then again, most of the time in video games, the protagonist is the Mary Sue anyway, especially in open worlds, so that doesn’t apply to video games.

Also, at the same time, it also sort of explains why you very rarely see a male character in need of rescuing by a female, simply because of the societal norms. Refer to the World War example in the video above where males are shamed by women if they don’t voluntarily sign up to be in the military. It’s why developers rarely do it before first strongly establishing a strong female character – no one would want to make gamers play a role that was portrayed as shameful in fear of alienating the majority of people in their target market.

You’d think that games with PvP like Dota 2, Street Fighter and Overwatch where females are as strong as males and can defeat their foes just as well would be safe from feminazi criticism, but then you get the criticism that those characters are too beautiful, too Mary Sue-like. All this while there are characters that are not as overtly sexualized and yet their existence is ignored in the pursuit of just being persistent in a moot criticism. An example that immediately comes to mind is Tekken 7 pre-order bonus character Eliza, who is a succubus like Morrigan Aensland from Darkstalkers, but is nowhere near as sexualized as the latter.

Then there’s that issue once upon a time with Overwatch’s Tracer – specifically one of her poses, which was changed because it was deemed to serve no purpose besides sexualizing the character. All this while the character called Widowmaker poses in more suggestive stances all the time and nothing gets changed. But I digress.

To end the point I’m trying to make, I’d like to mention another video. In the TED talk by Nigerian novelist Chimamanda Ngozi Adichie titled ‘The danger of a single story’, she talks about the dangers of stereotypes, and of listening to only one version – one angle – of one story instead of its entirety, of all the different stories that describe a place, person, idea, etc. And when we only listen to one version or one side of the story, we’re prone to associating incomplete and sometimes untrue ideas to an issue. Now with the issue at hand being gaming and feminism, acknowledging only the ‘damsel in distress’ side, while completely ignoring the ‘dude is dispensable’ side – both being two sides of the same coin as Troy Leavitt said – is ignorance, willful, or otherwise. And an argument made in ignorance carries no weight.

But then again, feminazis have a strong following that they shouldn’t, so perhaps my point is also moot.