Thanks to you death-threatening lot, No Man's Sky is in the way it is

Let’s start with a rage-fueled comment: Thanks, idiotic twits who sent Hello Games’ Sean Murray death threats. You dweebs have yourselves to blame for the sorry state of the game.

Now that I’ve gotten that out of the way, maybe I can once again be capable of rational thought as I share with you my thoughts on the whole No Man’s Sky affair. 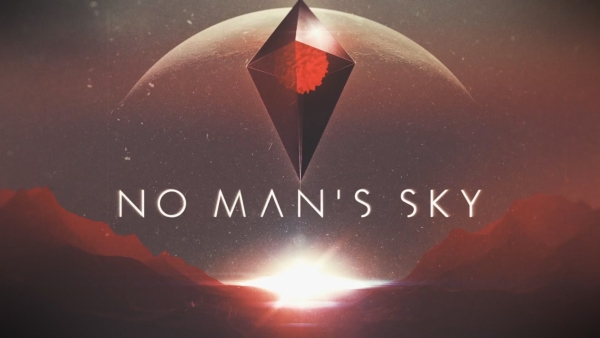 And we start with a quick recap of how we’ve already been getting unfinished, unpolished and buggy games. In essence, publishers are ordering developers to have 100 hours a day and not eat, sleep or have personal lives between the decision to make a game and its release date. That’s the process that leads us to have gamebreaking bugs in our games (remember Assassin’s Creed Unity?).

See, when publishers pull stunts like this, we as consumers have the right to give them hell. We can call them out on their wild promises to deliver the world and then some, but in the end only delivering diddly squat. And even in this situation, we don’t really attack the developers directly. It’s pretty rare that the developers screw up so massively that we’d need to give them a hard time directly. But with No Man’s Sky, it’s us – the consumers – who’s being the jerk, demanding that the developers don’t eat or sleep and have more hours in a day than you and me, in the name of delivering a game on time.

To make things worse, we rushed Hello Games in the classiest, most GamerGate-like manner possible: death threats. And it’s not just Sean Murray that’s getting death threats – even the people reporting that it’s getting delayed got death threats. The first thing that got to my mind was “But why?” It’s not like shooting the messenger is going to change anything.  And sure, shooting the developer certainly did change things, but for the worse.

I have received loads of death threats this week, but don't worry, Hello Games now looks like the house from Home Alone #pillowfort

Granted, Hello Games isn’t exactly free from the guilt of digging their own grave. No Man’s Sky was so overhyped and oversold, and for Hello Games to deliver all that, they’d need a way longer release window than what they announced – maybe a few years, even. That or release on time-ish like they did and get investigated by the U.K.-based ASA for misleading advertising. So the delays were inevitable – even big time publishers like Square Enix and Polyphony Digital decided that, despite Final Fantasy XV and Gran Turismo Sport being in pretty good shape, it would be a good idea to delay their titles so as to not be another Assassin’s Creed Unity. But we’re talking about an indie developer here, so shouldn’t we be more understanding about their needing delays? Especially when they’ve been so overenthusiastic about what they are going to deliver in a game as massive as No Man’s Sky was supposed to be.

What Hello Games has done is put itself between a rock and a hard place. Or as I’d put it, between Gehrman, the First Hunter from Bloodborne and Rajang of the Monster Hunter series. Sean Murray would be in trouble if he chose to delay and deliver what he promised, and equally in trouble if he released his game on schedule, but having none of the things he promised it’ll have. The problem with this is, he wouldn’t be in this position if the fools among us didn’t decide that if he didn’t deliver the game on time then he needs to die. Shouldn’t we be more jaded by this point? And if you’re so invested in a game that’s not even released yet that you feel you’d die if it got delayed any longer, then you need to rethink some things in your life.

Before you get the wrong idea, let me just set the record straight: I hate games being delayed as much as the next person. It shows that publishers or indie devs overestimate themselves, and there are few things I hate more than people or organizations that are smug braggarts with no self-awareness. But what I do hate more are games being released in an unfinished state. I might as well be getting half the disk when I open the game box. I’ve also said this before, and I’ll say again that we shouldn’t buy into the excuse that pre-orders are a way to gauge public interest, and it’s on the publishers to trust and invest in their developers to make a brilliant game. The money will naturally come flowing if the delivered end product is brilliant – and if anything can prove this, it's the number of people who got burned in Steam's Greenlight.

All that said, where does this leave indie devs who dream big, and need some capital to kick the gears into motion? There’s no guarantee that Sean Murray won’t pull a Keiji Inafune on us – ask for tons of cash and time and still come up with a mediocrity of a game. So in a sense, we are again stuck between Ninja Gaiden’s Alma and Metal Gear Rising: Revengeance’s Senator Armstrong – indie devs can’t make the game if we don’t pay them first, and even if we pay them, there’s no guarantee you’ll get your money’s worth in return.

I have honestly no solution to this catch-22. The only solution that I do have is, when an indie dev isn’t asking for money – only time, don’t threaten to kill them. It’s sad that death threats are the default reaction of choice, and I’m not sure that I want to become indifferent to them, lest I also become indifferent to kidnappings and actual homicide.

On that obvious bombshell, adieu to y’all.