Social media: are you over-socializing?

This isn’t really news, but people can’t actually have the spectacular number of friends on social media. Most of them are really just acquaintances, or merely people you recognize. A study has recently suggested that, just like in real life, you can’t really nurture more than 150 friendships on Facebook or any other social media. Some people can do more, but anything over 200 is quite suspect. Sticking with the numbers, an average person has five intimate friends, 15 best friends, 50 good friends, 150 friends, 500 acquaintances and 1,500 people who they recognize on sight.

That 150 friends limit is known as “Dunbar’s Number” after British evolutionary psychologist Robin Dunbar, who coined the concept as well as authored the study in question. Dunbar also pointed out that Facebook, possibly the biggest among social media out there, doesn’t distinguish between types of friendship, but to be fair, Facebook does, just not explicitly.

There are lists where you can put friends in, and three relevant ones are there by default: Acquaintances, Close Friends and Family. Then you have others added in based on where you live, study and work. You can add others in as well. But I wonder, how many people actually take the time to do segregate the people in their friends list into these lists or categories?

There are two things that are limiting the number of friends we can have. The first one, which I’m still quite skeptical about, is our brain’s apparently limited capacity to process too many relationships at a time; and the second, more believable factor being simply the lack of time. After all, friendships are a reciprocal thing – you can’t just say “we’re friends” and leave it at that. You need to actually talk to each other, do things together and whatnot, which takes time.

Facebook allows you to do it one way, with your posts and shares broadcasted to those on your friends list, but unless they comment on it and you comment back, it’s just that – a broadcast. You’ll need get some feedback, or actually exchange dialogues with each other, either via the comments or the actual chat (or messenger app on mobile), for a relationship to be nurtured. Of course, you’ll get close to those you communicate with more, and their “rank,” as it were, in your real-life list of friends rises, and they may get promoted from being mere friends to good friends, and so on up the hierarchy. Common sense, right?

And while Facebook allows you to put your friends in those default list of Acquaintances, Close Friends and Family, I don’t know if you’ll see stuff posted or shared by people in these lists more often than those who are not. Even if Facebook doesn’t do that, chances are you’d check on how their day has been more than others. And you have only so much time before it’s time for bed, or time to go to work. as a result of that in turn, you know more about the people you already know well, and less about people you don't know. The divide just widens indefinitely.

So, with all that, should you start cleaning house? Should you get into your spring cleaning gear and remove people from your friends list which you couldn’t care less about what went on with their lives?

Mostly yes, but there might be some no’s along the way, depending on your disposition.

A slightly related but older study suggests that if you have a lot of friends on Facebook, then chances are you aren’t very invested in each individual one, and the cost of maintaining them is quite low. Because of it, if you actually took the effort to remove someone, then it can hurt more than you’d think. On the flip side, getting rid of a few people you recognize but don’t really know – or even bother to know – wouldn’t really hurt them, because chances are they feel the same way, and just haven’t gotten around to doing it yet. 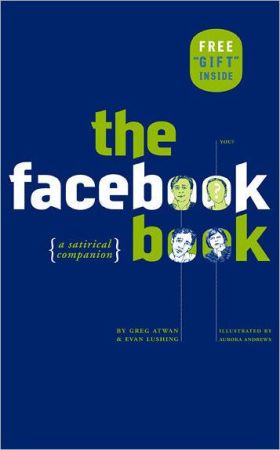 "There's a difference between the passive aggressive unfriending of someone you know well and you think will notice, and the judicious pruning of the hedge," according to Greg Atwan, co-author of the satirical book ‘The Facebook Book’.

Also, keeping your Facebook friends list limited to proper friends may also give you a better sense of privacy. You can really speak your mind without worrying of you’d be giving away info to people you’d rather remain in the dark, or go through the effort of filtering who sees specific posts. The option is there, but it’s not for everyone. But it’s all still on social media, so when Facebook spills the warehouse of beans, what you thought was hidden will still come to light, especially if there are people looking for very specific dirt on you. Getting hacked aside, having only real friends on Facebook may be very liberating, as you spend more time doing what you'd rather be doing than worrying about if someone sees something they shouldn't. It's probably not very far fetched to say that you may actually be happier as a result.

"Unless you're a bona fide celebrity or in the CIA, it doesn't seem necessary to use the privacy settings. The entire premise of Facebook is that if two people have a lot in common and don't know each other, they should be able to come together through Facebook. That to me is a sounder basis for friendship than junior high," Atwan says.

So yes, humans may be social creatures, but there is only so much socializing that we can genuinely handle. If you feel like it, go ahead and give your social media hedges a good trimming. If people confront you about it, then just be honest about it. If you got trimmed as part of someone else’s spring cleaning exercise, then it can’t be helped. Unless, like Atwan says, you have a genuine reason to allow your hedges to grow into a forest. On this, Robin Dunbar says people who use Facebook as part of their job are exempt from this advice, since social media is like a “free fan club’. Which is quite true. I'll put it this way: LinkedIn is for people looking for jobs while Facebook is to help people do and keep their jobs.

Which is why, despite whatever numbers you see on my personal Facebook page, I make the absurd claim, like Jeremy Clarkson did on QI season 7 episode 15, that I “have a mobile phone and no friends.” To believe it or not, I leave it up to you.