See Into the Future

Having relied on the Internet for the past few decades, I've witnessed the dramatic change in speed over each generation. Back in the early days of dial-up modem, one would need to patiently (or frustratingly) wait for the modem to connect and even then, the speeds were horrendous. When broadband came along, websites loaded faster and while we were able to browse the web more efficiently, video streaming was still a tad on the slow side. Fast forward to the present, fiber-to-the-home broadband has never been faster. Websites are now loading even faster than before, while video streaming is no longer a waiting game. For the uninitiated, fiber optics are a flexible, transparent fiber that is made from either silica or plastic. They are used to transmit light between two ends of the fiber. When used within a network, fiber optics will allow high bandwidth transmissions over longer distances. Unlike traditional metal wires, signals that are transmitted using optical cables suffer less loss and are immune to electromagnetic interference. 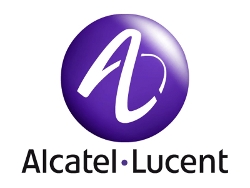 Despite many areas in the nation still not equipped with high-speed broadband access, one must ask: “What is the future?” Alcatel-Lucent recently made an announcement on its new Photonic Service Engine (PSE), a new chip for fiber optic networks. This dramatically increases the performance of current networks to support up to 400Gb/s data transmission speeds within an optical network. The 400G PSE allows significant advancement in network speed, efficiency and performance and lays the foundation for ultra-high performance public and private networks in the near future.

In my opinion, fiber optics allow users to browse the web seamlessly and with further improvement to fiber optics in the future, we can foresee that it will not only increase the accessibility of the Internet, but also allows for more creative and complex websites. However as always, the adoption and installation of such technologies will take time and money, meaning that we won't be seeing the implementation of PSEs anytime soon.

Overall, I find that as more people begin to rely on fiber-to-the-home broadband, the Internet will become even more accessible to the masses. With the future implementation of PSE in the near future, Internet users will rejoice once again with even faster speeds.