PSX 2017 SEA: What I thought of Monster Hunter: World

Having attended the PlayStation Experience 2017 South East Asia (PSX 2017 SEA) event, I got to see some full length gameplay of the Monster Hunter: World demo. Nothing much has changed from the general flow of things compared to what most of you have already seen, since the flow of the hunt is scripted anyway. And if you're a Monster Hunter fan, you'd have already seen countless YouTubers with their reactions of the gameplay demo. Having witnessed it live at PSX 2017 SEA myself, I thought it's time for me to voice my own opinion of the game. 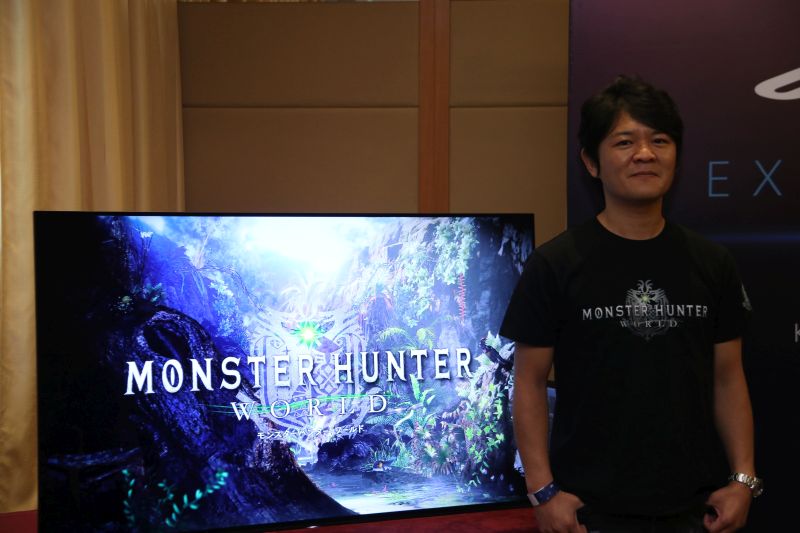 To start, I’ll talk about the living ecosystem which, in my opinion, should’ve been there from the start of the series. Have you ever thought how it was extremely strange that in previous games, monsters that had a predator-prey relationship would never actually be seen living out that relationship? Have you ever felt sick of seeing the apex predator Tigrex and the scrub monster Lagombi never actually fighting it out, but instead work together against you whenever you’re in the same sector of the map? Maybe you love the challenge that this illogical scenario brings, but I’ve personally always hated the lack of sense in the situation whenever I see it. It was made worse when, after having had considerable experience with the series, I actively sought out quests with multiple monsters to see if they interacted with each other, only to be disappointed.

So when I found out that Monster Hunter: World was going to bring sense to the world of Monster Hunter by actually bringing the ecosystem to life, I was absolutely delighted. Not only does it make for good entertainment when you’ve reached the endgame, and were starting to feel bored of hunting Elder Dragons, it has the potential to answer the question all hunters secretly had at some point: where does their favorite monster sit in the food chain hierarchy, and if they could survive an encounter with other apex predators of this species-rich world? I have to say also that, no one else seems remotely as excited about this as I am. Sure, they like the ecosystem and the monsters interacting with each other, but no one seems to feel ecstatic about it, which puzzles me to say the least. 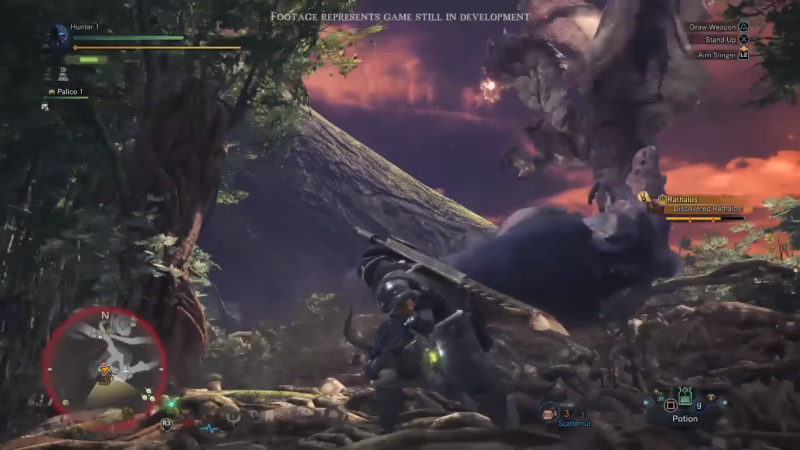 Granted, from the looks of things, we’re still going to get multiple regions that aren’t connected (a snowy map is not going to suddenly transition into a volcanic pit, letting you traverse two different ecosystems in a single hunt). Each individual map doesn’t look particularly big either, even if it is immensely larger than that of previous games, so it doesn’t look like there are going to be that many apex predators sharing a single region.

The next thing that got me more excited about Monster Hunter: World than is already possible are the many moves added to the hunter’s repertoire. It is said that Styles and Hunter Arts from Monster Hunter Generations and the yet-to-be-localized Monster Hunter XX will not be returning, but it doesn’t feel that way, at least not entirely. Aerial combat have been massively improved for all weapons, making the Aerial Style feel trivial in comparison. And similarly, a fair number of weapons offer new moves that have a considerable startup animation, take forever to execute and does seemingly massive damage, just like Hunter Arts. 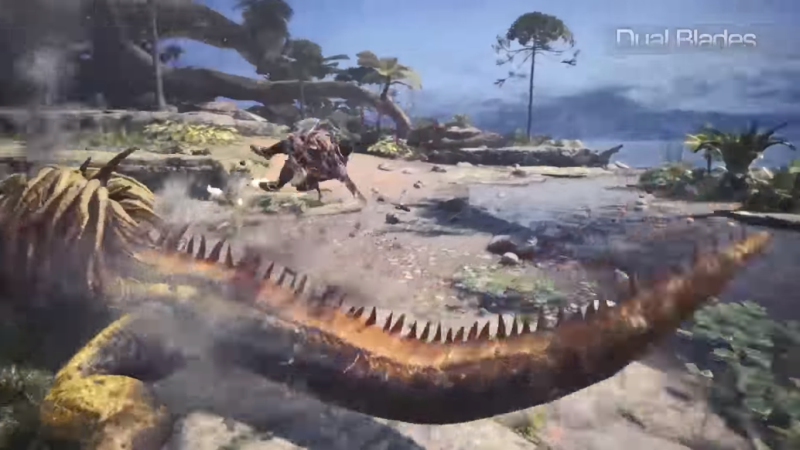 It’s not yet clear if Striker, Alchemy, and Adept style will have their DNA passed on to Monster Hunter: World, but we’ve at least seen the Longsword performing a move that looks reminiscent of the Brave Cancel evasion. At any rate, we’ll need more gameplay showcases –  or better yet, a live demo –  to find out if other weapons have inherited elements of the aforementioned Styles. One thing I’ll know for sure is that, having been spoiled by the evasive abilities of the Adept Style, I’ll have some trouble getting back to planning my repositioning as I hunt, instead of just reacting to monsters’ attacks. 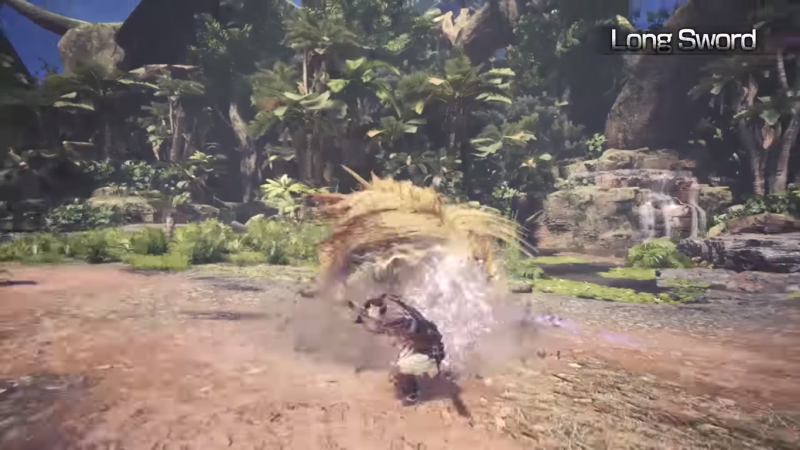 All the smaller improvements to the way gear is handled, are pretty exciting too. The best among them is the fact that you don’t need separate armor sets for Blademaster and Gunner (melee and ranged) weapons. This was a major restriction before that stopped players of one play style from trying out the other, as it meant collecting twice the number of the materials, to craft two sets of what is essentially the same armor.

Being able to switch gear mid-hunt is also a major bonus. This allows hunters to go in with specific gear sets for maximum efficiency against multiple different targets for potentially faster hunt times, as opposed to embarking on a hunt with an all-rounder set. This will also help hunters who join in the middle of multi-monster hunts, allowing them to gear up properly according to the remaining targets. 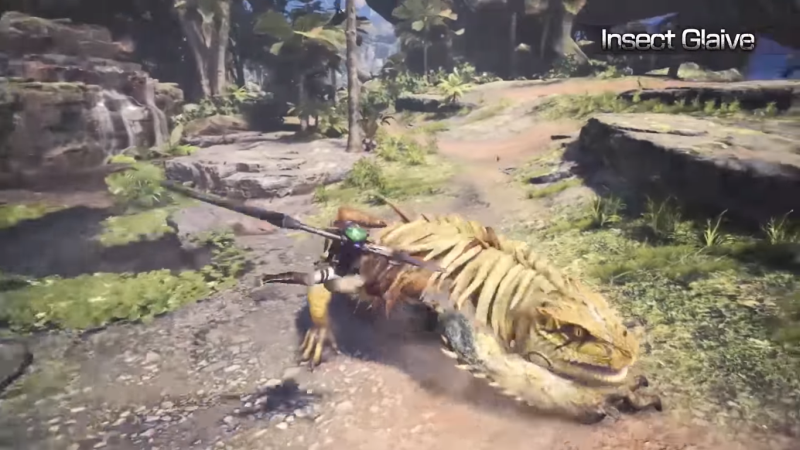 So yes, from what limited content we’ve seen of Monster Hunter: World, it all looks very exciting. That said, a lot of questions remain unanswered, such as will there be G-rank; or will that be relegated to the near-inevitable Monster Hunter: World G; the monster roster size; and will DLC remain free like it has always been. The release of the title is slated for early 2018, so there’s quite a bit of time for Capcom to show off more content. Since both Gamescom and TGS are around the corner, there may be more things to be revealed next month.

So here’s hoping, but let’s just stay on the safe side and not hype it up any further. After all, it’s not like the gaming industry is a stranger to overhype, and the games end up underdelivering.