Computers play a critical role in our lives today, enabling us to consume different kinds of media, browse the web, play the latest games and act as a platform for us to go about our daily routines. Among the first things that I was tasked to review when I first started writing for the tech industry was a motherboard. During that time, I had never opened, more so touched any of the components within a computer before. Everything looked the same and felt alien to me at the same time. This is still probably true for most people today, especially for those who do not open their computers regularly. So I thought I’ll try to give an idea of the main component that literally holds the computer together. First, what is the purpose of a motherboard? Well, it provides a platform for all the other components that will help your computer to function. Think of it like an empty canvas where you can use whichever paint you fancy for your artwork. This allows you to introduce components like RAM, which gives your computer memory to make the overall system works more efficiently, or a graphics card to bear the load of 3D graphics. 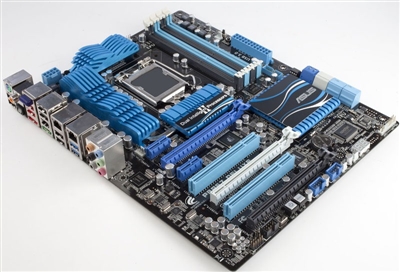 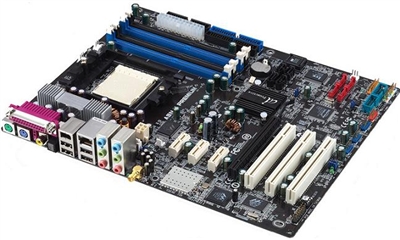 Should you assemble your own PC, the most common motherboards that you will likely encounter is the standard ATX boards. These motherboards usually provide ample amount of space for you to customize your system. Besides that, there are also different kinds of motherboards available such as micro-ATX boards, which are significantly smaller than the standard ATX models. These are relatively cheaper than normal ATX, but are also smaller and provide fewer expansion slots. In contrast, XL-ATX boards are larger and provide even more expansion options for customization, but are also significantly more expensive.

Though the size of motherboards does have a significant impact on what users are able to fit into their system, there are more factors that make each motherboard different from one another. Placement of components also plays a significant role, because some parts may block the way of other components and vice versa. It is also important to note that motherboards are constantly updated with newer components as they replace older ones. For example, previously when USB was first implemented, most motherboards at the time only offers a paltry amount of said ports, eventually when it became more popular more, the system became more widespread.

There are still many other motherboards in the market but I’ve only introduced the more popular boards and their possible uses. It’s always best to keep in mind that PCs and their components are always changing to become more efficient, while older components are constantly being replaced with newer ones.

It is best to be aware of what new changes there are with computers as technology is ever changing. Having said that, it depends entirely on the individual, as even an mini-ATX board will suit your needs if you are going to use it for basic productivity tasks or even playing games, provided you have a suitable graphics card.