Fake news, clickbait and how to deal with them

When you go through your daily dose of social media, trying to unwind at the end of a very long day, have you ever wondered where all these clickbait, fake news and their ilk came from? Have you wondered why they continue to exist and until when will they continue to stick around? Probably not if you’re unwinding on social media using cat videos and inspirational quotes that are dubious at best and outright delusional at worst. But if you’re the kind of person that unwinds using some actual self improvement material like TED talks and documentaries (y’know, the people who get “you must be fun at parties” lines for being knowledgeable, intelligent and interesting, thus actually fun), then here’s a quick read for you before we begin.

Now, before we continue, let me just say that the problem that is faced by clickbait creators are not exclusive to the likes of dodgy viral churners and fake news sites. Even if you’re an established news outlet with a good reputation, you’re still bound by the ‘rules’ set by Google if you want to grow readership – aside from the obvious prerequisite that is quality content, obviously. So while we don’t use clickbait for our titles, we still have to keep keywords in mind when we write a headline. Not really that different when you’re not being pedantic, but at least it’s way less misleading, and contains more content.

This is of especially great concern for us since we’re not an American site – their local news is nearly always qualifies as international news – and with a crowded scene, there’s a ton more reason why we must adhere to Google’s playbook to stand out, get more numbers, all that jazz. You could say that clickbait culture has bled into legitimate media. But I digress. So yes, dodgy ads and recycled content is how these viral sites tick, and they mainly only pollute Facebook, as it’s the only platform that is populous enough for them to spread like the bubonic plague. And the keywords that they use are something you should be familiar with right now – clickbait titles that would wind your curiosity up to eleven by having half a detail, driving your urge to understand what the incomplete sentence in the title is all about. And that’s all that they do – jacking up viewership numbers so that they get paid more for ads, and then gathering your info without you knowing so that it could be sold for more cash to ad agencies to sell you targeted ads.

Facebook has taken steps to prevent the spread of course, and more so now with the implication that its allowing the propagation of fake news has swayed the U.S. Presidential Election in a particular direction. But as long as ads work they way they do, this isn’t a problem that’s going away. And no, I’m not saying that it’s a problem that’s not going away anytime soon, it’s not going away, period. Unless ads cease to exist, but were more likely to return to barter trading than that.

And it’s not Facebook’s war to fight alone either. This collective pile of bile that is clickbait, pointless content and fake news is something we all have to suppress, and it takes a collective effort to make it happen. These are all the pointless things that don’t matter, and aren’t time-sensitive as news and satirical memes, with are informative and entertaining.

That said, considering my Facebook feed is flooded with inspirational turd and “This dog is so amazing, because reasons!” videos, it’s not an effort we can realistically expect help for. There’s still hope, and that’s coming from you. From those of you people who are so fun at parties you make simpletons so green with envy that they can’t help but state the obvious, thinking they’re being sarcastic. All of you who made it this far through this wall of text.

And I begin with clickbait. Now, clickbait is playing a lot with the flaw in human psychology, and is extremely effective as a result. It teases us with pieces of a puzzle that’s usually unrewarding, and exploits our need to get the whole picture. So dealing with this is understandably difficult. But maybe you’re like me, and have waded through enough trash to know that sometimes indifference is a better alternative to having your curiosity piqued and then left inadequately satisfied. Truth be told, that’s all there is to it. All that’s left is to identify clickbait language and avoid them like the plague. The easy method is, if a title is not telling you what’s going on but it still makes you feel curious, then that’s your cue to ignore it. 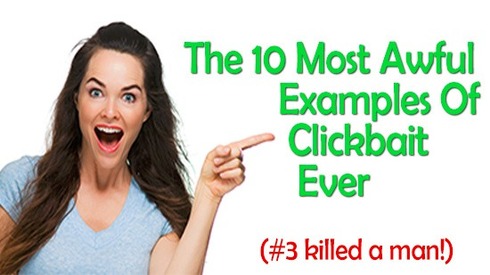 Fake news, on the other hand, is a different beast to slay entirely. Because they use legit language, and tell you in the title what you’re about to read more about, they look like the real deal. Then you delve deeper and they present to you sources and quotes from eminent figures to make the whole thing believable. And indeed it is, hence why people fall for it. But here’s where a little fact checking using the help of uncle Google can do wonders. Firstly, look at the name of the publication. Most that are familiar will already have a reputation of being legitimate or a disseminator of lies. If it’s a new name and you’re not sure, then give the article in question a quick Google. If other legitimate news sources are reporting on the same thing, then chances are that it’s real (there’s still the chance that a ton of legit media outlets getting conned by bogus info, but that’s pretty rare).

Then again, when we take into account that sometimes legitimate news sources can be duped into spreading false news, there’s all the more reason that we take steps ourselves to ensure we’re not duped into 1.) believing them, and 2.) helping spread lie out of ignorance.

There’s a list compiled by NPR that is actually already pretty brilliant. And when you think about it, they’re common sense really. And we start with one that most of us, especially the elderly, take for granted – paying attention to the domain and URL. My father was once so convinced that Queen Elizabeth II has passed away, because his friends sent him spam mail that featured www.theguard1an.com, instead of www.theguardian.com. It’s things like this that you’ll need to look out for.

Next is reading the ‘About Us’ section. Sometimes this can be useful, but through my experience, the section is usually obscured – if they even exist – and usually have nothing much on them. And this is commonly the case when we’re talking about false sites as well as the real deal. But if you do find them, and find a lot of information like members of its leadership, vision, mission and sponsors if any, then chances are you’re safe.

The third step is something that I am sometimes guilty of, and that’s the quotes in a story. Usually when talking about a complicated topic, there will be quotes by experts in the field sharing their two cents on the subject. When you’ve identified them, then do a quick Google search on those quotes. If they really said what they did, then there should be a lot of other sources quoting it.

Finally, if a site that you’re reading has a comments section (or if you came across it via Facebook), then they can also be of help. There’s always the chance that someone has taken the above steps, and if they have found contradicting evidence, there’s an equal chance that they’d tell everyone else in the comments section. If you do see such comments, then there’s all the more reason for you to be skeptical and do your own homework. 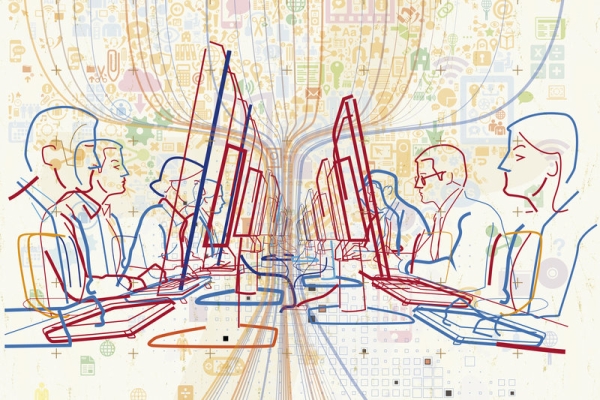 And there you have it - steps to take against clickbait and fake news, so that everyone can be less ignorant and actually have truths go through our eyes and into our heads. Hopefully no one pulls another dark chocolate diet stunt again, lest all this being for nothing.