Thanks to Middle-earth: Shadow of War and Star Wars Battlefront II, there’s now a lot of talk about microtransactions, and a lot of arguing about whether or not they are justified. I’ve said it before and I’ll say it again: microtransactions have no place in a game that isn’t free. The two games mentioned above are great examples of getting it wrong, and there are plenty of others that we can use as examples of doing microtransactions the wrong way. So what is the right way to do it? In what way can you apply microtransactions in a way that’s acceptable?

Actually, as I began writing this, I just remembered that there’s a Jimquisition episode on this as well, which has described the ways you can do microtransactions without being a psychological and financial predator. But as a recap, the essential takeaway here is, like I mentioned before, is to decide if you want money upfront for your game, or if you want a potential perpetual flow of money. The Jimquisition episode also gave some pretty good examples of games that do microtransactions properly, so I’ll only touch on one that I personally have a soft spot for – Warframe.

To be clear, I’ll be speaking a bit about Warframe’s history, and why its current form is the way to go if you want microtransactions in a game. I’ll also note right off the bat that there’s a massive vacuum in between, from when I previously quit the game and when I most recently played (which was just before the latest patch, Plains of Eidolon, came out).

When I started playing Warframe, it was still sort of in its infancy (Excalibur Prime was still a thing, serving a role that’s best described as a Kickstarter backer reward). It was barebones, and the grind was pretty limited, but still very real. As I recall, Frost Prime (pictured above) was still new and it’s the thing everyone was grinding for. The fun in it was, like many of its loyal fans will tell you, the fact that you felt powerful while you played it. The grind for materials was pretty secondary, as you spend most of your time actually leveling up your Warframe and weapons. And as your frames gained levels, you get access to more of their skills, giving you more abilities to tear through the opposition. I say the grind was limited because the types of resources were limited, and most weapons and frames used the same kinds of resources. After awhile, with enough resources, I could craft all the frames (there were only 12 back then, Primes excluded), as well as most of my favorite weapons. By the time I actually crafted them all and maxed out their levels, I had enough resources that when newer frames were released, I would not need to do any more farming. All I needed to do was hunt for their component blueprints, and I’ll have a new frame in three-and-a-half days (or immediately if I’m willing to spend some premium currency called Platinum – this is a Free-to-Play game after all), the process of which got me even more materials for future weapons and frames.

The problem with that is, having enough inventory space for new weapons and frames means spending Platinum. You had only enough slots for two more frames in addition to your starting one, and getting more meant spending Platinum. And you only start with enough Platinum to buy one more Warframe slot. You could just get rid of older frames, but it keeps your options very limited. Unfortunately, at this point in time, there was no other way to get Platinum but buying with real money. Fortunately, you get rewards as a login bonus every day (mostly in-game resources and resource boosters), and one of the rewards gets you up to 75-percent discount off Platinum prices, with the discount lasting two days. It’s not ideal, but for RM50 (back then, which was early 2013) I could get enough slots for all the frames and a few more weapons that get released in the future that I may fancy. And for a game like Warframe, RM50 seems like an okay price to pay. In fact, I would later spend another RM50 on it, simply because I thought: "I had fun with this game, so why not?" Fast forward a few years and trading was introduced, letting you trade components of Prime weapons, and frames for other items, including Platinum. This meant that from this point on, you can easily farm for your first two extra frames, and in the process would have enough spare parts to sell to other players for Platinum. You need not spend a dime anymore to collect every weapon and every frame, provided that you have collected enough junk to sell to others throughout your farming spree. One man’s trash is another’s treasure, after all, and thanks to trading, you don’t have to pay for premium currency if you don’t want to, as you can always trade for it with someone who does want to pay for it.

And around the same time, alongside new content (and some content reworking and refreshing), more frames were introduced, along with new materials needed to craft them. As a longtime player, this still meant more farming for these new materials as the stockpile of materials I have are not quite as relevant as they once were. And also for a veteran like myself, I can’t just buy them with Platinum because the only resources that I can buy are the ones that I already have in abundance, with a couple of exceptions. For newer players who may be overwhelmed by the resource requirement in crafting new equipment, it may be a reason to spend money to buy Platinum, to buy the old world resources. But when you can now easily acquire Platinum via trading, there is absolutely no reason for you to want to buy Platinum, unless you want to, just for the sake of it. There is, undoubtedly, still debate on the implementation of microtransactions in Warframe. For those who say that the Platinum requirement is very steep, I can still see where they’re coming from, especially coming from a time where Platinum had to be bought since there was no such thing as trading. But on the bright side, even with the implementation of trading the cost of things that you can buy with Platinum has fortunately not inflated. But ultimately, I will say this: Warframe is a much better game than it was four years ago, and while the need to buy Platinum has gone down, it certainly deserves it a lot more now. It’s got enough content to put AAA retail games to shame without charging you a dime, and with just a little patience in getting the 75-percent Platinum discount, giving its developer Digital Extremes a sale price of RM50 can get enough Platinum to last you pretty much forever. If you’re feeling generous and feel like paying the full retail price of RM250, you can be lazy and splurge on nearly anything and everything you fancy.

And as for the optional cosmetic stuff, you see what you want and pay Platinum for it, plain and simple. None of that ‘open a ton of boxes perpetually on days you feel lucky, and getting a load of nonsense you don’t want’ rubbish.

We live in an age where so-called AAA game publishers sell you incomplete games, sells you the parts initially left out as DLCs and season passes, and charge you perpetually more for microtransactions and lootboxes so that you’ll overcome the excessively tedious resource grind. At the same time, we have games that don’t ask for a dime, offer more content than most AAA games, allow you access to premium currency simply via in-game trading, and has a balanced enough economy to keep that going without breaking.  This is, to put it as simply and diplomatically as humanly possible, the irony of ironies. So ultimately it all boils down to this: is Warframe’s way of implementing microtransactions the right way?

To be honest, it’s still entirely debatable. But what we can be sure of is that it’s definitely not the wrong way because it manages to not tick all the wrong boxes – by not being Pay-to-Win, by not having loot boxes that you can buy with real money, and most importantly, after the implementation of trading, actually making microtransactions the actual definition of optional. 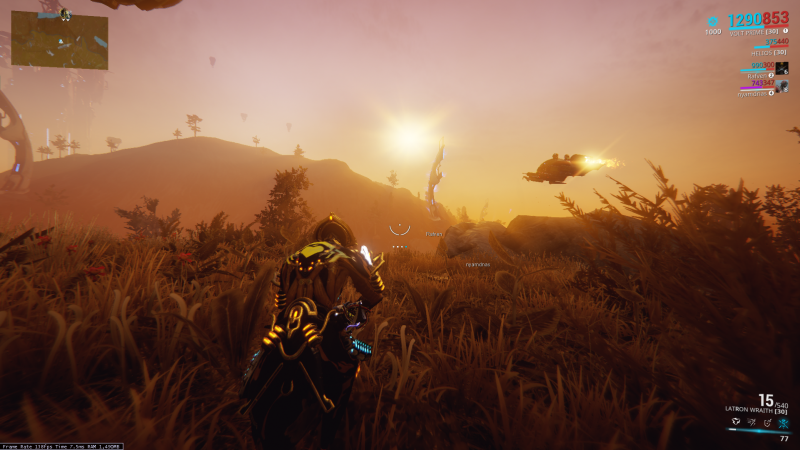