The Division, post-patch 1.4: You’re only as good as your first mistake

Tom Clancy's The Division’s Patch 1.4 has been out for awhile now – with Patch 1.5 already on PC public test servers – and I have to say that it has been great. This is a patch that has reworked the fundamental mechanics of the game, and now it’s more playable than ever. So good it’s been that the developer Massive has announced the next patch that introduces a new tier of gear and enemies without breaking the balance achieved by Patch 1.4. But some would argue that all this comes too little, too late. Some would also say that Patch 1.5 is coming too soon, but that’s a discussion for another day. While Patch 1.4 being too little is debatable at best, it’s definitely a fact that it came too late. The damage has been done, and many of the alienated players do not intend to return to the game. This all brings me to the point that was made to me before, and that I’m trying to make today: you’re only as good as your first mistake. To start off, Patch 1.4 is anything but too little. The fundamental changes made to the way the game works is tremendous, and resulting in a few reasons to play this game once again, especially if you’ve quit the game because of the terrible imbalance, which was magnified in Patch 1.3. End-game enemies today are no longer human-shaped tanks with diamonds for armor, armed with ICBMs in the guise of bullets. You can now use whatever skills that fit your play style and still have them tip the balance of an encounter in your favor, unlike before when only a couple were used because they were so much better than the rest, and without them you wouldn’t stand a chance against the overpowered enemies. 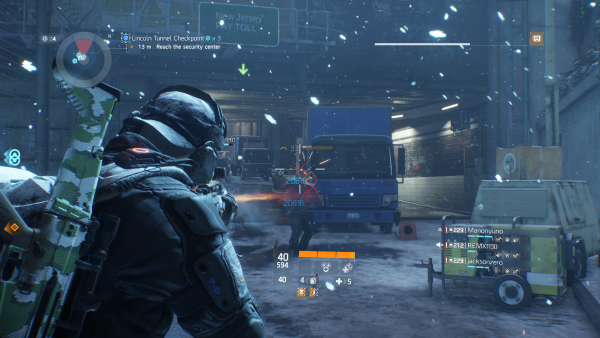 You also no longer have to use mid-game gear to grind end-game missions with, in order to obtain the end-game gear that you need to realistically clear the end-game missions to begin with. And you no longer have to do them a million times over because the drop rates of good gear is so terribly low, and when you do finally get them, the stat rolls are all totally wrong. Now top-rank gear drops from any high-end content, so that when you get to the end-game proper you don’t get shredded within a second of the encounter. And they also drop with fair frequency so you won’t have to spend an eternity gearing up that by the time you’re ready, the game implements content with even higher difficulty that what you’ve been gearing up for.

As a result of all this, I’ve played The Division so extensively last weekend that I’ve collected all the vanity items on both non-DLC Incursions – thanks in no small part to the competent randoms that I’ve teamed up with via matchmaking who have also benefited from the improved drop rates, and a decent pair of headphones that I’ve been testing (you’ll have to get the December issue of HWM Malaysia for that review though). This is something that I could never do before this because I couldn’t be bothered to min-max gear that wasn’t of maximum gear score. When I do get better gear and min-max them, I can’t help but think that the effort and resources I’ve put into min-maxing my current set will have gone to waste. And I’m as thrifty as anyone can be when I’m playing a video game. You can ask my friends and they’ll tell you that I never use consumables – not even recovery items – until I’ve made at least the first Job Advancement of any MMORPG.

But I digress. Back on point, it’s actually much easier to get good gear, now that it doesn’t matter if you get crap stat rolls. Some would argue that it’s a bit too easy, and that people are getting more gear than they know what to do with. On that I have to disagree. Because when I have luck so horrible that I can fail a 100-percent success rate gamble, I’ll take all the gear that I can get, and those complaining about having too much of a good thing can go and impose their own desired impoverishment on themselves. 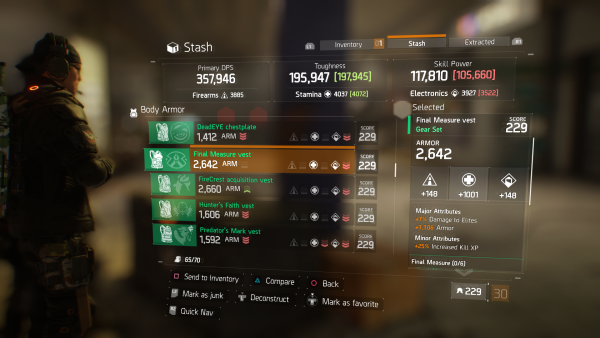 Because of this mechanic rework, PvP has also inadvertently become more balanced as well, even when PvP was not the focus of Patch 1.4. Not that I would know if this is true because I loathe PvP, but again I digress. So overall, the fact that Patch 1.4 is too little is arguable at best, and is untrue as it is. But considering that it may have actually come too late, on the other hand, then yes, you need more than that to pull the players back.

About three years ago, a former Editor-in-Chief told us that “You’re only as good as your first mistake.” This is another take on ‘You’re only as good as your last screw-up’, a more accurate version of ‘you’re only as good as your last performance’. Which is true – while on a personal level you shouldn't beat yourself up over a mistake you made – they’re inevitable anyway, and is a learning experience – society doesn’t quite work that way. People will always remember you by the last mess you made, and ignore all the good you’ve brought before or henceforth. Similarly, if you have a perfectly clean track record, the moment you miss a step for the first time, things can go two ways. If it adds only a slight blemish to your track record, society will polish it off for you. But if your clean history is suddenly marred pretty badly, people will bring it up no matter the extent of your fixing it, even if it ends up becoming better than what it first was.

And we see this in The Division. The game will go down in history as one of the few cases where the developer actually take in feedback from players, takes the courageous step of admitting that they messed up, and work hard to fixing it again. People, on the other hand, will only remember the big mess that was Patch 1.3 and would avoid it like the plague, despite it now being as clean as a Michelin-starred restaurant’s kitchen. Sure, some fundamental issues remain like the sore lack of content and graphical fidelity compared to the initial trailers during E3 2013, as well as the short and stale narrative of the story. All that shouldn’t discount the fact that The Division started out alright in terms of gameplay, which went downhill, and became alright again thanks to the humility (a word I personally hate, as it brings a different connotation from humbleness even if they mean the same thing by dictionary definition) of the developer Massive.

So now the game sits in a position where it’s better than ever, but is played by less people at the same time. The few friends I have that play the game have also decided not to return ever, and they’re not alone in making that kind of decision. And so now I play the game alone, teaming up with randoms via matchmaking until I get gear with decent stat rolls for me to min-max and, just maybe, venture into the griefing hell that is the Dark Zone in an attempt to get revenge on the griefers that had made my life difficult before patch 1.4.