Of developers and publishers, and knowing who came up with bad ideas

Triggered by the most recent episode of the Jimquisition (the one this Monday doesn't count as it's a rehash), I felt the spontaneous need to talk about game developers and publishers. And I’ll start off with Ninja Theory and its latest release – Hellblade: Senua’s Sacrifice. 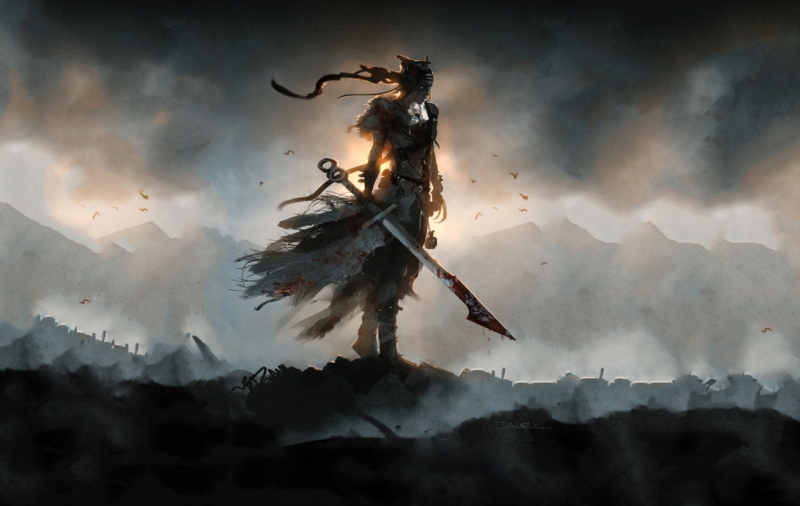 Ninja Theory is a game developer that I have contradicting feelings about. On one hand, Ninja Theory is a decent developer. After all, the team made Heavenly Sword, which was pretty well received, and they had a part in the making of Disney Infinity titles beyond the first one. But on the other, Ninja Theory also made DmC: Devil May Cry, which was another okay game like Heavenly Sword, but a disgrace to the Devil May Cry name. This is immediately before it proceeded to make and self-publish Hellblade: Senua’s Sacrifice, which may as well have been called BynT: Bayonetta.

But because it wasn’t called that, Hellblade is, by seemingly all accounts, a very good game. It’s a game that’s published by the developer itself, thus having no overlord dictating if it should have immoral monetary practices like pay-to-win microtransactions and superfluous DLC. It’s also priced at US$29.99 (RM56 on our local Steam store) which, while not exactly rare, is still quite the anomaly among the sea of US$59.99 games. And I’m using U.S. pricing to make my point here because the usual US$59.99 game does have a fair amount of variance as they enter the Malaysian market. 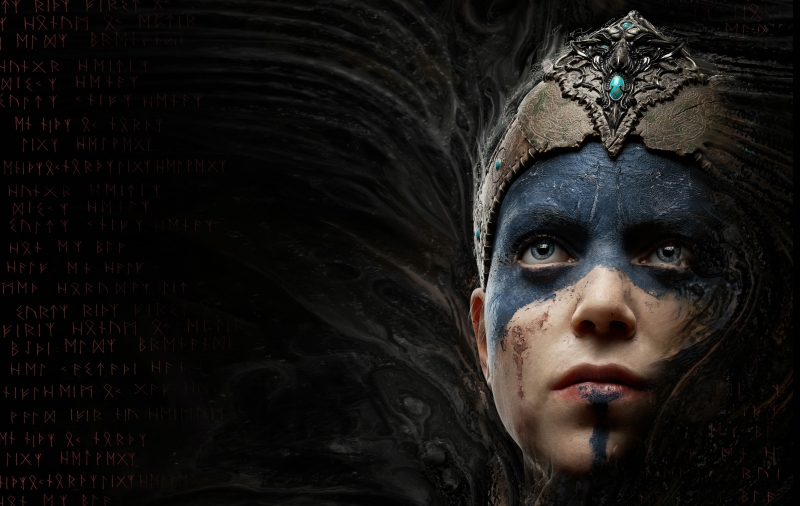 This is in direct contrast to Middle-earth: Shadow of War, the price of which doesn't only start from US$59.99, but comes with countless versions that cost more. And that’s before mentioning the microtransactions found in it, which is similar, if not outright identical, to the one from Metal Gear Solid V: The Phantom Pain. I have once given the latter a perfect score in a review before the microtransactions kicked in, and they are now the reason that I’m no longer playing that game. But I digress.

Getting back to to the topic at hand, for a start, I think it would be fair for the public to learn one thing: to separate the developer from the publisher when we look at a game that’s in the market. Also, if the game has a publisher, it’s fair to say that everything said by the developer should be taken with a pinch of salt. And Ninja Theory and its self-published game is the reason why I say this, as much as I have issues with the developer.

Take Middle-earth: Shadow of War, for example. It’s made by Monolith Productions, but published by Warner Brothers Interactive Entertainment (WBIE). The important thing to know about these two companies is very important. Basically, things go one of two ways. One, the publisher is also the developer, or owns the company that develops its games. Second, the developer is an outside company that has an idea for a game, and looks for a publisher to cover the cost, as well as deal with marketing of the game. Or maybe, and perhaps not very likely at that, a publisher throws a wad of cash at a developer, telling them to make a game that the publisher wants. 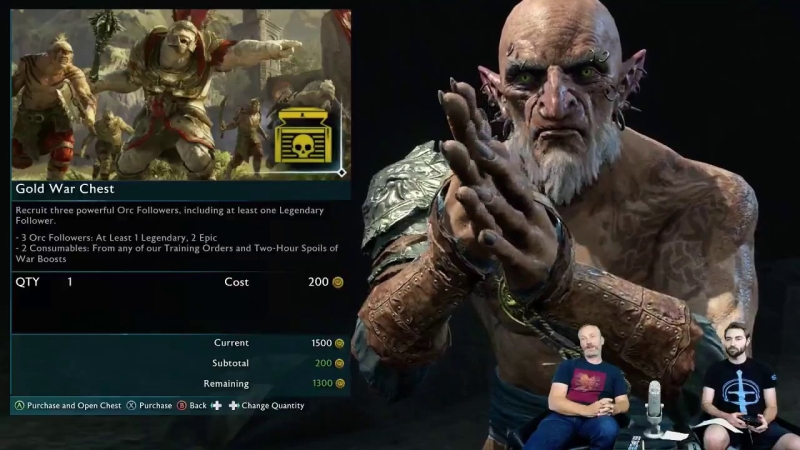 And here’s where the problem begins. Going back to when Deus Ex: Mankind Divided was just launched, it was alleged that Eidos Montreal was forced at the last minute by Square Enix to put in microtransactions. Eidos supposedly protested, but here we are, with Deus Ex: Mankind Divided having microtransactions in them. Then there are other issues like Eidos Montreal supposedly forced to split Mankind Divided into two, so that the game can be sold twice with the second half as the sequel, but by now, you get the idea.

The point here is that if the developers want the money from the publishers, they’ll have to submit to their will. And when you hear Monolith defending microtransactions in Shadow of War, it sounds like something that they have to say instead of something that they want to say. Because it’s easy to imagine WBIE booting them out, even at this stage, if Monolith went and said on screen: “Oh, we didn't want them in our game either, but we won’t get paid for our work if we don’t put it in.” And so because of that, we get an interview by Eurogamer like this one, which makes it sound like they don’t mean what they say, never mind their real intention, whatever they may be.

And when you consider that WBIE tried to profit off of Monolith executive producer Michael Forgey’s unfortunate passing – or indeed be shady about collecting donations for Forgey’s family in the form of opaque DLC practices – it’s beyond difficult trying to think that publishers care about the people who make and buy their products, and only care about maximizing their return of investment, even if it will result in bad PR that will diminish their ROI further. WB has since announced that the Forthog Orc-Slayer DLC will be free after all, and I won’t say that it’s another case of too little, too late, but the damage has indeed been done. Michael Forgey’s family will be properly getting the money WB said they’ll be getting, but not before the latter putting itself in a negative light. 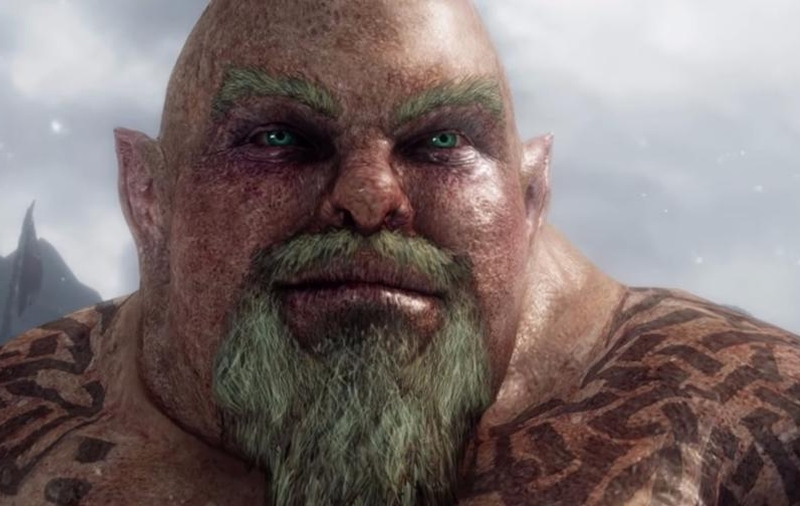 Of course, not all publishers are like this. And sometimes, the very same publishers who have made questionable decisions have made really consumer-friendly decisions as well. Take Square Enix, again. It’s the same company that’s developed and published Final Fantasy XV, a title that’s got an entire ecosystem on its own. In the main title, there are one-off DLCs that don’t make sense, sure, along with side stories for Gladiolus, Prompto and Ignis (that last one coming pretty soon), which make perfect sense. But there are absolutely no microtransactions that require you to perpetually buy in-game resources using some special currency that is only obtainable using real-world money. Then there’s Sony, who have published plenty of games without interfering with their developers’ creative freedom. Examples include From Software’s Bloodborne, Guerilla Games’ Horizon Zero Dawn, and Naughty Dog’s Uncharted series and The Last of Us.

So there are a lot of publishers out there, and there are even more developers who make games for these publishers. More than those combined are games published, and inevitably, there are some out there that will tank due to a variety of reasons, be they poorly thought-out mechanics, bugs or consumer-exploiting practices like microtransactions. Before we bash the people responsible for these games, though, we have to be specific with who we’re bashing, because sometimes it’s the developers’ fault – like when gameplay mechanics don’t work properly – and other times, it’s the publishers'.

When we can achieve this – blaming the party that’s actually at fault, and helping them identify precisely where the fault lies instead of blanket napalming, dragging the innocent along for their guilt by association – then maybe we’ll get more games like Hellblade: Senua’s Sacrifice that are free from blatant greed. Maybe then, we’ll finally be free from games that ask for the world but don’t give us our money’s worth. This last one is stretching it a little, but maybe publishers will also understand that sometimes, leaving the developers to, err, develop the game on their own without having money-leeching mechanics forced in there would be the most effective way of actually making money.

At this point, you’re probably thinking: “Why is this person painting publishers in such a bad light?” and that question is justified. And again, I’ll say that not all publishers are like that. It’s just that this worrying trend is catching up, and I’d like to say something before it is too late, and every other developer starts doing the same thing simply because it’s the norm, much like it’s the norm to price games at US$59.99. But you feel that my opinion is not justified, then show me a game that’s self-published by a developer that isn’t also a big-time publisher (so no Sony, Square Enix, Konami, those sort of developer/publisher companies) that’s also got microtransactions in it. In other words, show me an indie triple-A game like Hellbladee: Senua’s Sacrifice that has got microtransactions, and you’ll turn my 1,200 words here into complete drivel.

And on that potential bombshell, adieu to y’all.