Decorations are usually done to make food look more appetizing, but sometimes it doesn’t always turn out to the way it is suppose to be. I remember being offered a cupcake with a rabbit drawn on top with some cream toppings, but it looked anything but a rabbit (the cupcake still tasted good though). You have to wonder whether the person who was making the cupcake was really trying their best, or was just plain sick and tired of ‘drawing’ rabbits.

Having said that, there are many other methods to go about decorating a meal. This can range from using molds to give some shape to your food, cutting it in all exotic manners, or simply printing a sugar-coated cover to place on top of a cake. These are essentially superficial manners to present your food better.

However, the folks at Cornell University have taken the concept of food presentation a step further by proposing a 3D ‘food printer’, adding a new digital level to the art of food making. The project began in 2005, with the aim to create a do-it-yourself machine that is capable of printing custom objects. It wasn’t until 2007 that food fabrication took root. 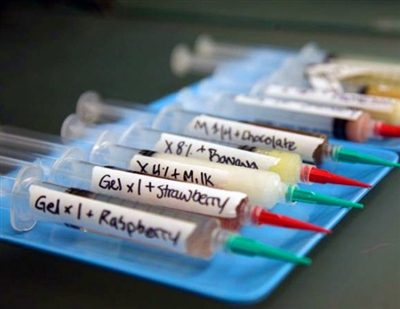 This process was dubbed ‘Solid Freeform Fabrication’ (SFF) in that it uses a device that uses liquefied food as ink. Unlike a normal printer, SFF machine requires users to load up syringes that holds the liquefied food such as soft chocolate instead of a cartridge of colored ink. Imagine being able to print out massive quantities of cakes, cupcakes and cookies with the ability to have specific designs imprinted on your food with near-perfect consistency. 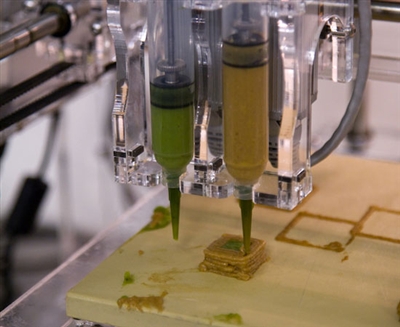 No doubt the use of this machine, especially once it becomes mass produced and standardized, will have an impact in the culinary industry. We can expect 3D printing technology to aid culinary experts in their quest to produce food that not only tastes good but also impressively presented. The SFF machine will also benefit the professional culinary domain primarily in two ways: lending new artistic capabilities to the fine dining domain and also by extending mass-customization capabilities to the industrial culinary sector. 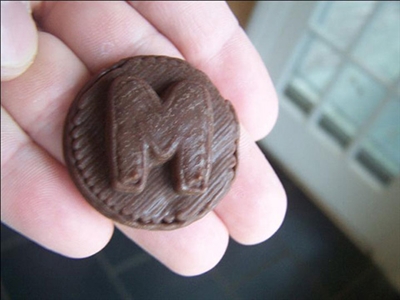 Besides the professional culinary field, the technology will also definitely help in the overall food market, especially in creating more presentable cakes and cupcakes such as the poor rabbit that I mentioned earlier. This will also increase the production of food products as it relies on machines to print the decorations on top of the food item, instead of needing to learn how to do so manually, allowing just about anyone to come up with a decent quality decoration on their food.

In my opinion though, the idea of producing ‘printable’ food has a rather sci-fi ring to it, and may allow people to produce stunning decorations on their food with ease. However, this may also cause the loss of talented culinary workers, as the demand for their services may further diminish. All in all, it is far too early to say anything as the technology is still in its development stages and will not likely see commercial use anytime soon.