The mobile gaming industry has been dominated by several household names over the past decade or so. Portable gaming devices such as the legendary Nintendo Game Boy, Sony PlayStation Portable or Nintendo DS are some of the names that come to mind when one thinks of mobile gaming. There is also the less popular option of getting a gaming notebook equipped with just as much processing power as any pre-built desktop gaming rig. So, are these gaming notebooks really up to the task of replacing desktops, or are they just really powerful notebooks that could weigh you down and also cost a premium? While the frame rates largely depend on the complexity of the game that is being played, my point is that even though they may be of the same class, the performance obtained from the two components may be worlds apart.
In terms of display, I actually believe that this is one area where gaming notebooks shine. Usually equipped with LED backlighting and having a native resolution of 1920 x 1080, these displays deliver crisp and clear images no matter where you view them. Displays for desktops, on the other hand, which support these features tend to be exuberantly priced, usually costing more than RM 500. Another area related to the display is the 3D aspect of it. Gaming notebooks, such as the Toshiba Qosmio X770, come equipped with a 3D-ready displays and an integrated emitter, enabling users to experience stereoscopic 3D gaming right out of the box. For desktops, you’ll have to purchase a 3D-capable display and active shutter glasses separately if the glasses are not bundled with the display.

Next, we have audio quality. I have to admit that gaming notebooks nowadays do offer solid sound quality. Gaming notebook manufacturers the likes of Toshiba, Dell, and MSI have teamed up with renowned audio specialists (e.g. harman/kardon, Klipsch and Dynaudio respectively) to offer users top quality audio that is comparable to a basic 2.0/2.1 desktop speaker system. Admittedly, gaming notebooks can’t offer the ground thumping bass a 2.1 desktop speaker system can. But in terms of overall sound quality, they come pretty close. 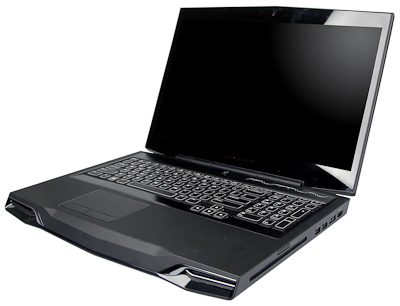 Finally, let’s talk about the overall performance levels offered by a gaming notebook. Comparing the PCMark05 benchmarks of a refreshed Dell Alienware M17x and a full desktop rig running on an X58 motherboard and an Intel Core i7 980X with 6 GB worth of RAM, I found that the M17x was capable of getting scores averaging around 10,000 points, while the desktop rig was able to attain scores averaging the 13,000 mark. Pretty close, if you ask me.

So, at the end of the day, are gaming notebooks really worth it? On one hand, they do make for a rather solid replacement for your desktop, but considering the price of owning one, I would much rather invest in a customized desktop PC.