Batman: Arkham Knight shows that the PC isn’t the “master race” for gaming

I’m sure by now everyone would have known of Batman: Arkham Knight’s PC wreck. Four months after the PC version of the game was initially pulled, the game still a poorly optimized mess, and the publisher is now taking in refunds.

There are, of course, several issues with the whole affair. First is that unlike the previous mess that was Assassin’s Creed Unity and Battlefield 4, this is a problem that only affects the PC. The second is what WB has to say about the whole thing, but more on that later. 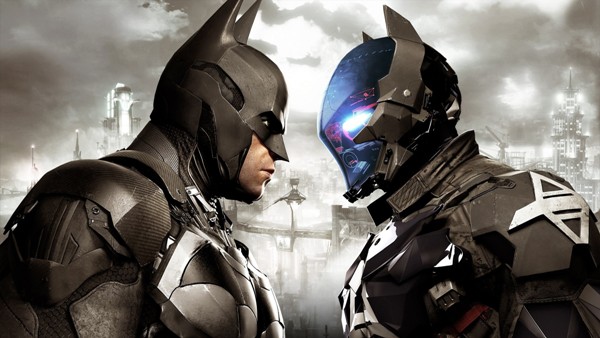 Now, before I continue, let me just say that except for mobile, I game on every other platform. I used to game on a PC before it got too old and sluggish – no method of cleaning up, physically or software-wise works anymore – to run any of the recent games on merely medium settings; I game on the PS3 and PS4; I used to game on the PSP before it broke and went missing; I also game on the 3DS. I’m considering getting a new system to play Fallout 4, too. So while I’ve got the backs of anyone who thinks mobile trash should just fade into the dark chapters of gaming history (I’ve nothing against mobile gamers themselves, however), I also wish the people who rally behind the “PC master race” line would do the same.

No doubt the PC is still the best way to game, considering the processing power it has over consoles, and handhelds, especially with the current generation. It’s also the most versatile; you can always plug in a controller or a monitor the size of a TV to a PC, but it’s a little harder to do so with a console. That said, some games are just – personally – meant for one but not the other. You can’t properly play an RTS or FPS on a console, but conversely, while you can play fighting, action-adventure or even role-playing games on a PC, the experience just isn’t as rewarding as playing them on a console. This is why, while the entire Arkham Knight debacle is a sad one, I am very glad it happened. It shuts the pissy mustard racers up, even if only for a while. Even if it’s not the way it should be, I feel that gamers are united in being troubled by such a development in the gaming industry, in keeping themselves too busy with things that actually matter instead of dividing themselves into “PC master race” and “console peasants” unnecessarily.

That said, I feel bad for other non-elitist gamers who play on the PC, because of what WB said about Arkham Knight. On the game’s Steam Community page, you’ll find this statement by Warner Bros Interactive Entertainment:

Until the end of 2015, we will be offering a full refund on Batman: Arkham Knight PC, regardless of how long you have played the product. You can also return the Season Pass along with the main game (but not separately). For those of you that hold onto the game, we are going to continue to address the issues that we can fix and talk to you about the issues that we cannot fix.

Now, just look at that last sentence. Read the second half of it. Tell me what do you think and feel about “the issues that we cannot fix.”

Now, I don’t want to be jumping conclusions or anything, but I just wonder what can be so fundamentally wrong with a game that its developers will be facing unkillable bugs in their own creation. How does that work? Is it something wrong with the coding that is so severe that it cannot be fixed? Will fixing mean rewriting the whole code, or will even that be insufficient? Anyone with the knowledge, please share your insight.

There is also little reason to be blaming the developer for this, since there weren’t any issues with Arkham Asylum and Arkham City. Not of this nature anyway, if any. Rocksteady itself apparently worked on the console version, and the PC port was handled by Iron Galaxy Studios, which deals mostly in the development for previous-gen consoles. If there is a mistake, then this is probably it. No idea if it was WB’s or Rocksteady’s decision, or the reason behind it. Or if it was a mistake to begin with, but I digress. 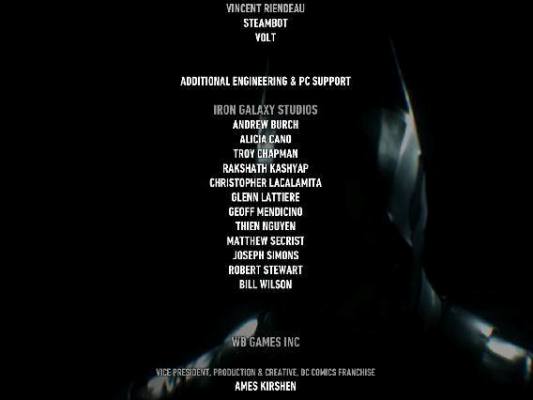 I did for a while worry for the PC gaming industry, and the impact this whole thing is going to have. I realized immediately after that nothing is going to happen, and that the pissy mustard racers are just going to recover from this episode and continue insulting console gamers once this is all forgotten. It’s the only one of its kind in a very long time, and usually consoles face more problems, like the recent report with Fallout 4 on the PS4. The previous incidences with Assassins Creed Unity and Battlefield 4 applied to all platforms, where they were all equally bad, too. It’s going to take a few more games that ran very poorly only on the PC in quick succession for there to be any major concern, and that’s very unlikely to happen. Or maybe I just jinxed it and ensured that there will be a few more PC-only mess-ups coming our way, Fallout 4 included.

And on that inauspicious bombshell, adieu to y’all.